There are three important points to know about Vehicle Code 27803. 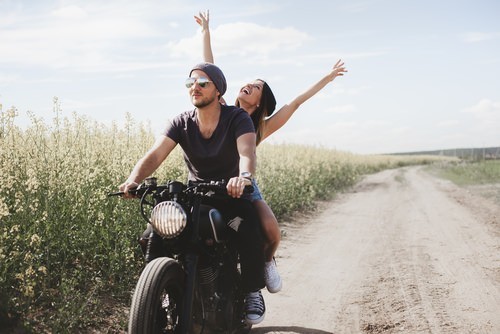 According to California Vehicle Code 27803, a person operating a motorcycle in California must wear a safety helmet.

According to California Vehicle Code 27803, a person operating a motorcycle in California must wear a safety helmet.

Please take special note that the above language includes passengers. This means motorcyclists in California are required by law to make sure that they, and their passengers, are wearing safety helmets.

2. The penalties for driving a motorcycle without a helmet

A driver that violates Vehicle Code 27803 will receive a ticket and he must pay a corresponding fine. The fine for operating a motorcycle without a helmet is $197.00.2

Motorists or motorcyclists that receive traffic tickets in California sometimes receive points on their DMV driving record in addition to a fine. A person violating VC 27803, however, is not assessed any points.

This is a good thing since points placed on a person's driving record are ultimately reported to his insurance carrier. The result is typically an increase in the person's insurance rates for several years.

A further problem occurs when points accumulate over time. If a driver in California accumulates a certain number of points within a 1-,2- or 3-year period, he can get a negligent operator license suspension. If this happens, the DMV can either suspend or revoke the motorist's driving privileges.

A motorcyclist that receives a ticket for not wearing a helmet does not have to automatically plead guilty to it, or admit he was at fault. He can always challenge the ticket by raising a legal defense. If this is done, though, it's best for the motorcyclist to gain the assistance of an attorney.

3.1 Common defenses for not wearing a safety helmet

There are three common defenses for violating Vehicle Code 27803 VC. These are: 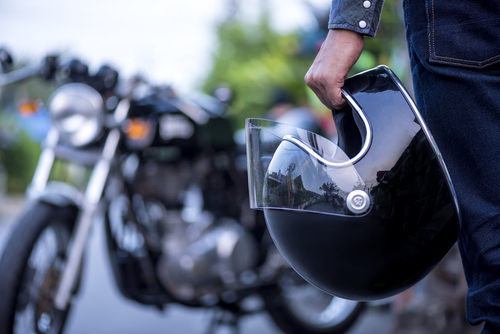 Motorcyclists can represent themselves when challenging a ticket for not wearing a helmet. But, it's in the motorcyclist's best interests to contact a California attorney for help.

Help from a lawyer is critical for three main reasons. These are:

Motorcyclists that violate VC 27803 do not have to attend traffic school. But, they can volunteer to do so.

The benefits, though, might not be worth the time and expense. If a driver chooses to attend traffic school, he must still pay his fine.3 Further, a benefit of traffic school is that it most often removes any points from a person's driving record. Motorcyclists, however, will not enjoy this benefit since they do not receive points on their record for violating VC 27803.

In general, drivers can choose to go to traffic school if:

5. Operating a motorcycle without a helmet and criminal charges

The State of California does not file criminal charges against a motorcyclist if he violates Vehicle Code 27803 VC. This is because it's not a crime for a person to drive a motorcycle without a helmet.

Violations of VC 27803 are infractions under California law. Violators are not subject to incarceration or any other criminal penalties. 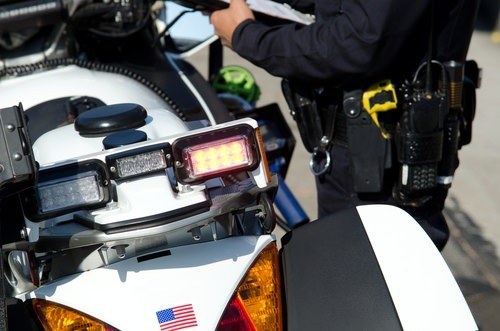 It also does not matter whether the offending driver is guilty or innocent of the underlying traffic citation.6 He violates Vehicle Code 40508 just by breaking a promise to:

7. Effect of not wearing a motorcycle helmet on a personal injury lawsuit

Motorcycle accident lawsuits are common in California. These lawsuits are typically filed because a person was injured, and that person wants to recover damages from his injuries.

The best way to explain the effect of a motorcyclist not wearing a helmet on a personal injury suit is to consider:

A motorcyclist that is not wearing a helmet can very well get involved in an accident and injure another party. If the injured party later files a lawsuit against the motorcycle driver, the driver may be found "negligent."

This means a driver would be negligent per se if operating a motorcycle without a helmet because he would be in violation of VC 27803.

Some people mistakenly believe that a non-helmet wearing motorcycle driver cannot file a personal injury lawsuit. Violating Vehicle Code 27803 does not prohibit a motorcyclist from suing another person if that person caused injury. But, not wearing a helmet could reduce any monetary award that the motorcyclist ultimately receives.

There are three laws related to VC 27803. These include:

8.1 Required position of equipment on a motorcycle

California Vehicle Code 27801 places requirements on the positioning of a motorcycle's seat and handlebars.

A person shall not drive a two-wheel motorcycle that is equipped with either of the following:

8.2 Sale of motorcycle helmets that don't comply with DMV requirements

Under Vehicle Code 27802 (a) VC, the DMV can adopt certain requirements that establish safety standards for motorcycle helmets.9

Vehicle Code 27802 (b) makes it unlawful for a person to sell, or offer for sale, any safety helmet that does not meet requirements established by the DMV.10

California Vehicle Code 21208 states that bikers must ride their bicycles within bike lanes whenever they have been established.11

VC 21208 does provide four exceptions to this rule. A bicyclist may leave a bike lane when:

Were you accused of driving a motorcycle without a helmet in California? Call us for help…

If you or someone you know has been cited for violating VC 27803, or has been injured in an accident in California, we invite you to contact us for a free consultation. We can be reached 24/7 at 855-LAWFIRM. For cases in Nevada, please visit our page on NRS 486.321 - motorcycle helmet laws in Nevada.