California Vehicle Code 21200 VC is the California code section that imposes on bike riders to the same duties and responsibilities as motor vehicle drivers.

For example, under Vehicle Code 21200, bicyclists must perform such acts as:

There are four important points to know about VC 21200. 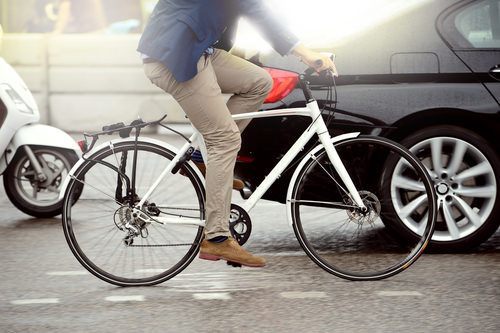 California Vehicle Code 21200 VC is the California code section that imposes on bike riders to the same duties and responsibilities as motor vehicle drivers.

California Vehicle Code 21200(a) states that bicycle riders have all the rights and are subject to all the responsibilities and duties as drivers of vehicles.1 This means, for example, bicyclists must perform such actions as:

VC 21200 (b) applies to police officers operating a bicycle during their normal course of business. The section exempts these officers from following general vehicle laws if the officer is:

2. The penalties for violating Vehicle Code 21200

VC 21200 essentially imposes upon bicyclists the same safety duties that are imposed on vehicle drivers. Since penalties may change depending on which duty is not upheld, the specific hardships for violating VC 21200 will vary.

However, in general, most penalties will include:

A biker that violates a duty imposed on vehicle drivers will receive a ticket for doing so and must pay a corresponding fine.

The exact cost of the fine will change depending on which specific vehicle law is violated. Costs can grow as high as several hundreds of dollars.3

Persons that violate Vehicle Code 21200 could also receive points on their DMV driving record.4 Points put on a person's record are ultimately reported to his insurance carrier. The result is typically an increase in the person's insurance rates for several years.

A problem also occurs when points accumulate over time. If a person in California receives 4 points in 12 months, 6 points in 24 months, or 8 points in 36 months, the DMV can either suspend or revoke his driving privileges. 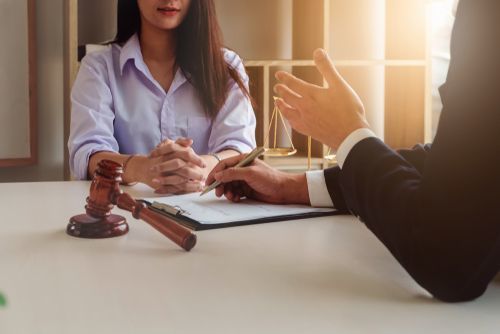 A bicyclist charged with violating VC 21200 does not have to automatically plead guilty, or admit he was at fault. The person can always challenge a traffic ticket by raising a legal defense

A bicyclist charged with violating VC 21200 does not have to automatically plead guilty, or admit he was at fault. The person can always challenge a traffic ticket by raising a legal defense. But, if this is done, it's best for the bicyclist to contact an experienced attorney for help.

Every case will have different underlying facts and circumstances. This means defenses will change depending on the facts involved. However, two common defenses include:

Please note that no matter the exact defense raised, it has to be supported with credible evidence. The best evidence typically includes:

Bicyclists can represent themselves if they challenge a VC 21200 ticket. However, it's in the person's best interests to contact a skilled California defense attorney for help.

It's beneficial to work with a lawyer for three main reasons. These are:

Bicyclists that violate VC 21200 do not have to attend traffic school. But, they can volunteer to do so.

A person can choose to go to traffic school provided that:

If a bicyclist chooses to attend traffic school, he must still pay his fine for violating VC 21200.5 However, the person generally should not get any points on his driving record if he completes the school.6

In general, criminal charges do not get filed if a person violates Vehicle Code 21200 VC. This is because it's typically not a crime if a bicyclist disobeys a law imposed on vehicle drivers.

Violations of VC 21200 are most often infractions under California law. Violators are not subject to incarceration or any other criminal penalties. 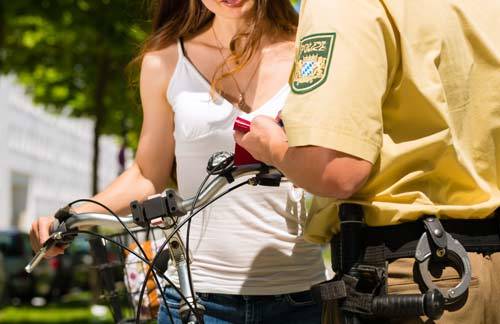 Bicyclists cannot ignore a ticket for violating Vehicle Code 21200 VC. Two things happen if this occurs. These are:

Upon receiving a traffic ticket in California, the offender is obligated to sign a written promise to appear in court. The person promises to appear on a specific day at a specific time (unless the person is represented by an attorney – see 3.2 above).

It also does not matter whether the offending driver is guilty or innocent of the underlying traffic citation.9 He violates Vehicle Code 40508 just by breaking a promise to:

7. Vehicle Code 21200 VC and cycling under the influence

Vehicle Code 21200 (a) states that bicyclists are:

Further, California Vehicle Code section 21200.5 prohibits riding a bicycle while under the influence of alcohol, drugs, or both.13

In order to prove that a biker violated VC 21200.5, the prosecution must prove three facts (known as "elements" of the crime) beyond a reasonable doubt. These are:

The punishment for a CUI is a fine of not more than $250 and no jail time.14 3 Further, if a biker is under 21-years-old, a CUI conviction can result in a suspension of his driver's license.15

Although the punishment for a CUI is less burdensome than California's DUI penalties, a CUI is still a misdemeanor and will show up as a conviction (giving you a criminal record).16 It's critical that person's charged with CUI contact a California DUI attorney now.

There are three laws related to VC 21200. These include:

California Vehicle Code 21208 states that bikers must ride their bicycles within bike lanes whenever they have been established.17

VC 21208 does provide four exceptions to this rule. A bicyclist may leave a bike lane when:

According to Vehicle Code 21202, any person operating a bicycle on a California roadway must ride as close as practicable to the right-hand curb of the roadway.20

VC 21202 does provide four exceptions to this rule. A bicyclist can disobey the rule when:

A violation of Vehicle Code 21202 VC results in a fine of $197.00. No points are assessed to the violator's driving record.

Drivers in California are prohibited from driving unauthorized vehicles on trails and paths.

The term, "unauthorized vehicle," means any motor vehicle that is driven without the written permission of the owner of the trail or path, or, the owner's agent.23

As to what is proper signage under this section, VC 23127 says that the signs on a trail or path must:

Any person who violates this section is guilty of a misdemeanor.26

Standard California misdemeanors are punishable by:

Were you accused of violating Vehicle Code 21200 while bicycling in California? Call us for help…

If you or someone you know has been cited for violating VC 21200, or has been injured in an accident in California, we invite you to contact us for a free consultation. We can be reached 24/7 at 855-LAWFIRM.

In Nevada? See our article on Nevada bike laws.