Vehicle Code 21200.5 is the California statute that defines the crime of cycling under the influence. This means to ride a bicycle on a public road, path or highway while under the influence of alcohol, drugs or both. A conviction is a misdemeanor that can be punished by a $250.00 fine but carries no actual jail time.

Note that officers will often cite this section as 21200.5 VC or 21200.5 CVC as shorthand for the California Vehicle Code.

A defendant can beat a CUI charge with a legal defense. Common defenses include: 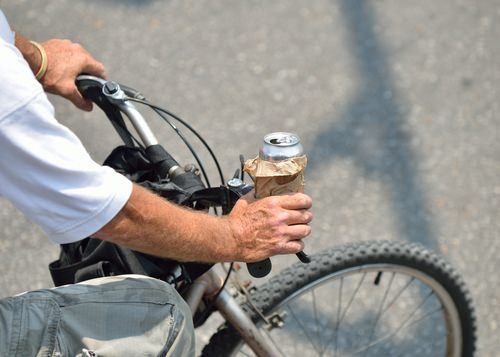 Vehicle Code 21200.5 VC makes it a crime for a person to cycle under the influence of alcohol, drugs, or both.

1. Is it illegal to cycle under the influence?

A prosecutor must prove the following to convict a person of 21200.5 VC:

For purposes of these laws, a “bicycle” or “cycle” is an object that is:

Note that this definition does not include a “motorized bike.”3

Motorized bikes or mopeds are subject to California’s DUI laws as to motor vehicles.4

A highway does not include a freeway. This is because cycles are generally prohibited on freeways.

A judge or jury determines if a person is under the influence by looking at all the facts of the case.7

Example: Hunter is riding his bike through town. He just had lunch with a friend and had one beer. He is practicing his wheelies and jumps a few curbs. However, he stops at all stop signs and stop lights he encounters.

Here, Hunter is likely not guilty of CUI. True, wheelies and erratic jumping of a bike may suggest some type of impairment. But Hunter had only one beer and obeyed all traffic laws while cycling. An analysis of all the facts suggest that he was sober.

A defendant can challenge an accusation under this statute with a good legal defense.

An accused is only guilty under this statute if he was under the influence of alcohol or drugs. Further, this is determined by all of the facts of the case. This means it is always a defense for a defendant to:

Recall that a cyclist has to be on a “highway” to be guilty under VC 21200.5. Therefore, it is a defense for an accused to say that he was not riding on a public road or street. Perhaps, for example, he was on a private road or someone’s driveway.

But police must have probable cause before they can stop or arrest a suspect of a crime.

If a person was stopped or arrested for violating this statute:

This exclusion could result in the dismissal or reduction in charges. 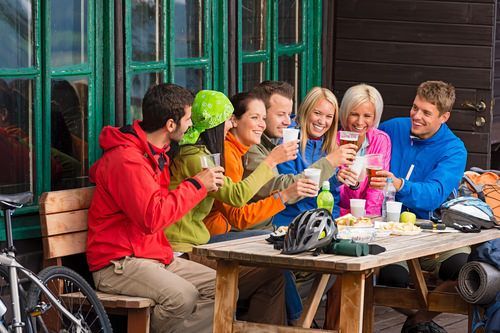 A violation of these laws is a misdemeanor.

A person can get an expungement if convicted of CUI.

A judge will award an expungement provided that the defendant pays his fine.

There are three crimes related to cycling under the influence. These are:

Vehicle Code 23152a VC is one of California’s DUI laws. The statute makes it a crime for a person to operate a motor vehicle while “under the influence” of alcohol.

Note that “under the influence” has the same definition as it does under VC 21200.5.

The statute makes it a crime for a person to do any of the following:

Penal Code 647 f PC is the California statute that makes it a crime for a person:

Public intoxication, under this statute, can be because of either alcohol or drug use.

For information on similar crimes in Nevada, please see our articles on: “Nevada Laws re Cycling Under the Influence (CUI).”