The precise Statute of Limitations (“SOL”) applicable to a Zostavax lawsuit will depend on:

This means that not all of these suits will have the same SOL since:

But please know that all claimants filing a Zostavax lawsuit must do so before the relevant SOL expires.

One Zostavax case has already been dismissed on grounds relating to statute of limitations.

A SOL is a law that sets the maximum time period for which a plaintiff can file a lawsuit. A SOL is also known as the “limitations period.” For most states, this time period begins to run, or start, on the day the plaintiff discovers his injury.

Examples of a statute of limitation include:

Under some circumstances, the SOL stops or gets suspended. This is known as “tolling.”

One of the main reasons the law puts a limit on when a plaintiff can file a lawsuit is to preserve a sense of fairness within the justice system.

The “Zostavax lawsuits” refer to the thousands of cases people have filed against the drug's manufacturer Merck & Co Inc. Pharmaceuticals since 2016. The plaintiffs in these lawsuits allege that, in addition to normal complications with the medicine, the vaccine causes other conditions, like: 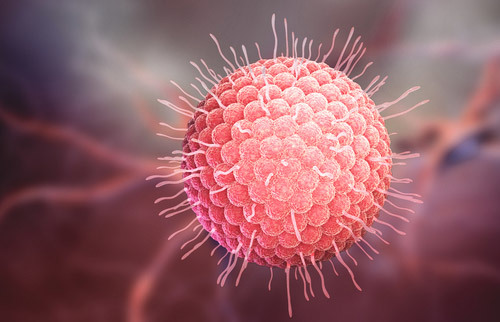 1. What is the statute of limitations when filing a Zostavax lawsuit?

Despite differing SOLs, though, please note that all Zostavax suits must be filed before their precise limitation period expires.

States do not always have the same SOL for the same cause of action, or reason supporting a lawsuit.

For example, consider a situation in which a plaintiff wants to file a lawsuit for personal injuries sustained in a car accident. If the accident took place in the State of Florida, and the plaintiff wanted to file the lawsuit there, he would typically have four years to file it.1

But if the accident took place in California, and the plaintiff wanted to file the lawsuit there, he would typically have just two years to file it.2

It is best for a person to consult with an experienced mass tort, or personal injury attorney, to learn more on the statute of limitation for his particular case.

1.2. Legal theory forming the basis of the suit

A SOL may differ for legal theories forming the basis of a lawsuit.

For example, two legal theories supporting the basis for a possible Zostavax lawsuit are:

In addition to the above legal theories, a few other theories being used in Zostavax suits are:

2. Have any Zostavax lawsuits been dismissed on statute of limitations grounds?

At least one suit has been dismissed on SOL grounds.3 The dismissal came in federal court in 2016. The case was dismissed based upon:

Please note that this dismissal does not affect the other pending Zostavax cases.

3. What is a statute of limitations?

As noted above, the statute of limitations for suits varies depending on the:

Please note that it is important to know when a SOL expires and when a limitations period begins to run. For most states, the clock on this period starts on the day the plaintiff discovered his/her injury. This is known as the discovery rule.

4. What is the “tolling” of a statute of limitations?

Once the condition leading to tolling has ended, the statute of limitations begins to run or resumes.

5. Why are there limitations period for filing a lawsuit?

Statutes of limitations exist out of a sense of fundamental fairness. Evidence often gets lost or destroyed with the passage of time. Witnesses in cases may also move after several years, or, they may no longer recall certain facts that took place. The result is that it would be unfair to have a party defend a lawsuit after a certain period of time has passed.

A limitations period encourages plaintiffs to diligently pursue their claims and protects people from having to defend “stale” claims.5

6. What are the Zostavax lawsuits?

These suits mainly allege that the drug is defectively designed, and Merck failed to adequately warn about serious side effects. Plaintiffs are seeking compensation for injuries such as:

The first Zostavax lawsuit was filed in 2016.6 Since that time, thousands of similar suits have been filed across the nation.

A federal judicial panel recently consolidated many of the lawsuits in federal court and created the Zostavax lawsuit multi district litigation (“Zostavax MDL”).7 This litigation is before U.S. District Judge Harvey Bartle of the Eastern District of Pennsylvania. Judge Bartle has been overseeing the very first Zostavax case filed.8

In short, the plaintiffs in the Zostavax MDL state that:

The order creating the Zostavax MDL does not apply to lawsuits brought on behalf of 300 patients in California state court and 800 plaintiffs in New Jersey state court.9

If you or someone you know has experienced an injury or adverse effect upon taking the Zostavax vaccine, we invite you to contact us for a free consultation. We can be reached 24/7 at 855-LawFirm.