The Zantac-cancer connection is bolstered by recent voluntary recalls by the drug manfuacturers. The FDA found that many Zantac (ranitidine) samples contained "unacceptably" high levels of NDMA (N-Nitrosodimethylamine). NDMA causes cancer in animals and probably in humans as well. 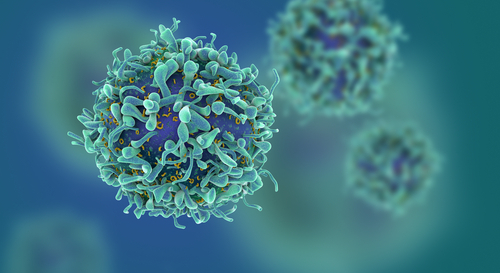 1. Does Zantac cause cancer?

It is scientific fact that this chemical compound causes cancer in animals. Researchers use it on lab rats in order to give them cancer.2

The U.S. Department of Health and Human Services already said that NDMA is "reasonably anticipated" to cause humans to get cancer as well.3 And according to the EPA, NDMA is a "probable human carcinogen."4 Therefore, taking ranitidine with high NDMA levels arguably does cause cancer in people.

The FDA claims that ingesting .096 micrograms of NDMA per day is "reasonably safe." But when the FDA tested various lots of ranitidine, it found levels several times that in just one dose.5

Zantac users often took several doses a day over the course of years. It was marketed as an effective over-the-counter drug for heartburn. And doctors prescribed it for GERD and acid reflux.

Since just one ranitidine pill contains "unacceptable" levels of NDMA -- a "probable human carcinogen" -- plaintiffs' attorneys have a strong argument that regular Zantac use causes cancer in people.

2. What kinds of cancer?

There are possible links between taking NDMA (found in many ranitidine products) and the following cancers:

High levels of this chemical compound have also been found in other drugs, such as the blood-pressure medication Valsartan. And there is currently mass tort litigation against the Valsartan manufacturers for causing cancer in patients.

3. Why does Zantac have NDMA?

According to the FDA, NDMA is an "impurity." In other words, Zantac is contaminated. Either its original ingredients are tainted. Or it the NDMA creeps in during the manufacturing process. The FDA said:

This is something we are thoroughly aware of, and we have ongoing assessment, surveillance, compliance and pharmaceutical quality efforts across every product area to work to ensure similar impurities can be kept out of our drug supply.6

But according to Valisure (an online pharmacy), NDMA is not an impurity. Instead, it is a byproduct. Valisure claims that Zantac causes NDMA to manifest in the body during the digestion process when the active ingredient breaks down.

The FDA responded that Valisure's methods of simulating human digestion were unrealistic. This is because Valisure exposed the ranitidine to unnaturally high heat (130 degrees Fahrenheit). And Valisure added more nitrates than a typical person would ingest.7 The FDA said:

FDA ... developed a simulated gastric fluid (SGF) model to ... estimate the biological significance of in vitro findings. The SGF and simulated intestinal fluid (SIF) models are intended to detect the formation of NDMA in systems that approximate the stomach and intestinal fluids, respectively. The results of these tests showed no additional NDMA generated in the stomach.8

However, Valisure claims it also detected NDMA in only 37 degrees heat and with typical amounts of nitrates (like those in process meats). The FDA has yet to reveal how much NDMA it found using Valisure's methods.9

Either way, Zantac users are likely ingesting far more NDMA that what the FDA says is safe.

4. What is the evidence that NDMA causes cancer?

There is ample evidence NDMA causes cancer in animals:

As discussed earlier, the EPA calls NDMA a "probable human carcinogen.".13 And a 2018 study of Valsartan (that has the compound) showed "increases in risk were observed for colorectal cancer ... and for uterine cancer."14

NDMA has also long been used as a poison:

Are you a Zantac victim? Contact us for help...

Did you get cancer after taking Zantac? You may have grounds to join the Zantac MDL lawsuit against the drug manufacturers.

There is a statute of limitations to sue. So phone our Zantac lawyers at (877) 504-7750 now. Or fill out the form on this page. We offer free consultations.

Our goal? To get you the biggest settlement possible in your case. And we take no payment unless we win.