Viagra lawsuits are mass tort claims against the pharmaceutical company Pfizer for the increased risk of melanoma caused by its erectile dysfunction pill, Viagra. These lawsuits claim that Pfizer failed to warn patients about the risks of their drug, and seek compensation for a victim's:

Because melanoma is often a deadly form of skin cancer, many of these lawsuits are wrongful death claims brought on behalf of a victim by his loved ones. 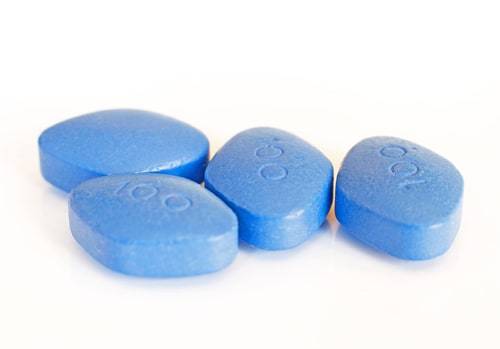 Viagra is the brand name for the drug sildenafil. It is used to treat erectile dysfunction in men by allowing more blood to flow into the penis. Taken by mouth in a pill form, it begins working quickly, and the effects can last a couple of hours.

Originally created by the pharmaceutical giant Pfizer in 1989, it was not approved by the U.S. Food and Drug Administration (FDA) as an erectile dysfunction pill until 1998.1 In 2017, Pfizer's patent on Viagra ran out and the pill became available in generic form.

2. Side effects of Viagra

Viagra, however, has been linked to numerous side effects. Some of the most common include:

Many of these serious side effects are included on Viagra's warning label, allowing doctors and patients to make an informed decision about whether to use the drug.2 However, the increased risk of developing melanoma, a severe and potentially deadly type of skin cancer, is not mentioned on the warning label.

The connection between Viagra and melanoma has been known since 2014, when a study found that men who took Viagra were 84 percent more likely to develop the skin cancer than those who did not take the pill.3 These results came even after the researchers controlled for factors like someone's family history of skin cancer and their exposure to sunlight.

In spite of the risks of developing melanoma nearly doubling, they were not included on the warning label for Viagra.

The FDA announced that it was evaluating the need to take regulatory action in 2016 because of the significant risks for melanoma.4

3. Lawsuits over the side effects of Viagra

Hundreds of lawsuits have been filed against Pfizer for the increased risk of developing melanoma that comes with taking Viagra. The core claim in these lawsuits is that Pfizer breached its legal duty to warn consumers of the dangers associated with Viagra.

Pharmaceutical companies should disclose the side effects and the risks that come with taking their drugs. Because doctors rely on these disclosures to make safe prescriptions for their patients, and because patients rely on the disclosures to make informed decisions about their health, the law puts a legal duty on drug makers to provide that information. However, pharmaceutical companies have a financial interest in making as few disclosures as possible: Warning consumers about all of the risks that come with taking their drugs can raise alarm and deter people from buying the drug.

These conflicting interests have led courts to put a legal duty on pharmaceutical companies to take reasonable steps to warn people of the risks associated with their drugs.

Failure to warn lawsuits like the ones against Pfizer over the side effects of Viagra claim that the pharmaceutical company breached this legal duty. By failing to adequately warn people of the dangers posed by Viagra, Pfizer put innocent people at serious risk of harm.

So many lawsuits have been filed against Pfizer by people who developed melanoma after taking Viagra that they have had to be consolidated into multidistrict litigation (MDL). MDLs consolidate mass tort lawsuits that involve plaintiffs who suffered similar injuries from a single act by the defendant. In this case, the plaintiffs all got melanoma because of Pfizer's failure to warn them of the risks. MDLs streamline the legal process for these cases by transferring them all into one federal district court for the pretrial process, which involves:

Cases in the MDL that do not settle get sent back to the federal district court in which they originated, where they go to trial. In their early stages, many MDLs involve bellwether trials, which take carefully selected lawsuits in the MDL all the way through a jury trial. The outcome of these bellwether trials can be used as a guideline for future settlement offers for the other cases still in the MDL.

The multidistrict litigation against Pfizer for Viagra's increased risk of melanoma has been consolidated in the Northern District of California, where it is being heard by Judge Richard Seeborg.5 As of April 15, 2019, there were already 911 claims consolidated in the MDL.6 At that point, bellwether trials were still in the process of being scheduled.

4. Compensation for victims of Viagra

Men who have taken Viagra and who then developed melanoma can recover compensatory damages in a successful lawsuit. This compensation aims to cover the losses that the victim has suffered, including:

Additionally, many failure to warn lawsuits like this one lead to punitive damages, in addition to compensation. Punitive damages are meant to punish especially wrongful acts by the pharmaceutical company by awarding victims more than necessary to cover their losses. They are common when a drug manufacturer actively covered up evidence that their drugs posed a risk to consumers. While there is no such evidence against Pfizer, yet, lawsuits are still in their early stages.

5. Wrongful death claims on behalf of people who have died from melanoma

Men who have died from melanoma after taking Viagra cannot invoke their own rights to compensation. Instead, their loved ones can invoke a victim's rights on their behalf through a wrongful death claim.

Because melanoma is so frequently fatal – despite accounting for just one percent of skin cancer cases, melanoma causes the majority of skin cancer deaths – wrongful death claims form a substantial portion of the lawsuits against Pfizer for the side effects of Viagra.

6. What to do if you or a loved one has been hurt by Viagra

If you or a loved one has taken Viagra and then developed melanoma, the first thing to do is talk to your doctor. Minimizing the damage is crucial, and there are surgical procedures that can treat melanoma or keep it from getting worse.

If there has been a diagnosis of melanoma, you should consider talking to a defective drug lawyer, like those at the Shouse Law Office. The financial toll of treating and living with melanoma is steep. Because you have suffered from melanoma through no fault of your own, you deserve to be compensated.

Talking to a lawyer soon after a diagnosis, however, is critical. States have statutes of limitations that limit when you can file a lawsuit. Many of them force victims to file suit within two years. Discussing your legal options with an attorney well before then can give your lawyer enough time to gather evidence and put together a strong case on your behalf. Call our lawyers at 855-LAWFIRM to get the process started.

If a loved one has died from melanoma after taking Viagra, you can pursue their rights on their behalf through a wrongful death lawsuit and hold Pfizer accountable for what they did. The lawyers at the Shouse Law Office can help.