(Please note that as of May 6, 2020, Shouse Law Group has stopped accepting new Genvoya or Truvada cases. The discussion below is for public information purposes only.)

A Genvoya lawsuit is a mass tort claim against Gilead Sciences, Inc. for the side effects caused by their HIV treatment, Genvoya. While the drugs in Genvoya are not as toxic as those in Gilead's other HIV pills, they can still cause bone loss and osteoporosis, kidney failure, and lactic acidosis. These Genvoya lawsuits claim that Gilead failed to adequately warn doctors and patients of the risks of these side effects, and seek compensation for:

The lawyers at the Shouse Law Office are helping victims file Genvoya and other TDF lawsuits to recover the compensation they deserve. In this article, we discuss:

Genvoya is a drug that is manufactured by the pharmaceutical company Gilead Sciences, Inc. It was approved by the U.S. Food and Drug Administration (FDA) in November, 2015.1

Genvoya treats the HIV virus by preventing HIV cells from multiplying and spreading inside the body. However, Genvoya does not kill those HIV cells, making it a treatment for HIV, but not a cure. Therefore, Genvoya has to be taken as a prophylactic by people who are at high risk of developing HIV, like those who are intimate relationships with someone who has AIDS or is HIV-positive.

Importantly, Stribild and these other earlier Gilead drugs used the drug tenofovir disoproxil fumarate, or TDF, instead. TDF was highly toxic, and caused serious side effects. However, the way that Gilead rolled out its TAF-based drugs have led to legal action as people claim the pharmaceutical company delayed the development of TAF in order to make more money. 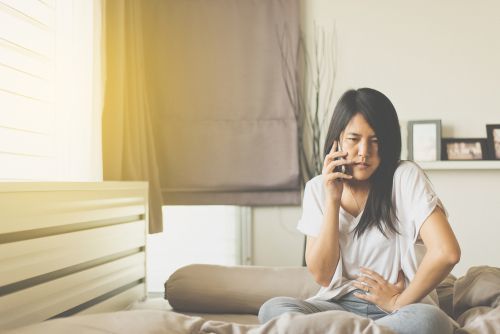 Genvoya has side effects including kidney damage and bone loss

2. Side effects of Genvoya

TAF-based Genvoya has been marketed as a safer alternative to the TDF-based HIV treatment, Stribild.

Genvoya, though, still comes with a host of common side effects:

However, the severe side effects associated with the drug are more worrying:

While Gilead makes much of the fact that these severe side effects caused by TAF-based Genvoya are not as common as with Stribild, the TDF-based drug that Genvoya replaced, the side effects have still led to lawsuits.

One of the severe side effects caused by Genvoya is bone loss.

While the TAF drug present in Genvoya is less toxic than the TDF used in earlier HIV drugs made by Gilead, it can still pose a threat to a patient's bone structure. The toxicity of TAF can deteriorate bones and reduce bone density, leading to progressively porous bones. This deterioration can lead to osteopenia and eventually to osteoporosis.

As the bone density decreases, the chances that they fracture or break increases significantly.

Medical studies have found that, while the side effects are less common than TDF-based drugs, Genvoya does cause bone density problems.

Three studies compared the bone densities of 2,068 people who were taking TDF-based HIV treatment with a comparator arm of people taking TAF-based treatments like Genvoya.2 While the TDF-based drugs caused a higher degree of bone loss, the TAF drugs like Genvoya caused between 1.0% and 1.6% bone loss at the spine and between 0.6% and 0.8% at the hip over the course of 48 weeks.3

Another severe side effect caused by Genvoya is kidney damage. If left unchecked, kidney damage could progress to renal failure, a potentially fatal medical condition.

TDF drugs were known to cause serious kidney problems.4 While Gilead has claimed that its TAF line of drugs is far safer for a patient's kidneys, it still contains the drug tenofovir – the “T” in both TAF and TDF. It is tenofovir that can be especially dangerous on a patient's kidneys, as the vast majority of it gets expelled in urine.

Over time, the strain that tenofovir puts on a patient's kidneys can take its toll. The overwork slowly damages the kidneys, making them less able to handle the continued doses of tenofovir. Because Genvoya is a treatment for HIV, but not a cure, those doses of tenofovir have to continue for as long as the patient is at a risk of contracting HIV. As the kidney damage worsens, it can lead to kidney failure, which comes with severe medical complications.

TAF drugs like Genvoya can also cause lactic acidosis, a severe complication of kidney failure.5

One of the chemicals that kidneys expel from the bloodstream is lactate, or lactic acid. As kidneys get damaged, they remove less and less lactate. When kidneys fail, they stop removing any lactate, at all.

When lactic acid accumulates over a normal level, it leads to the medical condition of hyperlactatemia. This condition comes with the following symptoms:

If lactic acid continues to buildup, it can turn hyperlactatemia into lactic acidosis. In cases of lactic acidosis, there is so much lactate in the bloodstream that it lowers the pH levels of the blood. Acidic blood comes with potentially fatal repercussions, including:

3. Lawsuits against Gilead for inadequate warnings about Genvoya

Gilead Sciences, Inc. is now facing dozens of lawsuits for the side effects caused by Genvoya. These lawsuits claim that Gilead covered up, or at the very least failed to disclose, the severity of the risks of taking Genvoya to treat HIV.

Pharmaceutical companies have a legal duty to disclose the nature and the severity of risks and side effects that they knew about or should have known about. Disclosures like these allow doctors to make proper prescriptions for their patients. They also allow patients to perform the due diligence necessary to make an informed decision about their health. However, these disclosures can also deter patients by letting them know the risks of taking a drug, which can cut into a pharmaceutical company's profits.

While Genvoya's warning label mentions the risks of developing kidney problems, lactic acidosis, and bone loss, Gilead also has a long history of downplaying those risks while marketing its drugs.6 Throughout its marketing process, Gilead stressed that TAF drugs like Genvoya were far safer than its earlier TDF-based drugs without acknowledging the risks.

4. Compensation for victims of Genvoya's side effects

People who have taken Genvoya and suffered from its severe side effects have filed lawsuits that demand compensation for:

5. Other lawsuits against Gilead for its HIV treatments

Lawsuits have not just been filed against Gilead for its Genvoya pills. Almost all of its earlier HIV treatments have led to lawsuits for the side effects caused by TDF. There are also:

All of these lawsuits include claims that Gilead failed to adequately warn people about the risks of taking their drugs.