Personal injury attorney Neil Shouse talks about the dangerous side effects of Atripla and an ongoing lawsuit over the drug. There are a growing number of lawsuits directed toward Gilead Sciences, the maker of Atripla and Truvada, because of a dangerous component known as TDF. TDF is known to cause kidney disease and loss of bone density. The drug pools in the renal tubular, which causes kidney disease, and also it causes demineralization of the bones, which eventually leads to osteoporosis. Osteoporosis increases the risk of broken bones, and can lead to teeth falling out. There are allegations that Gilead Sciences had a safer drug called TAF, which does not cause these dangerous side effects. But for over a decade Gilead did not release TAF, most likely for financial reasons, as they were waiting for their patent on Truvada to run out. Patients who have taken the drug Atripla may have mixed feelings about suing the drug maker, since Atripla has saved many peoples’ lives. HIV used to be a death sentence, but because of drugs like Atripla, HIV is now a treatable condition. But whether or not the patients’ lives were saved by Atripla is not the real issue. The issue is that the safer and better drug could have been used, and if it had been, then none of the patients would be suffering from these horrible conditions. More info at https://www.shouselaw.com/torts/truvada/atripla or call (888) 327-4652 for a free consultation. If you or a loved one has suffered health complications from the HIV medication Atripla or Truvada, we invite you to contact us at Shouse Law Group. We can provide a free consultation in office or by phone. We have local offices in Los Angeles, the San Fernando Valley, Pasadena, Long Beach, Orange County, Ventura, San Bernardino, Rancho Cucamonga, Riverside, San Diego, Sacramento, Oakland, San Francisco, San Jose and throughout California.

An Atripla lawsuit is a legal claim against pharmaceutical company Gilead Sciences for the hazardous side effects of their drug Atripla, an HIV medication. Atripla is a brand name for tenofovir disoproxil fumarate (TDF), which can cause injuries in patients such as:

Atripla is one of several defective TDF drugs manufactured and sold by Gilead, including Truvada, Viread, Stribild, and Complera. To make more money, Gilead continued to market these drugs even though it had already invented a safer HIV drug. In doing so, Gilead prioritized wealth over health. 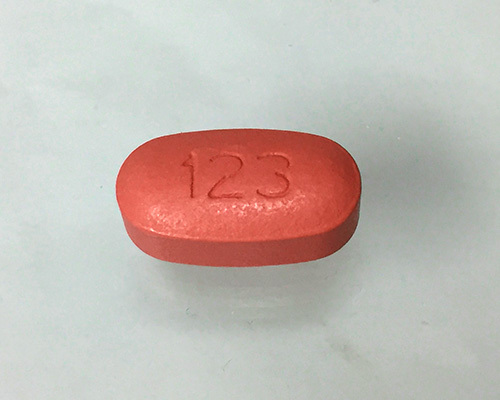 Using Atripla may cause bone loss and renal damage.

1. What is the basis for an Atripla lawsuit?

There are two main grounds for the Atripla lawsuits against TDF manufacturer Gilead:

Depending on the specific case, plaintiffs may also be able to claim that Gilead failed to warn patients about TDF's dangerous side effects.1

Two key elements of a defective design claim are:

Here, Gilead's internal documentation shows it was aware that the body cannot absorb TDF drugs like Atripla well. This poor "bioavailability" leads to toxins building up in the body instead of being filtered out.

In addition, several medical studies and experts draw a direct connection between taking TDF and suffering bone and kidney damage. Plaintiffs just need to produce their medical records showing that they experienced the kidney and/or bone damage after taking TDF.2

Atripla lawsuits allege that Gilead delayed releasing its safer HIV drug called TAF in order to maximize profits from TDF. TAF -- short for tenofovir alafenamide -- is far less toxic than TDF because the body absorbs it better and causes less stress on the kidneys. Therefore, lower doses of TAF accomplish the same results as high doses of TDF.

Even though Gilead invented TAF around the same time as TDF, Gilead submitted only its TDF-based drugs to the FDA for approval. Gilead even put obstacles in the way of other drug companies developing HIV drugs and announced that it was no longer researching TAF. This possibly was an attempt to convince other drug companies that there was no reason to develop a TAF-like drug.

Only when TDF's patents were beginning to expire did Gilead roll out a new line of “revolutionary” HIV drugs based on TAF. Gilead also released extensive medical studies that showed it was more effective, less toxic, and safer than TDF-based drugs. Gilead then urged patients to switch to the new HIV treatments to avoid the side effects of TDF -- like osteoporosis and kidney failure -- that it had earlier denied.3

In short, Gilead wanted to extract every last dollar that TDF was worth before introducing a better drug it already had to the market. Gilead got rich while patients got sick.

2. Who is eligible to be a plaintiff?

Patients who took Atripla may have grounds to sue Gilead if they developed the following kidney or bone injuries.

Simply getting a kidney stone or breaking a bone is insufficient to bring a lawsuit. The stone or fracture would need to result from one of the conditions listed above.

3. Where are the TDF lawsuits being filed?

Primarily in California, which is where Gilead is based. To expedite settlement talks, these lawsuits are being consolidated into a "Judicial Council Coordination Proceeding" (JCCP) called Gilead Tenofovir Cases and Coordinated Actions, JCCP No. 5043.

There are also several TDF cases pending in a federal court in the Northern District of California under Judge Jon S. Tigar. The case number is 3:18-cv-06972-JST. 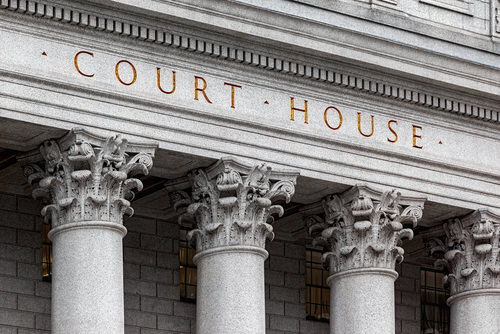 JCCPs are similar to MDLs, except they are California-specific and take place on the state and not the federal level.

4. When will Gilead settle?

It may be several years before any settlement talks begin. The lawsuits are still in the evidence-gathering ("discovery") stage. And once all the pretrial issues are resolved, the judge will order a few of the individual cases to go to trial.

How these "bellwether trials" turn out will dictate how settlement negotiations will go. If Gilead loses these bellwether trials and is ordered to pay large punitive damages, Gilead will likely make a more generous offer to avoid any more trials.

In any case, the plaintiffs' attorneys are fighting for compensation for:

5. Is this a class action or separate lawsuits?

Individual lawsuits that are joined into a JCCP. As discussed above in section 3, JCCPs are a way to streamline the litigation process for similar cases against the same defendant.

JCCPs are very similar to federal MDLs (short for multi-district litigation). The main difference is that JCCPs are in California state court.5

Have you been injured?

The defective drug attorneys of Shouse Law Group represent Atripla victims from all over the U.S. who have been hurt by Big Pharma. There is a short statute of limitations (deadline) for filing a Truvada lawsuit or claim, so call us now at 855-LAW-FIRM (855-529-3476) to schedule a consultation. We take no payment unless we win your lawsuit.