Taxotere lawsuits are mass tort claims against the drugmaker Sanofi-Aventis Inc. for the side effects of their chemotherapy drug Taxotere. While many chemotherapy drugs cause hair loss, the hair loss caused by Taxotere is often permanent. Lawsuits against Sanofi-Aventis Inc. claim that the company failed to warn patients and doctors of the risks of Taxotere, and seek compensation for: 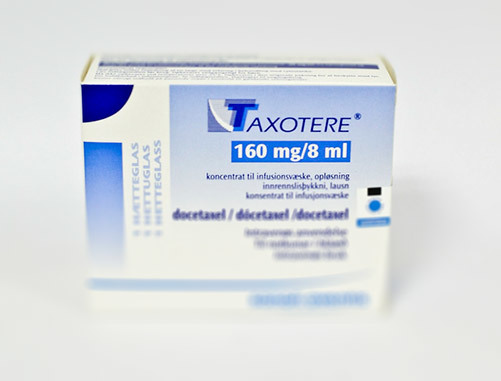 Taxotere is the brand name for the chemotherapy drug docetaxel

Taxotere is the brand name for the chemotherapy drug docetaxel. Patients receive doses of Taxotere through an injection into a vein. Taxotere works by preventing groups of cancerous cells from multiplying. It is a common chemotherapy medication for a wide variety of cancers, including:

Taxotere is an especially common treatment for breast cancer, with a majority of breast cancer patients receiving Taxotere treatments at some point during their recovery.

2. Side effects of Taxotere

Taxotere has been linked to a host of side effects. Because Taxotere is a cancer treatment, though, patients are more willing to look past many of them. Some of the most common side effects include:

Additionally, Taxotere causes some far more serious side effects, as well. These side effects are included on Taxotere's warning label:

There is also an important side effect of Taxotere that was not mentioned on the drug's warning label until 2015: An increased risk of permanent hair loss, or alopecia.

2.1 Taxotere and an increased risk of permanent hair loss, or alopecia

Several medical studies have shown that Taxotere has been linked to a significant risk of developing alopecia, or permanent hair loss.

While all chemotherapy drugs cause hair loss, the effect is only temporary. Once patients finish their chemotherapy treatments, their hair begins to grow back.

With Taxotere, though, a significant portion of patients never grow their hair back – a medical condition known as alopecia. Alopecia is permanent and irreversible, and it impacts all of a patient's hair, including:

One study, the GEICAM 9805 study, found that 9.2% of patients who took Taxotere as a part of their chemotherapy regime suffered hair loss that lasted at least ten years.2 Another study found similar results, with 6% of women suffering alopecia from taking Taxotere.3 A third put the number between 10 and 15%.4

If accurate, this would mean alopecia would be considered a “common or frequent” side effect of Taxotere, not a “rare” one.

Worse, Sanofi-Aventis continued to claim in its American advertisements for Taxotere that a patient's “hair generally grows back” after treatment.

Meanwhile, Sanofi-Aventis added alopecia to its list of “very common adverse reactions” on Taxotere's European warning label as early as 2005.6

It was not until 2015 that the U.S. Food and Drug Administration (FDA) updated the warning label for Taxotere to include permanent hair loss.7

The effects of alopecia are often underappreciated, especially for the women who make up the majority of the victims, thanks to Taxotere's frequent use for breast cancer patients. Alopecia can serve as a constant reminder for a cancer survivor of their pain and suffering while treating their disease. It can also alter their body image and lower their self-esteem, which can lead to depression and emotional distress.

The lawsuits against Sanofi-Aventis claim that the company breached this legal duty by failing to warn people of the possibility of developing alopecia after taking Taxotere.

3. Lawsuits over alopecia caused by Taxotere

Thousands of lawsuits have been filed against Sanofi-Aventis for the alopecia caused by Taxotere, claiming that the company failed to warn the public about the dangers of its drug.

Pharmaceutical companies often try to downplay the risks and side effects of their drugs in order to make them sell better. However, doctors and patients benefit from knowing all of the possible adverse outcomes that can happen if they prescribe or take the drug. To prevent drug companies from hiding risks and to protect the public, the law puts a legal duty on pharmaceutical companies to disclose the risks of the drugs they produce.

The lawsuits against Sanofi-Aventis claim that the company breached this legal duty by failing to warn people of the possibility of developing alopecia after taking Taxotere. The lawsuits also claim that Sanofi-Aventis knew of the high possibility of patients losing their hair permanently, but actively hid the information from American consumers by refusing to update Taxotere's warning labels until 2015.

Because each of these individual lawsuits would cover the same ground in these pretrial procedures, the MDL combines them all together to streamline the process.

The lawsuits against Sanofi-Aventis for alopecia suffered by women who took the chemotherapy drug Taxotere have all been consolidated in the Eastern District of Louisiana.8 As of April 15, 2019, there were no fewer than 11,430 lawsuits consolidated in this MDL.9

From these 11,430 lawsuits, a small handful has been selected to go to jury trial as bellwether cases. These bellwether trials give the plaintiffs and defendants an opportunity to see whether a jury will be persuaded by their arguments, and show how much compensation the jury would award to a representative case in the MDL. Settlement offers to the remaining cases in the MDL are deeply influenced by the results of the bellwether trials.

The first bellwether trial for the Taxotere MDL has been scheduled to begin on September 16, 2019.10

4. Compensation for victims of Taxotere's side effects

Victims of Taxotere's side effects have sought compensatory damages in their lawsuits against Sanofi-Aventis, as well as punitive damages for the drug company's conduct.

Compensatory damages aim to provide financial compensation for the losses that victims have suffered. These losses include:

Victims of Taxotere who have developed alopecia find the bulk of their compensation coming from the mental suffering associated with their permanent hair loss. Their alopecia serves as a visual and ever-present reminder of their cancer and the painful treatment they went through, which can weigh heavily on their quality of life.

Taxotere lawsuits have also pursued punitive damages, as well. These damages are meant to punish Sanofi-Aventis for its decision to withhold important information about Taxotere's likelihood of causing alopecia.

5. What to do if you think you have suffered permanent hair loss after taking Taxotere

If you have taken Taxotere to treat your cancer, and have not been able to grow hair since the treatment, you may be entitled to financial compensation.

If your hair loss is permanent, you can talk to a lawyer like the defective drug attorneys at the Shouse Law Office to learn your legal options. Because you were not warned about the risks of developing alopecia from taking Taxotere, there was no way you could reasonably have avoided what you are going through, now, so you deserve to be compensated. By calling the Shouse Law Office at 855-LAWFIRM, you can start the process of filing a lawsuit or joining the MDL against Sanofi-Aventis.

Talking with an attorney soon after discovering your condition is important, though. Many states have statutes of limitations that force you to file a lawsuit within two years, or lose your legal rights.