Prilosec lawsuits are mass tort claims against pharmaceutical companies for failing to warn doctors and patients about the serious and potentially fatal side effects associated with the stomach acid pill, Prilosec. These side effects are similar to other proton pump inhibitor pills, including Nexium, and include bone fractures, an increased risk of coronary artery disease, acute interstitial nephritis, chronic kidney disease and even renal failure.

In this article, our defective drug attorneys show how Prilosec works, how it is similar to Nexium, and the side effects that Prilosec can cause. We will then discuss the PPI litigation lawsuits that have been filed over the side effects of Prilosec. Finally, we will turn to the compensation that you can recover if you have been the victim of Prilosec. 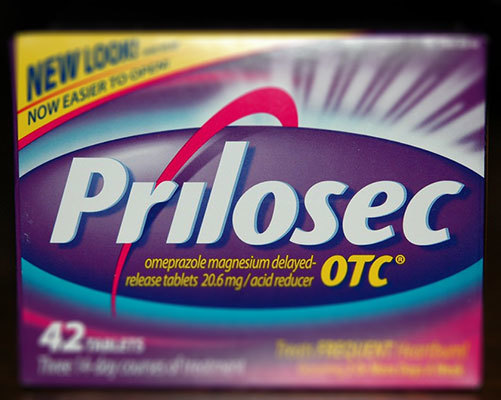 Prilosec is a proton pump inhibitor

Prilosec is a proton pump inhibitor (PPI). All PPIs reduce the amount of hydrochloric acid produced and secreted in a patient's stomach by reducing the effectiveness of the proton pump in gastric parietal cells. These cells are located in the lining of the stomach, and are the last step in the process that produces stomach acid.

By blocking the proton pump, PPIs can help treat numerous medical conditions, including:

These are some of the most common medical conditions in the world, so it should come as little surprise that Prilosec is one of the most widely-used drugs in the U.S., particularly since generic versions of the drug first hit the market in 2001.

One thing that has limited the use of Prilosec in recent years has been the somewhat controversial release of Nexium.

Both Prilosec and Nexium are proton pump inhibitors that treat the same medical conditions. They are also both designed by the pharmaceutical company AstraZeneca.

Prilosec, however, is an older drug. It was first sold as a PPI in the U.S. in 1989. This meant that Prilosec's patent in the U.S. expired in 2001, allowing other drug manufacturers to copy its chemical properties and sell generic versions.

Because the presence of generic versions of Prilosec on the market made its profits crumble, AstraZeneca got another patent for Nexium, another PPI. Controversially, Nexium is identical to Prilosec in every way, except its chemical structure is a mirror image of Prilosec. Nevertheless, the United States Food and Drug Administration (FDA) approved Nexium for medical use in the U.S. in 2000 – right as Prilosec's patent was about to expire.1 Since then, AstraZeneca has aggressively marketed Nexium as a replacement for Prilosec, even though the drugs are no different from one another.2

2. Side effects of Prilosec

Numerous side effects have been linked to Prilosec. Some of the most common include:

Prilosec has also been connected to some far more serious side effects, some of which can be debilitating or even fatal:

Out of these severe side effects, the risks for acute interstitial nephritis – a common precursor to chronic kidney disease and renal failure – are significant. As a result, a disturbingly high number of patients who have taken Prilosec for long periods of time develop kidney disease. One study found that people who take PPIs, including Prilosec, have a 50% higher likelihood of developing chronic kidney disease than those who do not.8

Despite these dangers, Prilosec has long been marketed as a stomach acid pill that people can take for as long as they have symptoms.

At no point has AstraZeneca warned patients or prescribing doctors about the drastically increased risk for kidney problems associated with Prilosec. In fact, the drug company has refused to even acknowledge the problem.

Because this lack of disclosure put innocent people at risk of a serious medical condition and prevented them from making an informed decision about their health, it has led to numerous lawsuits against AstraZeneca. These lawsuits all claim that this amounted to a defective warning.

Because studies have shown that there was a connection between chronic kidney disease and proton pump inhibitors since the 1990s,10 lawsuits against AstraZeneca for the side effects of Prilosec have gained traction in court.

Because numerous people from across the U.S. have suffered similar kidney problems from taking Prilosec, the failure to warn lawsuits against AstraZeneca have been ripe for multidistrict litigation, or MDL. MDL consolidates all lawsuits into one court for pretrial proceedings, like discovery of evidence and preliminary motions.

The lawsuits for kidney problems from all PPIs, including Prilosec, have been consolidated into an MDL in the District Court of New Jersey.11

5. Your options if you have suffered kidney problems after taking Prilosec

If you think that you may have suffered kidney problems from Prilosec, the first thing to do is talk to your doctor. The kidney damage that PPIs cause is difficult to detect, and does not present the classic three symptoms of kidney damage – fever, rash, and eosinophilia. Without these symptoms, many doctors do not think to test your kidney function, leaving many cases of chronic kidney disease undiagnosed until it is too late to correct.

Scheduling a doctor's appointment soon is essential because the risks for serious kidney problems increase substantially the longer you take Prilosec.

If you have suffered kidney damage, the next step is to talk to a lawyer to discuss your legal options. Filing a personal injury lawsuit against AstraZeneca and joining the MDL in New Jersey can be the best way to quickly recover the compensation that you need to recover from your injuries, including:

Just like talking with your doctor, though, seeking legal help is best done soon. The statute of limitations forces you to file your claim within a certain amount of time – usually two years after your injuries. Talking with an attorney well before this timeframe is due to expire can let your lawyer gather the evidence necessary to put together your best claim for compensation.

The mass tort and defective drug lawyers at the Shouse Law Office strive to represent victims of drugs and medications that hurt innocent people. Call them at 855-LAWFIRM or contact them online if you have been hurt by Prilosec and want to invoke your rights to compensation.