(Please note: This page is purely informational. Our firm is not currently accepting Lyrica or Cymbalta cases)

Lyrica and Cymbalta lawsuits are mass tort claims against the drug companies Pfizer and Eli Lilly for the serious side effects associated with these anticonvulsant medications. These side effects include a host of mental problems, from suicidal thoughts to withdrawal symptoms to brain damage. Some of these side effects can be permanent. The lawsuits claim that the pharmaceutical companies behind the drugs failed to warn doctors and patients about the risks, and demand compensation for victims’ 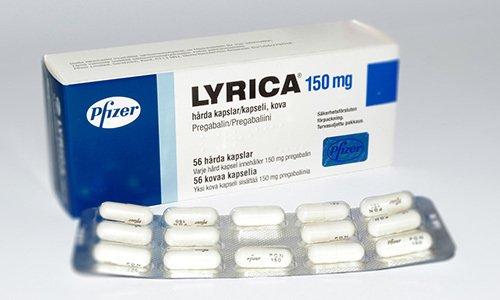 Lyrica is the brand name for the drug pregabalin. It is produced by Pfizer and was approved by the U.S. Food and Drug Administration (FDA) in 2004.1 Lyrica is prescribed to treat a variety of mental ailments, including:

Additionally, Lyrica is frequently prescribed off-label by doctors to treat medical conditions that the drug was not approved to treat.

Cymbalta is the brand name for the drug duloxetine. It is manufactured by Eli Lilly and was approved by the FDA in 2004.2 Cymbalta is a serotonin-norepinephrine reuptake inhibitor, or SNRI, the alters how neurotransmitters and dopamine interact in the brain to treat depression.

In addition to working as an antidepressant, Cymbalta is also used to treat:

Like Lyrica, doctors have frequently prescribed Cymbalta for off-label use. Pfizer was even fined $2.3 billion by the U.S. Department of Justice for promoting off-label prescriptions of Lyrica.3

3. Side effects caused by Lyrica and Cymbalta

Both Lyrican and Cymbalta have been associated with a host of common side effects:

The drugs have also been linked to other minor, but less common, side effects like:

Finally, Lyrica and Cymbalta have been associated with some severe side effects:

Worse, these severe side effects could be permanent. The memory loss, alone, can lead to other mental difficulties and complications, including: Numerous lawsuits have been filed against Pfizer and Eli Lilly

4. Lawsuits over side effects caused by Lyrica and Cymbalta

Numerous lawsuits have been filed against Pfizer and Eli Lilly for the side effects caused by Lyrica and Cymbalta. These lawsuits are based on the claim that the pharmaceutical companies knew of the risks of the severe side effects that patients could suffer if they took their drugs. However, the pharmaceutical companies failed to warn doctors and patients of the risks.

Without a warning from the drug company, doctors were kept in the dark about the dangers of prescribing Lyrica or Cymbalta to their patients, preventing them from acting in their patients’ best interests. Meanwhile, the lack of a warning kept patients from researching the drug they were being prescribed and doing their due diligence before making an important decision about their health.

The lawsuits also allege that Eli Lilly knew of the risks of patients suffering severe withdrawal symptoms when they stopped taking Cymbalta, but refused to warn anyone about the danger. In particular, Eli Lilly’s own clinical trial for Cymbalta discovered that 44% of patients taking the drug had experienced “discontinuation-emergent adverse events,” with 10% of them suffering withdrawal symptoms that were described as “severe.”7

While hundreds of lawsuits have been filed against Eli Lilly and Pfizer by victims across the country, the courts have still not consolidated them into a multidistrict litigation (MDL).

5. Compensation for victims of Lyrica or Cymbalta

6. What to do if you have suffered from the side effects of Lyrica or Cymbalta

If you have taken Lyrica or Cymbalta and have suffered serious side effects, the first thing to do is talk to your doctor. These drugs treat serious medical conditions: Stopping your treatment without discussing your options with your doctor first can lead to a resurgence of your medical condition. However, discussing your options with your doctor soon is crucially important, as it can mitigate the damage you have suffered by changing your treatment.

If it becomes clear that Lyrica or Cymbalta has hurt you, you may want to consider talking to a mass tort lawyer, next. Because you were hurt through no fault of your own, you should be compensated for your setbacks.  The statute of limitations often requires victims to file their legal claim for compensation without one or two years of their injuries.

For the last couple of years, the California Department of Motor Vehicles has been letting manufacturers of autonomous cars test their vehicles on public roads. Autonomous vehicles are cars with limited (Level 3) or full (Level 4) self-driving automation. Several recent high-profile accidents have led to a string of lawsuits by people injured by self-driving ...

When is “Indecent Exposure” charged as a felony?

Is it legal to declaw my cat in California?

What is declawing? Properly known as onychectomy, declawing is a surgical procedure in which all or part of the end bones of an animal’s toes are amputated. Although common in North America, declawing is frowned on by the Humane Society of the United States (HSUS) and other American animal welfare organizations. In many parts of the world, it ...

We do NOT handle these cases.

Please note that our law firm does not handle any cases involving Lyrica or Cymbalta. We created this page just to provide the public with information. We suggest you contact your local bar association lawyer referral service - they can help to connect you with a law firm that handles these cases. Sorry that we could not be of further help.