IVC filters have been the subject of several recalls and warnings issued by the U.S. Food and Drug Administration (FDA). These stern actions taken by the FDA have been in response to data suggesting that IVC filters are plagued with design defects that have caused serious medical problems for those who have had them implanted. Nevertheless, thousands of people have still been hurt by defective IVC filters, forcing them to file IVC filter lawsuits against device makers. 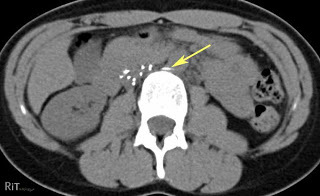 1. What are IVC filters?

An inferior vena cava, or IVC, filter is an implantable medical device. It looks like a badminton shuttlecock that is made out of metal or a fishing lure: Most of them have several legs, or struts, projecting from the head of the device.

IVC filters are indicated for people who are at a high risk of developing blood clots, and who cannot take other medication to prevent clotting. An IVC filter is implanted and navigated into the patient's inferior vena cava vein – the vein that brings blood from the legs to the heart and lungs. In the inferior vena cava, the IVC filter's shape is designed to block blood clots from reaching the lungs, where they could cause a potentially fatal pulmonary embolism.

Once the risk of blood clotting has passed, IVC filters are supposed to be removed.

However, IVC filters carry significant health risks. They have been known to:

These problems have led to the FDA's warnings and recalls.

2. FDA warns the public about the dangers of IVC filters

The FDA has issued two warnings to the public about the dangers associated with IVC filters.

The FDA noted that some of these problems could have been caused by the device being left inside the patient for too long, and recommended that physicians remove IVC filters as soon as the risk for pulmonary embolisms had subsided.

The FDA followed up this warning with another one in 2014.2 This new warning stressed the risks of leaving IVC filters in patients for longer than necessary. It also pointed to a medical study that had found that the risks of an IVC filter began to outweigh the benefits between 29 and 54 days after it was implanted.3

The warnings by the FDA spurred IVC filter manufacturers to conduct postmarket clinical trials, including the PRESERVE Study.

In 2015, the FDA sent a warning letter to IVC filter manufacturer C.R. Bard.4

The warning letter accused the company of making and selling two IVC filter retrieval devices that had been neither approved nor cleared by the FDA:

Perhaps more importantly, though, the FDA's warning letter accused Bard of failing to properly report IVC device malfunctions that contributed to a death or serious injury in the MAUDE database. Each of these failures drastically understated the severity of the device malfunction in Bard's favor, covering up the dangers of IVC filters.

The table below provides the IVC filter recall list, updated through May, 2019: