The efficacy of IVC filters in preventing blood clots and pulmonary embolisms has been a matter of debate in the medical community. Medical studies are conflicted on the issue. The results matter, because thousands of people are relying on implanted IVC filters to prevent these problems, and live with the risks of medical complications that come with an IVC filter. If IVC filters fail to prevent blood clots and pulmonary embolisms, it could mean that their design is defective, which could lead to even more IVC filter lawsuits. 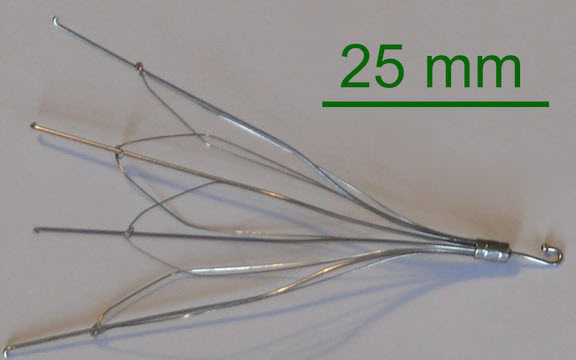 IVC filters are designed to keep blood clots from traveling up the inferior vena cava vein and to the lungs, where they can block the pulmonary arteries and cause a potentially fatal embolism. However, medical researchers are split over whether they work, or not.

On the one hand, there are a handful of studies that suggest that IVC filters are effective at preventing blood clots and pulmonary embolisms.

One study found that, after controlling for the medical histories of IVC filter patients and those who only received blood thinners, the survival rate of both groups was similar.1

Another medical study suggested that patients who received IVC filter implants did not suffer any more short term medical complications if they did not also receive anticoagulants.2

A third study came to a more mixed conclusion, but still supported the use of IVC filters for certain patients. That study found that, when compared to using blood thinners and anticoagulant therapy, IVC filters increased the risk of developing recurrent blood clotting, but lowered the risk of suffering a fatal pulmonary embolism.3

3. Other studies show that IVC filters are ineffective

On the other hand, a few studies have shown that IVC filters are so prone to failure that the risks of having one implanted might outweigh the medical benefits.

Another study conducted a randomized trial of 400 patients who had deep vein thrombosis – blood clotting problems in deep veins – and who were at risk of a pulmonary embolism. 200 of them received an IVC filter implant and were treated with anticoagulant blood thinner. The other 200 only received the blood thinners. After two years, those who received IVC filter implants only suffered pulmonary embolisms 2.9% less than those who did not receive a filter. However, IVC filter patients were 9.2% more likely to develop recurrent deep vein thrombosis.5

4. Why an IVC filter's efficacy matters

If the medical community decides that IVC filters are ineffective at preventing pulmonary embolisms and blood clots, it could strengthen the lawsuits that have claimed that IVC filters suffer from a defective design.