California's “three strikes” law is a sentencing scheme that gives defendants a prison sentence of 25 years to life if they are convicted of three violent or serious felonies.1 The law is codified in Penal Code Section 667.

Here are some examples of defendants who could face a longer sentence under California three strikes:

You can fight a California three strikes sentence in different ways. You can ask a judge to remove a strike prior by way of a Romero motion. Or you can fight to have a felony charge reduced to a misdemeanor.

California three strikes law has changed a lot over the past decade. Some people who were sentenced as “strikers” in the past would not be today. If you or a loved one are serving time under three strikes, you may be able to get your sentence reduced. You may also be able to apply for parole.

Our California criminal defense attorneys answer the following questions below: 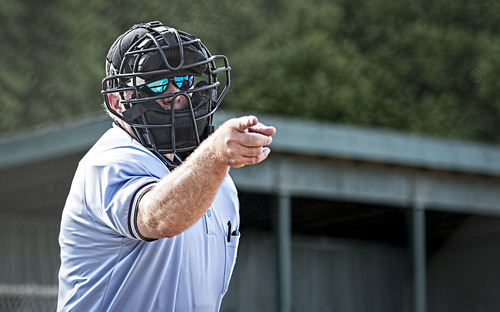 "STRIKE!" - California's “three strikes” law gives defendants a prison sentence of 25 years to life if they are convicted of three violent or serious felonies.

You are a “third strike” defendant if:

If both of these are true, then you will receive a sentence of twenty-five (25) years to life for your current charge.7

What if you have two strike priors for serious or violent felonies—but your current felony charge is NOT for a “strike” offense? In that case, your third strike sentence will be double the normal sentence for that felony.8

Example: Manuel has prior convictions for residential burglary and for robbery. These are both “strike” offenses. He is arrested for possession of hallucinogens for sale. This is a felony--but not a serious or violent one.

Manuel is a third striker. But his third strike is not for a serious or violent felony. So he will not be sentenced to 25 years to life. But he will face double the normal prison term for possession for sale of a controlled substance.

In a few cases, a third striker can receive 25 years to life even if their third offense is not a serious or violent felony. This will happen if:

Example: Let's take Manuel from our example above. Instead of burglary and robbery, let's say that one of his strike priors was lewd acts with a minor child.

Manuel's current charge of drug possession for sale is not a strike offense. But he has this serious sex crime on his record. So he can receive a 25-year-to-life sentence under three strikes law for this charge.

Let's say you have one strike prior on your record and then are charged with any California felony. In that case, you will be punished as a “second striker.” This means that you can receive double the normal maximum sentence for that crime.10

Example: Angel is convicted of California arson under PC 451. He completes his sentence and is released from prison. Many years later, he is charged with first-degree robbery.

The normal maximum prison sentence for first-degree robbery is three to nine years. But arson is a “strike” prior, so Angel is a second striker.11 This means he may be sentenced to up to 18 years in prison on the robbery charge.

Normally California prison inmates earn “custody credits” for time served with good behavior. This can lead to release from prison after serving only 50% of the sentence. But three strikes law limits this privilege.

Second or third strikers have to complete 80% of their sentence before they can be released.12 Defendants convicted of a violent felony must serve 85% of the sentence.13

Let's say a defendant who falls under three strikes law is charged with more than one crime in one court case. S/he cannot complete the sentences for the different charges at the same time. Instead, they must be served one after another. (This applies only if the charged crimes were committed at different times and aren't part of the same set of facts.)14

An example of a violent felony would be rape...

2. What crimes count as strikes under California three strikes law?

Examples of violent felonies include:

A felony where the defendant personally uses a firearm is a serious felony under Three Strikes.

Examples of serious felonies include:

There are a limited number of California juvenile crimes that count as strike priors too. These juvenile convictions will count only if the defendant was at least 16 when s/he committed the crime.18

Out-of-state convictions can count as strike priors. If the out-of-state crime has all the elements of a serious or violent felony in California, it will count.19

Finally, you can get two (or more) strikes at one time, in a single court proceeding.20

Example: Scott is driving a stolen car and gets in an accident with another car. The other driver tries to call the police. Scott pulls out a handgun to get her to stop. He then takes another car at gunpoint and tries to flee the scene.

Scott is charged with assault with a firearm and robbery (for taking the second car). He is convicted of both crimes in the same trial. Both crimes count as strike priors.

The two crimes arose from the same situation and were tried at the same time. But Scott still has two separate strikes on his record now.21

3. Can a court remove prior strikes?

Luckily, courts can excuse or dismiss prior strikes in the interest of justice.

A criminal defense attorney can also ask the judge to dismiss a strike prior. They can do this with a Romero motion.

A criminal defense attorney can get a strike prior dismissed with a Romero motion.

A Romero motion asks a judge to dismiss a strike in the interest of justice. The judge will make a decision based on all the circumstances. S/he might consider how long ago the strikes occurred, the defendant's history, and the facts of the current charge.23

4. How do I appeal a three-strikes sentence?

You can appeal a three strikes sentence with the help of an experienced appellate attorney.

Proposition 36, passed by voters in 2012, made significant changes to California's three strikes law. Thousands of inmates sentenced as third strikers under the old law would not be third strikers now.24

These inmates can appeal their sentences. If the appeals are successful, they could be released early—or immediately.

A three strikes defendant may also appeal his sentence because it is “cruel and unusual punishment.” The Eighth Amendment to the US Constitution makes this unconstitutional.25

Example: Phil has two prior convictions for armed robbery. Decades later, he is charged with selling cocaine to a 17-year-old. This is a serious felony under California three strikes. He is sentenced to 25 years to life as a third striker.

Phil may be able to appeal his three strikes sentence. He and his attorney can argue that the sentence is disproportionate to the crime. This might mean that it is unconstitutional cruel and unusual punishment.

Some three-strikes defendants may be eligible for parole under California law.

5. Can three-strikes defendants get parole?

Some three-strikes defendants may be eligible for parole under California law.

California voters passed Proposition 57 in 2016. Prop 57 is an amendment to the California Constitution. It states that everyone convicted of a nonviolent felony is eligible for parole. They need to have served their “primary sentence” for parole consideration.26

The “primary sentence” under Prop 57 is the maximum sentence for a given offense. It does not include sentence enhancements like three strikes.27

This means that third strikers who are convicted of nonviolent offenses may apply for parole. They can do so after they complete the normal maximum sentence for their third strike.

Example: Vince has two strike priors on his record. He is then convicted of felony reckless evading under Vehicle Code 2800.2 VC. He is sentenced to 25 years to life as a third striker.

Before Prop 57 was passed, Vince was not eligible to parole. But Prop 57 applies to him because he is serving time for a nonviolent felony.

The maximum state prison sentence for felony reckless evading is three years. So Vince is eligible to apply for parole after he has served that time.28

6. What is California's “one strike law”?

California's one strike law, Penal Code 667.61 PC, extends prison sentences for certain sex crimes. It is called the “one strike law” because the longer sentences apply on the first conviction.29

The one strike law applies to people convicted of certain crimes with certain “aggravating factors.” The crimes it applies to include:

The aggravating factors that can trigger a one-strike law sentence include:

The one-strike law can extend a sentence for one of these crimes for 15 or 25 years. It can even lead to a life sentence.32

7. How can I fight a charge in a three-strikes case?

The prosecutor in a three strikes case has to prove that you have strike priors. This is called “proving the strike allegations.” Prosecutors do this with court records, prison records, fingerprint records, etc.

Your defense attorney can argue that one or more of the priors isn't actually a strike.

Example: Don is found guilty of aggravated assault. He has a prior conviction for discharging a firearm with gross negligence. The prosecutor argues that this is a strike prior. That would mean that Don gets double the sentence as a second striker.

California's three strikes law dates back to the 1990s. It was enacted by voter initiative and legislation in that “tough on crime” era.

Originally, California three strikes made you a third striker if you were convicted of any felony. If you had two serious or violent felonies on your record, any third felony triggered three strikes.34 People were being sent away for 25 years to life after a nonviolent theft or drug crime conviction.35

But in 2012, California voters passed Proposition 36.36 Under Prop 36, the harsh “third striker” penalties are only triggered if the third conviction is also for a serious or violent felony. (There are a few exceptions, like if the third strike is a felony sex crime or was committed with a firearm.)

Prop 36 showed that California voters recognize what a flawed law three strikes is. It can violate the constitutional right against cruel and unusual punishment. It impacts minority and disabled defendants at a much higher rate.37 It keeps California prisons overcrowded and expensive. And it strips defendants of the hope of rehabilitation.