Penal Code 499c is the California statute that makes it a crime to steal trade secrets. A “trade secret” is generally defined as information of a business that has a value for not being known to the public (e.g., a pizza parlor's recipe for its sauce).

Luckily, there are several legal defenses that a person can raise. These include showing that an accused party:

Theft of a trade secret is charged as a felony under California law (as opposed to a misdemeanor or an infraction). The crime is punishable by: 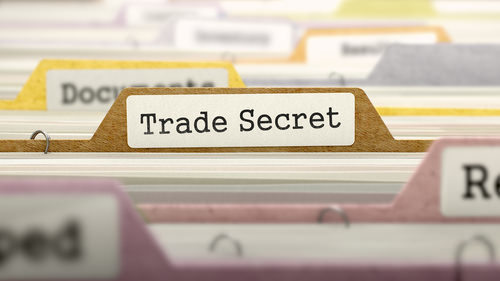 California Penal Code 499(c) PC is the California statute that says the theft of a company's trade secret is a crime.

1. The legal definition of theft of trade secrets

Penal Code 499(c) PC is the California statute that says the theft of a company's trade secret is a crime.1

The statute sets forth specific definitions for the terms “theft” and “trade secret.”

According to PC 499(b), “theft” occurs when a person intends to deprive a trade secret from its owner, and either:

Trade secrets are often in the form of information, but they may also include:

A person can challenge the charges by raising a legal defense. A good defense can often get a charge reduced or even dismissed. Please note, though, that it is critical for an accused to hire a knowledgeable criminal defense attorney to get the most effective defense.

Please recall that Penal Code 499(b) provides a very specific definition of what “theft” is. This means that it is a valid legal defense for an accused to show that his actions did not come under the umbrella of the PC 499(b) definition of “theft.”

Please also recall that PC 499(a)(9) sets forth a specific definition of what a “trade secret” is. A solid legal defense, therefore, is for an accused to show that, while he may have stolen or taken something from a business, the item did not rise to the level of a trade secret. Please note, though, that the accused could still likely be found guilty of the taking under another California theft law.

In many cases, suspects are often arrested and accused after an undercover sting operation. Any later charges of theft of a trade secret, though, must get dropped if an officer lured a suspect into committing the crime.

This “luring” is known as entrapment. It applies to overbearing official conduct on the part of police officers - like pressure, harassment, fraud, flattery, or threats. Entrapment is an acceptable legal defense provided that the accused shows he only committed the crime because of the entrapment. 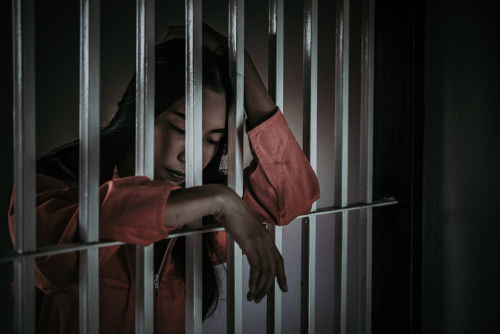 Theft of a trade secret is charged as a felony under California law. The crime is punishable by:

Note that in lieu of jail time a judge may order a defendant to felony probation.

There are three crimes related to theft of trade secrets. These are:

The crime of theft under California law is defined as the unlawful taking of someone else's property.6

When the property taken is valued at more than $950, then the theft is considered the California crime of grand theft, per California Penal Code 487 PC.

Grand theft is a type of wobbler offense under California law. This means that it can be charged as either a misdemeanor or a felony.

The maximum potential sentence for misdemeanor grand theft is up to one year in county jail.7

For a felony grand theft conviction, a defendant may be imprisoned in the county jail for a term of:

Embezzlement is a crime under California Penal Code 503 PC.

Embezzlement in California is punished as a form of California grand theft or California petty theft, depending on the value and type property that is stolen or borrowed.10

If the property is either

then California embezzlement is a form of grand theft. 11

As such, it is a wobbler offense, meaning that it can be charged as either a misdemeanor or a felony, depending on the facts of the case.

With property worth less than $950, an embezzlement is a form of petty theft—a misdemeanor punishable by up to six months in county jail.13

Per California Penal Code 459 PC, it is a crime for a person to commit burglary.

First-degree burglary is a felony. The potential consequences include a state prison sentence of two, four or six years.16

Second-degree burglary is a wobble. Meaning it can be charged as either a felony or a misdemeanor.

A misdemeanor charge carries a possible county jail sentence of up to one year.18

Were you accused of stealing a trade secret in California? Call us for help…

If you or someone you know has been accused of a crime under Penal Code 499(c) PC, we invite you to contact us for a free consultation. We can be reached 24/7 at 855-LawFirm. (For similar accusation in Colorado, please see our article on Theft of Trade Secrets (Colorado 18-4-408 C.R.S.)).