Health and Safety Code 11361 HS is a California marijuana law that makes it a crime for adults to:

HS 11361 is one of a number of California crimes (such as Business and Professions Code 25658 furnishing alcohol to a minor and Health and Safety Code 12702 furnishing dangerous fireworks to a minor) that specifically punish people for involving minors in illegal activities.

Proposition 64 (California marijuana legalization) means that as of January 1, 2018 adults over 21 may purchase, possess and use small amounts of marijuana without violating the law.

But that right does not extend to minors. And California law enforcement remains committed to vigorously enforcing laws that prevent minors from using marijuana or getting involved with the marijuana business.

An exception is minors who use medical marijuana in California with the consent of a parent.

Violation of Health and Safety Code 11361 is a California felony.

Giving (as opposed to selling) marijuana to a minor 14 years of age or older carries a penalty of:

All other violations of Health and Safety Code 11361 are punishable by:

To be clear, this longer term applies when you:

Defenses to Charges under Health and Safety Code 11361 HS

Legal defenses to California Health and Safety Code 11361 HS depend on the nature of the alleged act.  But they may include:

With the exception of inducing a minor to use marijuana, it is a not a defense that you didn't know the person was a minor.

You are guilty of all other provisions of HS 11361 even if you reasonably believed the minor was at least 18.

We are a criminal defense firm that has successfully defended thousands of clients on drug-related charges.

To help you better understand the law on giving or selling marijuana to a minor, our California criminal defense attorneys discuss the following, below:

California Health and Safety Code 11361 HS prohibits a broad range of acts. It is designed to keep adults from giving marijuana to minors, or using them in any way in the sale or transport of drugs.

You violate Section 11361 if at the time of the offense:

The acts prohibited by HS 11361 fall into three broad categories:

Let's take a brief look at each of these categories.

1.1 Using a minor in the sale, preparation or transport of marijuana

California Health and Safety Code 11361 HS makes it unlawful to hire, employ, or use a minor to unlawfully:

To prove you guilty of this crime, the prosecution must establish that:

For purposes of this part of the law, it is not necessary that you paid or otherwise compensated the minor. It is enough that you used a minor to do any of the prohibited acts.5

Example: Alicia is in a gang that sells marijuana on the black market. The gang uses minors to peddle the drugs, because they believe the law will treat the minors more leniently. Alicia is responsible for organizing the minors and giving them the marijuana to go out and sell. By doing so, Alicia violates Health and Safety Code 11361 (as well as various other drug and gang charges), even if the minors are never paid for their work.

California Health and Safety Code 11361 also makes it unlawful to:

marijuana to a minor.

To prove you guilty of this section of HS 11361, the prosecutor must prove that:

You do not have to actually hold or touch marijuana to sell, furnish, administer or give it away. It is enough if you have control over it -- or the right to control it -- either personally or through another person.7

Example: James and Janine are a young married couple in the business of selling marijuana "under the table". One of the places they sell is at the local junior high. James, however, has been previously convicted of selling drugs. So Janine is the only one that ever takes marijuana to the school or interacts with the kids. Nevertheless, because he shares the right to control the marijuana, James is liable of selling marijuana to minors.8

You do not actually need to deliver marijuana to be convicted of offering to sell it. It is enough that you intended to sell it.9

If the marijuana were being sold illegally--that is, without a valid state license for marijuana sales--it is not necessary that you intended to sell the marijuana to a minor. The intent required to make you guilty of a crime is the intent to sell a drug unlawfully. The fact that you sold or offered to sell to a minor merely goes to the matter of punishment.10

1.3 Inducing a minor to use marijuana

To prove you guilty of this crime, the prosecutor must prove that:

a minor to use marijuana;

Unlike other violations of HS 11361, you are not guilty of inducing a minor to use marijuana if you reasonably and actually believed the minor was 18 or older.12

This is because it is not a criminal offense to induce an adult to use marijuana.13 Whereas, even if you believed someone was at least 18, it would be a crime to sell that person marijuana, or to use him or her to transport marijuana.

Violation of California Health and Safety Code 11361 HS is always a felony. Unlike most other marijuana-based crimes, the sentence is served in California state prison.

With one exception, all HS 11361 violations carry a penalty of:

The sole exception is giving or offering to give marijuana to a minor who is at least 14 years of age. That offense subjects you to:

Depending on your criminal history (if any) and the specific facts of your case, you may be eligible for California felony (formal) probation in lieu of all or part of your sentence.16

If you are sentenced to felony probation, you will serve no more than one year of your sentence in county jail. But your probation will typically last between three and five years.

During that time, you will be subject to certain conditions. These may include:

If you violate any of the conditions of your probation, the judge can order to serve out your sentence in state prison.

Legal defenses to charges under Health and Safety Code 11361 HS may include:

Example: You go to a party at the home of a friend who is a junior at a local university. He tells you all his friends are in his class. Your friend passes around a joint, but one of the girls at the party hesitates. You talk her into trying the pot. It turns out she is only 17. But because your friend is a junior, and he said she was in his class, you believed she was at least 18. If the jury decides your belief was reasonable, you have a defense to the charges.

Example: The police suspect you of selling marijuana without a license. They send a teenage informant to your home late at night, who pleads with you to sell him a dime. He says he needs it for his brother, who is suffering from cancer. So you give him a small amount of weed. The police then move in and arrest you.

The police tactic probably runs afoul of California's entrapment laws. This may be a basis to get the whole case dismissed. 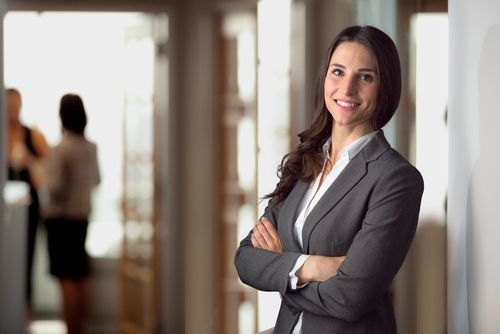 For more information about California's marijuana laws, or to discuss your case confidentially with one of our criminal defense attorneys, please don't hesitate to contact us at Shouse Law Group. Our California criminal law offices are located in and around Los Angeles, Orange County, San Diego, Riverside, San Bernardino, Ventura, San Jose, Oakland, the San Francisco Bay area, and several nearby cities.

Additionally, our Las Vegas Nevada criminal defense attorneys represent clients accused of violating Nevada's marijuana laws. For more information, we invite you to contact our local attorneys at one of our Nevada law offices, located in Reno and Las Vegas.

1 California Health and Safety Code 11361(b): Every person 18 years of age or over who furnishes, administers, or gives, or offers to furnish, administer, or give, any marijuana to a minor 14 years of age or older shall be punished by imprisonment in the state prison for a period of three, four, or five years.

2 California Health and Safety Code 11361(a): Every person 18 years of age or over who hires, employs, or uses a minor in unlawfully transporting, carrying, selling, giving away, preparing for sale, or peddling any marijuana, who unlawfully sells, or offers to sell, any marijuana to a minor, or who furnishes, administers, or gives, or offers to furnish, administer, or give any marijuana to a minor under 14 years of age, or who induces a minor to use marijuana in violation of law shall be punished by imprisonment in the state prison for a period of three, five, or seven years.

10 People v. Lopez (1969) 271 Cal.App.2d 754, 77 Cal.Rptr. 59 (“Where a person intends to furnish marijuana, his ignorance of the age of his donee is not the kind of ignorance which ‘disproves any criminal intent'… nor is it the kind of accident which negates an evil design, because the act of furnishing is criminal irrespective of the age of the donee.”)

12 Same: [The defendant is not guilty of this crime if (he/she) reasonably and actually believed that <insert name of person solicited> was at least 18 years of age. The People have the burden of proving beyond a reasonable doubt that the defendant did not reasonably and actually believe that <the person in question> was at least 18 years of age. If the People have not met this burden, you must find the defendant not guilty of this crime.]