Certain persons that were proven guilty of felony murder in California may be able to bring a petition for reduction in their sentence.

California's new felony murder rule limits who can be prosecuted for felony murder to those who commit or intend to commit a killing.

Specifically, under the new law, a person can only be convicted of felony murder if he:

Examples of felony murder under the new law are when:

Under SB 1437, the parties that can petition for a reduced sentence include those that were proven guilty of felony murder under a natural and probable consequences theory.

Eligibility for Resentencing under Senate Bill 1437

Appealing a Sentence Under Senate Bill 1437

Certain persons that were proven guilty of felony murder in California may be able to get a reduction in their sentence.

Under California law, a person is guilty of murder if he:

Under California's old felony murder law, a person could get convicted of felony murder simply if a victim died during the commission of a felony. This was true even if:

Essentially, the only requirements were that:

Example: Tom kidnaps an elderly woman (violating Penal Code 207, California's kidnapping law) for ransom. He does not inflict any physical harm or force on her. However, in a state of fear, the woman suffers a heart attack and dies. Under this set of facts, Tom could have been charged with felony murder under the old felony murder rule – even though he inflicted no harm on the woman and had no intent to kill her.

Unlike the old law, the new felony murder law requires a greater element of an intent to kill by the defendant.

According to SB 1437, a person commits felony murder, and therefore is liable for murder, when he commits, attempts, or participates in a felony; and, one of the following is true:

Example: Returning to the example above, Tom is innocent of felony murder. He did commit the felony of kidnapping, but he did not commit murder. He did not kill the woman. He did not help anyone murder the woman with an intent to kill. And, he did not act in a way that showed a “reckless indifference to human life.” The woman died from a heart attack and not because Tom inflicted any harm or force. 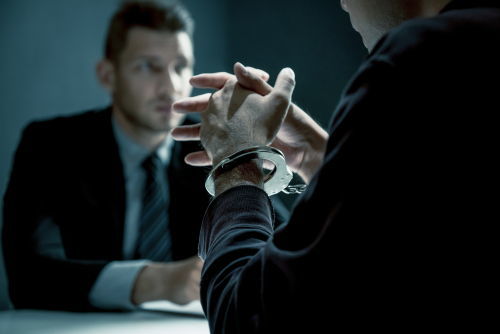 Non-felony murder results in a charge of first-degree murder or second-degree murder, depending on: The facts of the case and the specific felony involved.

Similarly, there are two degrees of felony murder – first-degree and second-degree. Different penalties are imposed for each separate degree.

A first-degree felony murder conviction can lead to:

A second-degree felony murder conviction can lead to 15 years to life in California state prison.4

Senate Bill 1437 is retroactive. This means that inmates currently serving time for felony murder can apply for a sentence reduction.

But, the new law imposes one condition on this general rule. It only applies to those defendants that were proven guilty under a natural and probable consequences theory (“NPC theory”).5

Under an NPC theory, a defendant is guilty of felony murder if:

A coparticipant in a crime is anyone that aided and abetted another person in committing the crime.7

A “natural and probable consequence” is one that a reasonable person would know is likely to happen if nothing unusual intervenes.8

Courts determine if a consequence is natural and probable by examining all of the facts within a given case.

Example: Carl shows up drunk at his friend Doug's house. Carl tells Doug that Carl's girlfriend, Wendy, just cheated on him. Carl has a revolver and is in a fit of rage. He tells Doug repeatedly that “it's payback time,” and that Wendy “is going to get what she finally deserves.” Carl asks Doug for a ride to Wendy's house.

Doug agrees and waits in the car while Carl goes inside. While inside, Carl pushes and hits Wendy. During the beating, she denies cheating and starts verbally abusing Carl for the false allegations. Carl then strikes Wendy in the face and on the head with his gun. He repeats these acts several times. Wendy later dies because of the blows from the revolver.

Under an NPC theory, Doug might be found guilty of murder. He aided Carl in the felony of battery, per California Penal Code 242, by driving Carl to Wendy's house. Given the facts, a judge or jury might say that a reasonable person would have known that Wendy's murder was a “natural and probable consequence” of Carl's actions. The pertinent facts are that Carl was drunk, had a gun, was in a fit of rage, and made several threats towards Wendy.

Note that, using an NPC theory, Doug could be charged with murder even though he never intended to kill Wendy and took no forceful or violet acts towards her.

5. SB 1437 and Eligibility for Resentencing

Example: To help understand this third condition, consider Doug above. Doug would meet the requirements of this condition since he is not be guilty of felony murder under Senate Bill 1437. This is because he did not personally kill Wendy. Further, he did not aid or abet in killing Wendy. He aided to the felony of battery, not murder. He was also not a major participant to the battery. He simply drove Carl to Wendy's home and waited in the car.

6. Rules for Appealing a Sentence under Senate Bill 1437

Appealing a sentence, in accordance with SB 1437, requires two things. These are:

Under SB 1437, a person appealing a sentence is known as a petitioner. To appeal, the petitioner must file a petition with:

The petition has to include a declaration from the petitioner that shows he is eligible for a sentence reduction. Again, eligibility is determined by meeting the three conditions discussed above (see section 5).10

If a petitioner shows that he is eligible for a sentence reduction, then a hearing is held.11 The hearing determines whether or not the petitioner's sentence actually gets reduced.12

If the prosecutor cannot make this requisite proof, then:

any allegations and enhancements attached to the conviction, shall be vacated and the petitioner shall be resentenced on the remaining charges.14

The judge hearing the case makes the final decision as to what new sentence gets imposed.

A person that is resentenced will be given credit for time served. Further, the judge may order that the petitioner receive parole supervision for up to three years following the completion of the sentence.

Do you believe you are entitled to a reduced sentence under California's new felony murder law? Call us for help…

If you or someone you know believes they are entitled to a reduced sentence for a felony murder conviction, pursuant to Senate Bill 1437, we invite you to contact us for a free consultation. We can be reached 24/7 at (855) LAW-FIRM.