Charged With Attempted Murder? Advice from a former D.A.

Under Penal Code 664/187(a) PC, attempted murder in California is when the perpetrator intends to kill the victim and takes a direct step towards killing the person, but the victim does not die. Attempted first-degree murder is punished by life in state prison. The sentence for attempted second-degree murder is punished by 5, 7, or 9 years in state prison.

(First-degree murder (Penal Code 187 PC) is premeditated and willful. Second-degree is all other types of murder.)

Four most common strategies for fighting PC 664/187(a) charges are to show that the defendant:

In this article, our California criminal defense attorneys will answer the following key questions about attempted murder law: 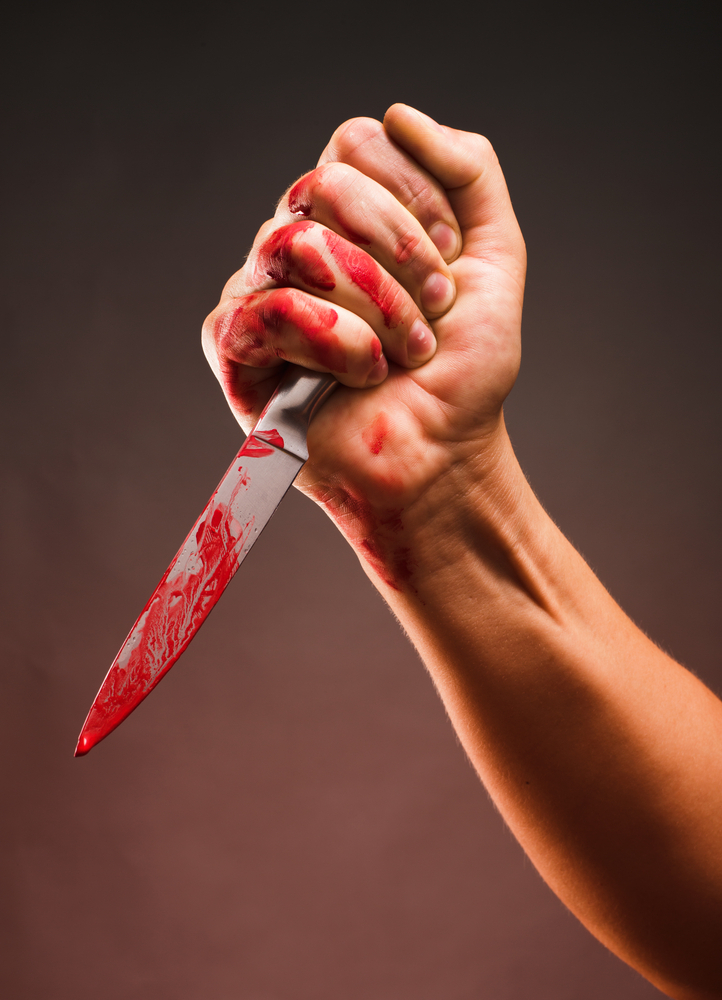 Intention to kill is a key element of attempted murder in California.

Attempt murder is trying but failing to kill another human being.2 In California, the two elements of this violent crime are:

Note that a fetus is considered a person for the purposes of this law.

A ‘direct step’ requires more than simple planning. It is putting the plan into motion. It means the murder would have occurred had an outside factor not interfered.4

This direct action can be almost anything. Examples include:

The following are examples of murder preparation. They are not direct steps in an attempt murder case:

Note that a “direct step” does not have to include any physical touching of the intended victim. A person can get convicted of attempted murder simply by putting a plan to kill into action, even if no physical contact is made.

The location of any injuries is important. Upper body injuries are more indicative of premeditated murder intent. That is because the vital organs are located there.

Lower body injuries instead indicate intent to injure. Even if the defendant did intend to kill, prosecutors may struggle to prove it.6

In many cases, there are no injuries at all. So prosecutors rely on overall circumstances to show intent.

Example: Police officers are chasing Charles. Charles stops about 20 feet from the police. He points his gun at them and fires. He misses. Then his gun jams before he can fire again. Here, the police remained uninjured. But the act of shooting at the police could suggest an intent to kill.7

When shooting into a group of people, all prosecutors have to prove is the intention to kill someone. Not any particular person. “Although a primary target often exists and can be identified, one is not required.”8

Example: Nicholas participated in a drive-by shooting. He and a fellow gang-member pulled up to a spot. A group of rival gang members was congregating there. Nicholas fired a shot into the group.

The court convicted Nicholas of attempt murder. He had no intent to shoot a specific target. But shooting into the group was sufficient.9

California recognizes the kill zone theory of attempted murder liability. This means that defendants are liable for anyone they may inadvertently kill while attempting to kill a specific target.

Example: The defendant places a bomb on a commercial airplane. The defendant intends to kill a specific passenger. But the bombing ensures the deaths of everyone on board. The bomb does not go off. But the court could convict the defendant of attempt murder for every passenger.10

To be convicted under this kill zone premise, the defendant does not even need to know that others are in the kill zone.

Example: The court convicts the defendant of 11 counts of attempt murder. He had shot at multiple residences. The defendant intended to kill two specific individuals. Not all 11 occupants. But he got 11 convictions since they were all in the kill zone. The court stated:

“In this case, defendants manifested a deliberate intention to unlawfully take the lives of others when they fired high-powered, wall-piercing, firearms at inhabited dwellings. The fact they could not see all of their victims did not somehow negate their express malice or intent to kill as to those victims who were present and in harm’s way, but fortuitously were not killed.”11

There are a variety of legal defense strategies that apply to Penal Code sections 664 and 187 PC. Some of the most common attempted murder defenses include the following.

2.1. No specific intent to kill

Unless the state can prove the defendant intended to kill, the attempt murder charge should not be sustained.

Even if the defendant prepared an elaborate plan to kill someone – bought the weapons, wrote down exactly how the murder will take place, and made arrangements for disposing of the body – if the defendant is caught before executing that next step, then no attempted murder took place.

Or, if the defendant does the above preparations and then abandons the plans, no attempted murder took place.14

It only becomes attempted murder when the defendant takes a direct step.15 But if the defendant abandons the murder plan after taking a direct step, the criminal defense attorney may be able to persuade the prosecutor to reduce the charge during a plea negotiation. Abandoning the plan demonstrates regret and remorse.

Defense attorneys know how to effectively investigate a case. As long as they can raise a reasonable doubt, the charge should be dropped.

California’s self-defense laws allow people to use reasonable force to defend themselves or another person if they reasonably believe that bodily harm is imminent. If people reasonably believe they are about to be killed, they can legally kill their assailant. And according to California case law and jury instructions, crime victims may stand their ground. There is no duty to retreat first.16

Example: Ella is walking down an empty street in L.A. Suddenly a masked man appears and holds her up with a knife to her neck. A black-belt in karate, Ella takes down the masked man, grabs the knife, and stabs him in the heart. The robber dies. Here, Ella reasonably believed her life was in jeopardy because the robber was holding a knife to her neck. So she acted with reasonable force by using deadly force on him. As the victim, Ella had no legal duty to try to run away first.

A potential defense to any criminal charge is that the defendant was falsely accused. In attempt murder cases, the criminal defense attorney would try to find evidence of the accuser’s motivations to lie and would impeach his/her credibility.

Attempt murder is a felony in California under PC 664/187.

3. What is the sentence for attempted murder in California?

Defendants must serve at least fifteen (15) years if the victim was an on-duty:

Attempted murder is a violent felony under California’s three-strikes law.22 Therefore, a conviction counts as a strike on the defendant’s criminal record.23

Attempt murder with a gun carries enhanced penalties. This is the 10-20-life “use a gun and you’re done” law (PC 12022.53). Defendants face an additional sentence of:

Attempt murder is an aggravated felony. Therefore, non-citizens convicted of it face deportation.28

4. What are other crimes that can be charged along with attempted murder?

There are many criminal charges related to PC 664/187 attempt murder law violations. The following may accompany or replace attempted murder charges.

4.1. Shooting at an inhabited dwelling or occupied car

Shooting at an inhabited dwelling or occupied car (PC 246) indicates an intent to kill the occupant(s). Therefore, prosecutors often charge PC 246 defendants with the additional crime of attempt murder.

Similarly, committing a drive-by shooting (PC 26100) is attempted murder if no one dies. The logic is the same as above. Firing a gun towards people indicates intent to kill at least one.

California domestic violence law could give rise to attempted murder charges. This occurs if the defendant and victim are intimate partners. Such as spouses or significant others. And one attempts to kill the other.

Aiding a suicide (PC 401) is a crime even if the victim does not die.32 The line between attempt murder and aiding suicide can be blurry.

4.7. Soliciting someone to commit a crime

Solicitation of a crime (PC 653f) is appointing another person to commit certain crimes, such as murder.34 It is a felony and carries up to nine years in prison.35

Aggravated battery (PC 243(d)) is battery causing serious bodily injury. This crime may be filed as a misdemeanor or a felony, depending on the circumstances and the extent of the injuries.36

Contact our DUI and criminal law firm for help and legal advice and a free consultation.

In Colorado? See our article on Attempt Murder in Colorado.

In Nevada? See our article on Attempt Murder in Nevada.