Penal Code 484 PC defines the crime of petty theft in California.  Petty theft is wrongfully taking or stealing someone else's property when the value of the property is $950 or less. If the value exceeds $950.00, then the more serious crime of grand theft can be charged.

484 PC states that “every person who shall feloniously steal, take, carry, lead, or drive away the personal property of another, or who shall fraudulently appropriate property which has been entrusted to him or her, or who shall knowingly and designedly, by any false or fraudulent representation or pretense, defraud any other person of money, labor or real or personal property, or who causes or procures others to report falsely of his or her wealth or mercantile character and by thus imposing upon any person, obtains credit and thereby fraudulently gets or obtains possession of money, or property or obtains the labor or service of another, is guilty of theft.”

There are several forms of theft that may give rise to petty theft charges in California. These include:

There are several legal defenses that a person can raise if accused of a crime under this statute. These include showing that the defendant:

Petty theft is charged as a misdemeanor in California (as opposed to a felony or an infraction).

Also note that, if a person is convicted of an offense under PC 484, this conviction:

A person convicted of this offense can also seek to have the conviction expunged once he successfully completes: 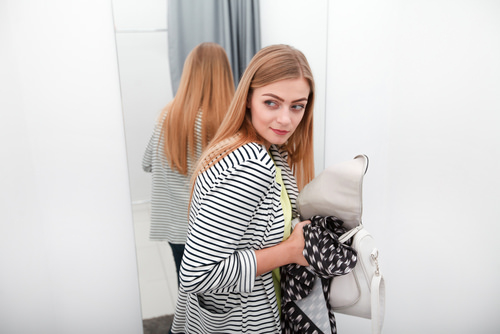 Penal Code 484 PC is the California statute that makes petty theft a crime.

Penal Code 484 PC is the California statute that makes it a crime for a person to unlawfully take someone else's property and possess it as his own. This crime is known generally as theft.1

Note that a prosecutor must prove four things in order to successfully convict a defendant under PC 484. These are:

Questions often arise under this statute on:

For purposes of 484 PC, “ownership” and “possession” may be regarded as the same terms.4

In showing that a defendant intended to deprive an owner permanently of his property, it is enough to show that:

For a completed theft crime, the defendant must have moved the property or carried it away.7 This is sometimes called "asportation."

This movement must include three things. These are:

When a defendant steals many items in a case, a question becomes whether this stealing is one crime or if each theft constitutes a separate offense.

In this situation, the thefts will count as one single theft charge if:

1.5. Use or benefit of property taken

For a theft conviction, it does not matter whether the defendant intended to use the property taken or beneﬁt from it. He is guilty of theft if there is an intent to permanently deprive the owner of the property.11

In determining the correct value of property, courts use something called “fair market value."12

Fair market value is defined as the highest price the property would reasonably have sold for in the open market at the time, and in the place, where it was stolen.13 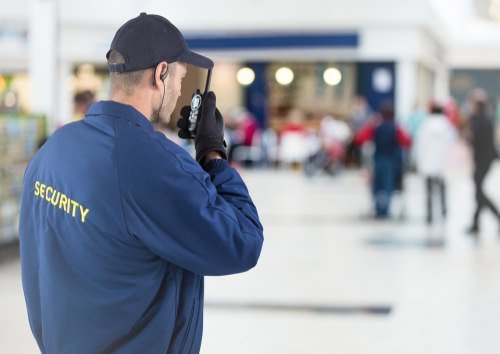 2. Are there different forms of petty theft?

There are several forms of theft that may give rise to petty theft charges in California. Some include:

Most petty theft cases involve the form of theft known as “larceny.”

This crime typically occurs when someone physically takes and carries off with another person's property.

This property is most often personal in nature and may include:

The elements of theft by larceny are the same as outlined above for the crime of theft. In addition, the value of the property taken must be $950 or less for larceny to be charged as petty theft.

A prosecutor must successfully prove five things in order to convict a defendant of theft by trick. These are:

A “fraud” is the intentional use of deceit, or a trick, to deprive another of his property or a legal right.

Theft by embezzlement (Penal Code 503) is another way in which prosecutors may charge a person with petty theft.

If they do, they must prove four things to convict that person of a crime. These are:

A person takes or uses someone else's property “fraudulently” when he takes undue advantage of them or caused them a loss by breaching a duty or confidence.16

It is not a defense to petty theft by embezzlement charges for the accused to show that he intended to return the property.17

2.4. Theft by fraud or false pretenses

Under Penal Code 532, a person commits theft by fraud or false pretense when:

Note that California law says that a person makes a false pretense if he intends to deceive someone else and he does one of the following things:

An accused is only guilty of theft by fraud if the owner of the property relied on the accused's false pretense. This just means that the false pretense has to be an important reason why the property owner gave up his property. It does not have to be the only reason.19

Recall that an accused is only guilty under this code section if he took someone's property without that person's consent. This means it is always a solid legal defense for a defendant to show that he acted with the owner's consent. Perhaps, for example, the accused took some property because he was getting it for the owner of the property.

Also recall that a defendant is only guilty under PC 484 if he acted with the intent to deprive an owner of his property permanently. It is a defense, therefore, for an accused to show that he was merely borrowing a person's property and was going to return it after he temporarily used it. But keep in mind that the accused must try and return the property, after “borrowing” it, within a reasonable time after taking it.

Claim of right is a legitimate defense for any charge of petty theft. This defense asserts that the accused actually believed that he had a right to the property he took - even if that belief is mistaken or unreasonable.20

4. What are the penalties for petty theft?

Petty theft is charged as a misdemeanor in California.

A petty theft conviction may have negative immigration consequences.

The major categories of “deportable crimes” or “inadmissible crimes" are:

Note that one California court has stated that when a defendant commits petty theft by using an intent to defraud, the offense is considered a crime of moral turpitude.23

In addition, there has been a case in which an immigrant was deported for violating PC 484 and that deportation was held as valid.24

Both of these cases, however, are over sixty years old. This means that the ultimate determination as to whether a PC 484 violation will lead to negative immigration consequences most likely will depend on the facts of the case.

Under Penal Code 1203.4, an expungement releases an individual from virtually "all penalties and disabilities" arising out of the conviction.

6. Can a person get an expungement?

A person convicted under 484 PC can try to get the offense expunged.

Under Penal Code 1203.4, an expungement releases an individual from virtually "all penalties and disabilities" arising out of the conviction.25

This means that once a defendant has successfully completed probation for violating PC 484, or serving a jail term for the same, he may begin trying to get the crime expunged.

7. Does a petty theft conviction affect a person's gun rights?

A conviction under Penal Code 484 does not have an effect on the convicted party's gun rights.

Note that some felony and misdemeanor convictions will result in the defendant losing his rights to own a gun in California.

But a conviction involving petty theft will not result in a person losing ownership of his gun or being banned from the gun for a period of time.

8. Are there crimes related to petty theft?

There are three crimes related to petty theft. These are:

Penal Code 487 PC is the California statute that defines the crime of "grand theft."

This section says a person is guilty of grand theft if he:

In most cases, a violation of PC 487 is a wobbler offense. This means that the prosecutor may charge it as either a misdemeanor or a felony.28

If charged as a misdemeanor, the crime is punishable by up to one year in county jail.

If charged as a felony, the offense is punishable by a jail sentence of either:

Under this section, a burglary occurs when a person enters any residential or commercial building or room with the intent to commit a felony or a theft once inside.30

California first-degree burglary is always a felony. The potential consequences include a state prison sentence of up to four years.32

The official legal definition of U.S. mail theft is set forth in two laws:

A person commits the crime of stealing U.S. mail in California if he does any of the following:

Mail theft is a misdemeanor in California.37

If you or someone you know has been accused of a crime under Penal Code 484 PC, we invite you to contact us for a free consultation. We can be reached 24/7 at 855-LawFirm.