Scaffolding related accidents cause almost 4,500 injuries and 60 deaths per year.1 When someone is injured on scaffolding or falls from a scaffold, the victim may be able to file a personal injury lawsuit for compensation.

Compensation in a personal injury claim can include:

Scaffolding accidents can be caused by defective equipment, negligence, or property owners who fail to provide safe conditions. When filing a personal injury lawsuit against those responsible for a scaffolding accident, the victim can file a claim against:

If you have further questions about scaffolding accidents after reading this article, we invite you to contact us at Shouse Law Group. 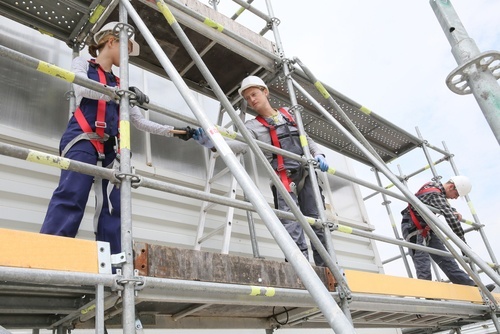 Scaffolding accidents can be caused by defective equipment, negligence, or property owners who fail to provide safe conditions.

According to the Occupational Safety and Health Administration (OSHA), thousands of people are injured every year in scaffolding accidents, including almost 60 fatal accidents annually. Most of these injuries involve construction site accidents. The majority of workers injured in scaffold accidents reported the accidents were caused by:

2. Who is at fault for a scaffolding accident?

In a personal injury lawsuit, the person or group “at fault” for causing the accident may have to pay damages to anyone injured in the accident. Liability in a construction site accident is generally determined by the following causes of action:

To recover damages in a personal injury lawsuit, the injury victim has to prove the following:

Example: Jack is working on a building construction site in El Segundo setting up scaffolding. Jack knows he is the only one who will be on the scaffolding so he sets it up quickly without all the guardrails, midrails, and toeboards. When Jack is getting ready to leave for the day, he knocks over a toolbox which falls off the scaffolding because there was no rail.

Jen is walking on the sidewalk by the construction site. The toolbox hits Jen on the head, causing a concussion and requiring medical attention.

Jen can file a lawsuit against Jack for negligence. Jack breached his duty of care by failing to properly set up the scaffolding. As a result of not putting up the rails, the toolbox fell off the scaffold and hit Jen, causing damage.

Employers Can Be Liable for Employee Negligence

Under “respondeat superior” laws, an employer may be vicariously liable for the negligence of their employees. An individual employee may not have enough money to pay for damages involving a scaffolding accident. However, the employer is more likely to be able to pay for damages or have insurance that will compensate the injury victim.3

In a vicarious liability claim against the employer, the victim has to show:

However, Jack was acting within the scope of his employment at the time of the accident. Therefore, Scaffolder's Construction may be vicariously liable for Jack's negligence and will likely have to pay for Jen's damages.

Under premises liability laws, property owners generally have a duty to repair hazardous conditions or to warn others about dangers.5

Andie planned to close off the front entrance and have tenants come through the back during the project. However, Andie got a phone call about a leaking pipe and never put up the signs to keep people from using the front entrance.

Audrey returned from work and walked into the front of the building. While walking under the scaffolding, a worker accidentally dropped a trowel, hitting Audrey and cutting her face, requiring stitches and medical treatment.

Even when workers follow safety regulations and put scaffolding up the right way, a defect in the scaffolding equipment can cause it to collapse, causing serious injuries.

In a products liability lawsuit, anyone who designs, manufactures, or sells a defective product is strictly liable for damages caused by the product defect. The victim does not need to show that any one person was negligent. Instead, the plaintiff needs to prove:

A defective scaffolding product liability claim can be based on:

3. How much can you get in damages after a scaffolding accident?

In a personal injury lawsuit, the amount of money the plaintiff is seeking is called “damages.” Compensatory damages are intended to compensate the victim for his or her losses caused by the accident. This includes both economic (like medical bills) and non-economic damages (pain and suffering). Lawsuit damages can include:

Damages in a Fatal Scaffolding Accident

Falling from scaffolding can result in fatal injuries. After a fatal scaffolding accident, the surviving family members may be able to file a lawsuit for damages. A wrongful death lawsuit is also a way for the wrongdoer to be held accountable for their negligence.7

The family can file a lawsuit for damages to pay for the funeral and burial expenses. The family can also seek damages for the loss of financial support, and loss of companionship.

4. Can I file a lawsuit against my employer after a scaffolding accident?

When an employee is injured on the job, damages may be limited to workers' compensation claims. Workers' comp is a type of insurance program to compensate workers who are injured in the workplace.

Workers' comp does not require the worker to prove negligence. Instead, employees are compensated for medical expenses related to the injury and given wage replacement. However, an injured worker has limited options for suing their employer.

However, a worker may still be able to file a lawsuit against an employer if the employer:

Other injuries in the workplace may not be limited by workers' comp. For example, if the accident was caused by a third-party or independent contractor, the victim may be able to file a personal injury lawsuit for damages. 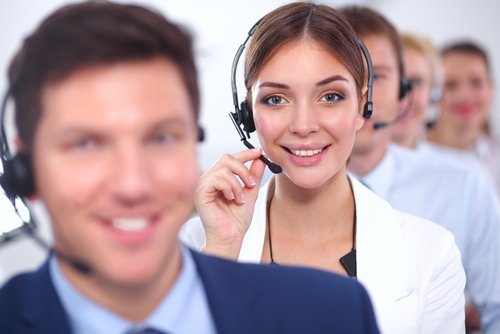 For questions about scaffolding accident claims or to discuss your case confidentially with one of our skilled personal injury attorneys, do not hesitate to contact us at Shouse Law Group.