Examples of a public nuisance may involve

In California, a private nuisance provides for a cause of action for the injured party. A plaintiff can file a lawsuit against the individual or group responsible for the nuisance. A lawsuit can seek an injunction to prohibit the defendant from continuing the nuisance activity. The plaintiff can also seek damages for a loss of property value or damages caused by the nuisance.

If the nuisance actions cause a physical injury to the plaintiff or the plaintiff's family, he or she may also be able to file a personal injury lawsuit for damages caused by the defendant's negligence. The person could also be prosecuted for "public nuisance" under Penal Code 372 and 373a, which is a misdemeanor and carries up to 6 months in jail. 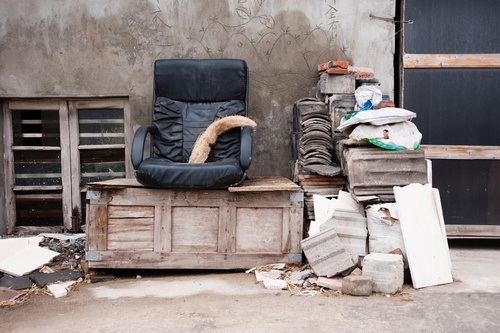 Private nuisance cases generally involve a neighbor or nearby occupant doing something that interferes with the plaintiff’s use of their own property.

1. What is a private nuisance in California?

California law provides a cause of action for a private nuisance. Under California Civil Code Section 3479:

“Anything which is injurious to health, including, but not limited to, the illegal sale of controlled substances, or is indecent or offensive to the senses, or an obstruction to the free use of property, so as to interfere with the comfortable enjoyment of life or property, or unlawfully obstructs the free passage or use, in the customary manner, of any navigable lake, or river, bay, stream, canal, or basin, or any public park, square, street, or highway, is a nuisance.”1

A private nuisance is a type of “tort” in California. A tort is a civil wrong where the actions or inactions of one party cause damage or loss to another. Torts include intentional torts (like assault), negligence, or strict liability torts (like products liability).

A private nuisance is generally categorized as nuisances per se and nuisances per accidens. A per se nuisance generally involves an activity that is prohibited or regulated by statute. For example, when a junkyard is not operated according to state and local laws which interfere with a neighbor's use of the land, that may be considered a per se nuisance.2

Nuisance per accidens, sometimes called a nuisance, in fact, is an unreasonable use or interference, based on the surrounding circumstances.3

1.1. How is a private nuisance different from a public nuisance?

Example: Alan lived at the end of a cul-de-sac. Alan decided he wanted to make his own hot sauce. As demand grew, Alan made large batches of the sauce in his garage. The spicy sauce and vinegar could be smelled up and down the street. Anyone who got close to Alan's house complained of coughing and burning eyes.

Alan's closest neighbors may have suffered from the noxious odor more severely than neighbors at the top of the street. However, because the nuisance affected the larger group of neighbors, it may be considered a public nuisance.

In some cases, a nuisance could be considered both public and private. However, California law also provides that any nuisance that is not a public nuisance is private.5

2. What are the elements of a private nuisance claim?

In order to recover damages in a private nuisance claim, the plaintiff has to prove the defendant interfered with the plaintiff's use and enjoyment of his or her land. This includes proving the following:

Minor annoyances may not rise to the level of a nuisance. The defendant's action or failure to act must be both harmful to the plaintiff and something that an ordinary person would find annoying or disturbing.

Factors involved in determining the benefit of the defendant's conduct include:

Example: Brita owned a home in a suburban neighborhood on a half acre of land. Brita enjoyed tending her backyard garden in order to attract a number of songbird species. The songbirds would visit regularly but more often in the spring. When visiting, the birds would sing and chirp throughout the day. Occasionally, a local teacher would bring her class by so the children could practice identifying birds visually and from their songs.

Brita's neighbor Clive, hated the sound of the songbirds. Clive claimed the birds were too loud and interfered with his leisure activity of talking to other ham radio enthusiasts. Clive files a private nuisance complaint against Brita.

Clive may have been annoyed or disturbed; however, the jury would have to determine whether an ordinary person would be reasonably annoyed or disturbed by Brita's tending to the garden. In a balancing test, the jury would also weigh the seriousness of the harm to Clive against the public benefit. In this case, Clive would likely lose a private nuisance claim against Brita.

3. What are examples of a private nuisance in California?

3.1. Injurious to the Health

A nuisance that is considered injurious to health may include waste, garbage, or dangerous material. If a property owner keeps or allows unsanitary conditions to exist on the property that is harmful or offensive to the neighbor, that may be considered a private nuisance. This could include:

The illegal sale of a controlled substance is explicitly included as a private nuisance under California law. A property that is used to sell drugs or other illegally sold substances can present a hazard to neighboring property. This may include fire hazards and dangerous substance dangers involved in drug manufacturing.

The illegal sale of a controlled substance is also a violation of other California Health and Safety codes and may be considered a nuisance per se.

3.3. Indecent or Offensive to the Senses

An indecent or offensive nuisance may include offensive sights, smells, or sounds. The nuisance does not have to be harmful or dangerous. For example, even if a smell is not a danger to health, noxious of offensive smells may prevent a property owner from enjoying the use of their property.

Other offensive nuisances may be caused by loud music, smoke, or vibrations that can be felt in another's home.

3.4. Obstruction to the Free Use of Property

Obstructing the free use of property generally involves a physical barrier or other way to prevent the property owner's use of their own property.

Example: Gary and Henry are next door neighbors. Both homes share access to a walkway at the rear of the property. When Gary exits the rear of his property, he must walk passed Henry's house to get to the street.

Henry's actions may constitute both a private and public nuisance. However, Gary may be able to file a private nuisance claim against Henry is obstructing the free use of Gary's property.

3.5. Blocking Sunlight May NOT be a Nuisance

4. What damages are available in a private nuisance lawsuit?

The damages available in a private nuisance lawsuit depend on the type of harm caused and whether the nuisance is continuing. The relief available generally includes:

Injunctive relief may be sought for a continuing nuisance where the court orders the defendant to take action or refrain from doing something.

5. What are defenses to private nuisance claims?

Example: On a hot summer day, Michael asked his neighbor, Janice, what she thought of Michael planting a maple tree along their property line to provide shade for their homes. Janice said it was a great idea.

Michael planted a maple tree along the property line. Years later, the tree had almost doubled in size. Janice complained that the tree was shading too much of her tomato garden and she wasn't getting enough tomatoes. Janice told Michael she wanted him to cut the tree down.

Michael refused to cut the tree down and Janice filed a private nuisance lawsuit. Janice may lose the lawsuit because she had consented to planting the tree and now was complaining that the tree was the cause of her loss of use of her property.

Need Help Filing a Private Nuisance Claim in California? Call us for help...

For questions about when private nuisance claims, damages in a nuisance case, or to discuss your case confidentially with one of our skilled attorneys, do not hesitate to contact us at Shouse Law Group.