Negligence “per se” is a legal theory in which negligence is presumed based upon a defendant's violation of a statute or ordinance. In California, a defendant is negligent per se (presumed negligent) when:

Example: Bruce gets into a car accident when he hits a pedestrian and breaks her arm while he is using his cell phone as he is driving. California Vehicle Code 23123.5 makes it unlawful to drive while holding a handheld cellular device. The law is designed to protect other drivers and pedestrians. By violating the law Bruce is presumed to have violated a duty of care to the pedestrian and to be negligent per se.

Negligence per se is a rebuttable presumption. This means the person who violated the law can show that he or she was not negligent by proving that:

To help you better understand California's negligence "per se" law, our California personal injury lawyers discuss the following, below: 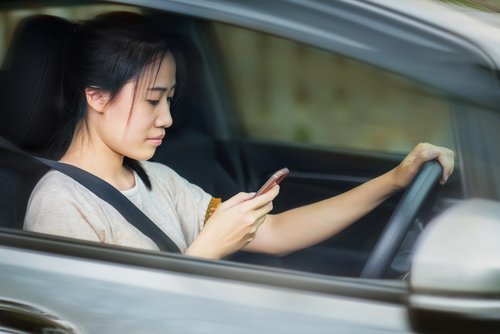 1. The legal definition of negligence in California

To recover damages in a California personal injury case a plaintiff must usually prove that the defendant's negligence was a substantial factor in causing the plaintiff harm.3

Negligence occurs when a defendant:

When a statute prohibits or requires a particular action, it is assumed that obeying the law is something that a reasonably careful person would do.

“Per se” is a Latin phrase meaning “in itself.” Therefore, violating a statute is negligence per se -- i.e., it is negligence in and of itself.

2. Rebutting the presumption of negligence per se

In California, the presumption of negligence per se is a rebuttable presumption. That means it can be countered.

Initially, to establish negligence per se the plaintiff must show that:

Once the plaintiff establishes this, the burden of proof shifts to the defendant to show that he or she was not, in fact, negligent.

The defendant can do this (rebut the presumption) by showing that even if he or she violated the statute he or she:

Example: In the example set forth above, Bruce proves that he was dialing 911 at the time of the accident because the pedestrian was already injured and covered in blood. If the jury believes he acted reasonably under the circumstances, he will rebut the presumption of negligence notwithstanding his violation of the law.

3. Defenses to negligence per se in California

Defenses to negligence per se in California personal injury cases include (but are not limited to):

Injured by someone's negligence in California? Call us for help…

If you were injured by someone else's negligence, we invite you to contact our caring California personal injury lawyers for a free consultation.

You might be entitled to significant compensation to cover your medical bills, lost wages, property damage, pain and suffering and other losses.

Call us at (855) LAWFIRM or complete the form on this page to schedule your free consultation with a lawyer.