What is "res ipsa loquitor"?

Res ipsa loquitur is a legal doctrine used in personal injury cases to establish that a defendant acted negligently. It allows a judge or jury to presume negligence when the facts of a case show that an accident occurred and there is no other explanation for it but for the defendant’s acts. The doctrine of res ipsa loquitur has been adopted by most jurisdictions in the U.S. It is sometimes referred to as “res ips” for short.

Note that the presumption raised by this theory is rebuttable. This means that once a plaintiff uses it to establish negligence, a defendant can counter or challenge it. A defendant can do this by using the facts of a case to show he or she acted reasonably.

A defendant can also raise a legal defense to contest a res ips argument. Some defenses include that:

Negligence per se is another legal doctrine used in tort law to prove negligence. Unlike res ips, however, the theory shows that a party acted negligently because he/she violated a statute or law.

California personal injury law incorporates the res ipsa loquitur doctrine. Evidence Code 646 is the California statute that outlines and authorizes the use of the doctrine. 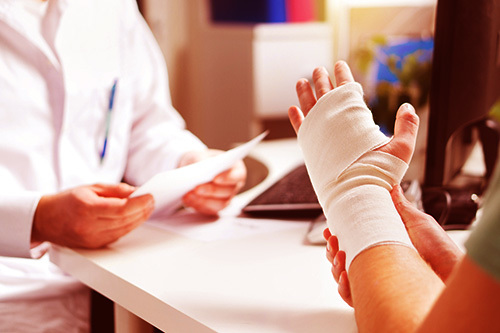 Res ipsa loquitur is a legal theory used to demonstrate a defendant’s negligence.

1. What is the legal definition of res ipsa loquitur?

Res ipsa loquitur is a legal doctrine in personal injury law that allows a plaintiff to:

A plaintiff, in a civil lawsuit for personal injury, has to prove negligence to receive compensation for any losses he/she incurred because of an injury.

Negligence occurs when a defendant:

Res ips was created to bridge the gap in personal injury cases where:

Under the theory, a plaintiff must prove the following to show someone was negligent:

Example: Kevin goes into a convenience store and gets a bottle of soda. Prior to opening it, the bottle explodes in his hand, severely cutting his hand, his arm, and his face. He brings a product liability claim against the company responsible for bottling the soda to recover for his injuries.

Kevin has no direct evidence that shows the bottling company (defendant) was negligent in its acts. However, he can likely establish evidence of negligence by use of res ipsa.

Here, a bottle does not ordinarily explode without someone being negligent. The bottle was under the exclusive control of the defendant when it was being made. Further, Kevin did not do anything to cause the explosion.

Note that res ipsa loquitur raises a rebuttable presumption of negligence (a.k.a. an inference of negligence). This means that a defendant can try to counter it. A party can do this by asserting that he or she was not negligent.

Example: In the exploding soda bottle example above, the company can rebut Kevin’s showing that it was negligent. It can try to do this by highlighting that: 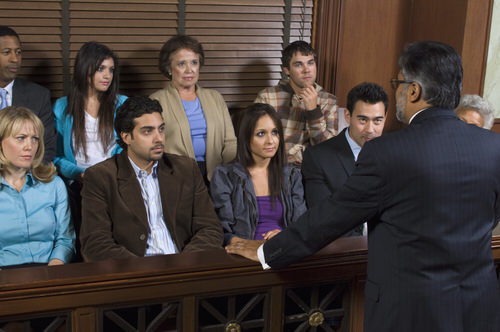 One defense to res ips arguments is that the defendant acted reasonably.

2. What are the best defenses to a claim?

In addition to rebutting a claim, defendants may invoke a defense to challenge these allegations.

Defense lawyers draw on several legal strategies to challenge the elements of res ipsa loquitur. These include showing that:

Should the case go to trial, plaintiffs have the burden of proof to demonstrate the defendant’s liability for the plaintiff’s injury by a preponderance of the evidence. Parties often rely on expert testimony as evidence.

Res ipsa loquitur requires a showing that the outcome in the case could not have happened without some negligence. A defense, then, is to assert that there was an absence of negligence on the part of the defendant. This is to say that that a defendant acted reasonably.

Recall that, to establish negligence in these cases, a person must:

A defense, therefore, is for the defendant to say that other persons had control of the object that caused harm.

3. How does res ipsa loquitur differ from negligence per se?

Like res ips, negligence per se is a legal doctrine used in personal injury cases to establish liability in negligence cases.

Negligence per se, however, is different because it uses the violation of a law to prove negligence – not merely as circumstantial evidence of it.

Under the doctrine, a defendant’s acts are presumed to be unreasonable as soon as they violate a statute or ordinance.

Example: Nia causes a t-bone car crash while texting and driving. The other motorist suffers extensive injuries in the car accident and later files a personal injury suit against her. The state in which the accident takes place has a law that says it is illegal for motorists to text while operating a motor vehicle.

At trial, the injured party can show that Nia was negligent per se because she violated the law. She texted while driving.

In most states, a defendant is presumed negligent under this theory when:

As with res ips, a person is only presumed negligent under a negligence per se doctrine. Once negligence is presumed, then, a defendant can rebut or challenge it.

4. What is the law in California?

California law applies the doctrine of res ipsa loquitur and follows the rules highlighted above.

The law is set forth in Evidence Code 646.

State law holds that a person is negligent, per res ips, if:

California law also says that a person can rebut a res ips showing once negligence is established. A party may do this by showing that:

For additional guidance or to discuss your case with a personal injury attorney, we invite you to contact us at Shouse Law Group.

Updated June 3, 2020 What is "res ipsa loquitor"?Watch this video on YouTube Res ipsa loquitur is a legal doctrine used in personal injury cases to establish that a defendant acted negligently. It allows a judge or jury to presume negligence when the facts of a case show that an accident occurred and there is no other explanation for it but for the defendant’s acts. The doctrine ...