A lawsuit for sexual abuse, sexual harassment, or sexual assault by doctors is a personal injury claim. It can be filed against the doctor, as well as the doctor's employer. The lawsuit often happens during or after criminal charges against the doctor. Because it is a civil lawsuit, rather than a criminal charge, it demands compensation for the victim. This is meant to cover the victim's:

These lawsuits can also demand punitive damages be assessed against the doctor or their employer.

In this article, our California personal injury lawyers explain: 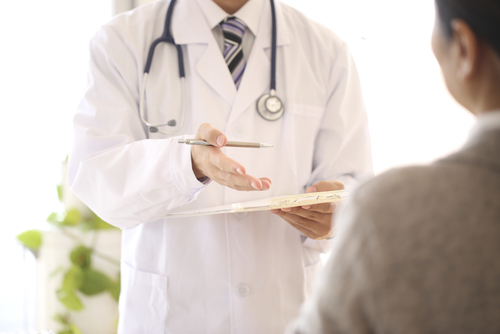 1. What are lawsuits against doctors for sexual assault, abuse, or harassment?

A lawsuit against a doctor for sexual assault, sexual abuse, or sexual harassment is a personal injury claim brought by the victim. The lawsuit can also be brought on behalf of the victim.

These claims are a form of crime victim lawsuits. They follow sex crimes perpetrated by the victim's doctor or healthcare provider. In California, these crimes include:

By filing a lawsuit against their doctor, the victim of the doctor's sex crime can recover restitution. This restitution aims to pay for the victim's losses and experiences to make them whole.

1.1. Who can file a sexual assault lawsuit against a doctor?

Anyone who has been the victim of the following crimes can file a lawsuit against the doctor who hurt them:

In addition to the victim filing the suit, there are some situations where other people can also file a lawsuit, including:

1.2. What are examples of lawsuits against doctors for sexual assault?

There are numerous examples of doctors facing civil lawsuits for sexually assaulting patients. Some of these are the results of skilled investigative journalism, while others come from the fallout of the #MeToo movement. Some of the most well known include:

2. How are these civil lawsuits different from criminal charges?

Civil lawsuits for a doctor's sexual assault or abuse are different from criminal charges that the doctor can face. The two different cases can be confusing, especially because they often move forward at the same time.

The most important differences between the two are:

2.1. Focus is on compensation rather than punishment

Likely the biggest difference between a civil and a criminal case against a doctor for sexual abuse is the focus of the case.

In civil cases, the focus is on compensating victims for their terrible experiences and losses.

In criminal cases, the focus is on punishing wrongdoers for their bad acts.

This difference manifests itself in what happens at the end of the case. Successful civil lawsuits make the doctor pay compensation to the victim. Successful criminal cases send the doctor to jail.

Victims of a doctor's sexual misconduct do benefit from a successful criminal conviction. They get to see their doctor go to jail and pay for their crimes. However, criminal convictions rarely lead to meaningful restitution for victims. Victims need this compensation to overcome the difficulties they have had to endure.

2.2. A lower standard of proof

Civil lawsuits for a doctor's sexual assaults also have to overcome a lower standard of proof.

Criminal charges against a doctor for sexual abuse, harassment, or assault can influence a civil lawsuit for the same conduct.

If a doctor gets convicted on a criminal charge, the civil lawsuit becomes very easy. A jury who has found the doctor guilty can be used as evidence in the civil claim.

Evidence gathered by prosecutors can also be used to strengthen a civil lawsuit.

If the jury in the criminal case acquits the doctor, it can weaken the civil case. However, it does not doom your civil lawsuit. You can still win.

3. How can a lawsuit for a doctor's sexual assault implicate their employer?

A big part of a civil lawsuit over a doctor's sexual assault is implicating their employer. This can be a doctor's:

You can argue that the doctor's employer should be held liable because they negligently hired or supervised the doctor. To succeed on this claim in California, you have to show:

By showing that the employer created a particular risk or hazard by hiring or keeping the doctor, you can extend liability to them.5 The fact that the doctor's sexual assault was intentional does not absolve the employer.6

Example: Sexual assault victims sued both Larry Nassar and his employer, Michigan State University. The victims showed that the school was aware of Nassar's conduct. MSU settled the lawsuits for $500 million.7

Vicarious liability is a more difficult argument to make. Employers are rarely held liable for the crimes of their employees.8 These crimes are often said to fall outside the scope of the doctor's employment.

4. How long do I have to file a lawsuit against a doctor for sexual assault?

Different states have widely different statutes of limitations for sexual assault lawsuits against doctors. Most make a distinction between adults who were sexual abused and children. Children are often given far longer to sue.

In California, adults typically have 2 years from the date of the assault to file a civil lawsuit.9 The only exception to this is if the doctor was later convicted for a felony sex crime. This opens a 1-year window beginning on the day of the judgment for a lawsuit to be filed.10

People who were assaulted as children, on the other hand, have until the later of:

5. What kind of compensation is available?

Lawsuits against doctors for sexual harassment, abuse, or assault can recover compensatory damages. These aim to cover the victim's:

5.1. Can the doctor be made to pay punitive damages?

Many lawsuits against doctors for sexual assault also demand punitive damages. An award of punitive damages forces the responsible parties to pay more than what it would take to compensate you. Punitive damages are awarded to punish doctors and employers for especially bad behavior.

If you have been sexually assaulted or raped by your doctor, filing a lawsuit can be a big part of your recovery. Criminal charges – even if they lead to a conviction – will not compensate you for what you have been put through. A civil lawsuit can. Call our California personal injury lawyers today to get started on your case. You can also contact us online.