In most types of cases, the statute of limitations to bring a personal injury claim in California is two (2) years from the date the injury occurred. A person who fails to bring a claim within the statutory time window is generally barred from bringing the claim at any point going forward.

However, the statutory window can vary based on the nature of the claim. It generally starts to run when the plaintiff knows – or, in the exercise of reasonable diligence, should have known – of the injury. 1

Common limitations periods in the state of California for filing legal claims include:

To help you better understand “statute of limitations,” our California personal injury lawyers discuss the following, below: 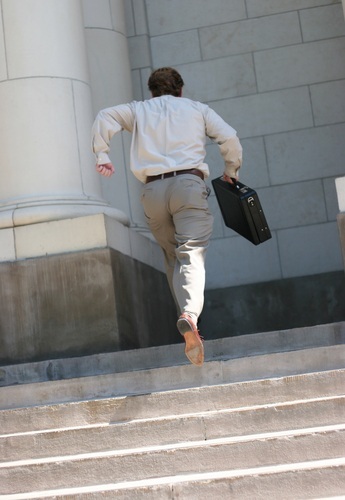 The California statute of limitations for personal injury claims such as car accidents and dog bites is two years.

1. What is a statute of limitations?

The statute of limitations varies depending on the legal theory for the lawsuit. There may be more than one type of theory on which recovery can be based.

Thus even when the statute of limitations on one theory has run, there may be another theory in which a claim can be brought.

Example: Jack hires Kevin to paint his house. Jack and Kevin sign a written contract. The contract provides that each party will take all reasonable steps to ensure the safety of the other.
But Jack’s deck is rotting. While Kevin’s ladder is on it, the deck collapses. Kevin suffers a head injury and makes a premises liability claim against Jack’s homeowner’s insurer for his medical bills and pain and suffering. The insurer drags out the negotiations and Kevin misses the two-year period deadline to sue for negligence in California.
However, Kevin as the injured person may still be able to sue Jack for breach of a written contract, which has a four-year statute of limitations.

2. How long does someone have to sue in a California personal injury case?

The general statute of limitations in a California personal injury case is two years from the date of the injury.2

But, as discussed below, certain types of cases have a different amount of times during which victims can sue.

In addition, in some cases, the statute of limitations might be “tolled” (paused). Or it might be extended in cases of “delayed discovery.”

California’s discovery rule provides for a longer statute of limitations in some cases. It applies when the plaintiff:

In cases of “delayed discovery,” a lawsuit may be filed as late as one year after the injury was (or should have been) discovered.

2.2. “Tolling” of the statute of limitations

Once the condition leading to tolling has ended, the time limit begins to run or resumes.

Cases involving tolling can be quite complicated. It is highly recommended that people consult with an experienced California injury lawyer to determine whether they can still sue. 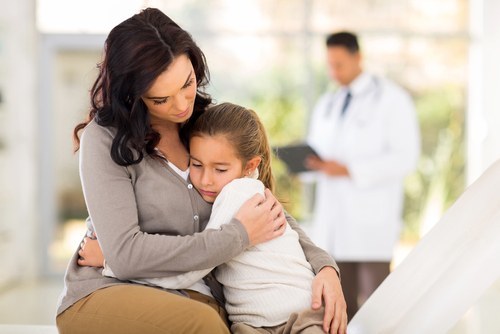 The time period to bring civil lawsuits under California state law varies depending on the claim.

Some types of personal injury cases have a different statute of limitations under California law.

These include (but are not limited to):

However, certain types of claims are exceptions.

For instance, medical malpractice claims by a minor must be commenced within the later of:

And an action by or on behalf of a minor for personal injuries sustained before or in the course of his or her birth must be commenced within six years after the date of birth.6

Malpractice claims have some of the shortest statutes of limitations in California.

Generally speaking, a California malpractice claim must be filed within one year of the date on which the injury was, or should have been, discovered.7

In addition, there is usually an absolute outside date by which a California malpractice lawsuit must be filed.

For instance, a medical malpractice claim may not be filed more than three years from the date of the injury.8

But in some cases – such as veterinary malpractice – the one-year statute of limitations starts running on the actual date of the injury.9

People contemplating an action for professional negligence are advised to speak to an experienced California malpractice lawyer as soon as possible to avoid losing their right to sue.

2.3.3. Claims by crime victims in California

In California, the victim of a felony has the right to sue a convicted criminal for damages.

But the victim does not necessarily have to sue within the two-year limitations period for a personal injury.

For a serious felony offense — such as rape, kidnapping, murder or attempted murder — the statute of limitations is 10 years from the date on which the defendant is discharged from parole.10

For less serious California felonies, victims have one year after judgment on the defendant is pronounced.11

2.3.4. Mesothelioma and other asbestos claims

Some large class-action type medical claims have longer than usual statutes of limitations in California. Mesothelioma and other claims based on exposure to asbestos must be commenced by the later of:

Claims brought by, or on behalf of, a Dalkon Shield victim must be brought within 15 years of the date on which the victim’s injury occurred, except that the statute is tolled starting August 21, 1985.13

2.3.6. Claims against a government agency

Claims against a government agency or employee must generally be commenced within six months of the injury.14

Child sex abuse victims may sue their abusers anytime before their 40th birthday or within five years of discovering the abuse (whichever is later).16

3. Why is there a statute of limitations?

Statutes of limitations exist out of a sense of fundamental fairness. Memories fade, evidence is inadvertently destroyed, and witnesses move away.

A limitations period encourages plaintiffs to diligently pursue their claims and protects people from having to defend “stale” claims.17

Wondering if you can sue in California? Contact us for guidance

The running of the statute of limitations is one of the most frequent defenses to personal injury lawsuits. An experienced California injury lawyer knows how to preserve your legal rights and how to deal with insurance companies and government entities.

If you were the victim of someone else’s negligence, recklessness or another wrongful act, we invite you to contact us over the phone or in our law offices to consult with one of our experienced California personal injury attorneys. Our law firm provides legal advice in Los Angeles and throughout the state.

We may also be able to help if you have been injured in Las Vegas and have questions about Nevada’s statute of limitations.

Skylight injuries can happen in lots of different ways. The injuries that they can cause are often serious. Sometimes, they are life-threatening or fatal. Bringing a personal injury lawsuit can be the best way to recover the compensation you deserve if you have been a victim. If you were on the job at the time ...

According to insurance data, the average payout across the U.S. for a pain and suffering settlement in a personal injury case is approximately $15,000. This amount will increase as a person’s injuries become more significant. Similarly, the amount will go down as one’s injuries grow less severe. Other factors that may impact a settlement figure ...

You can sue someone for giving you herpes. The legal mechanism for this would be to bring a personal injury lawsuit. If the transmission came from nonconsensual sex, it can be a civil battery. It can be a negligence claim if the infected person lied about having an STD or should have known about the ...