There are three ways U.S. citizens in Las Vegas, Nevada can adopt children from foreign countries:

The U.S. Citizenship and Immigration Services (USCIS) plays a central role in determining whether foreign children may immigrate to the United States.

Below our Las Vegas immigration attorneys answer frequently-asked-questions about how U.S. citizen or green card-holder parents in Nevada can adopt children from foreign countries. Click on a topic to go directly to that section. 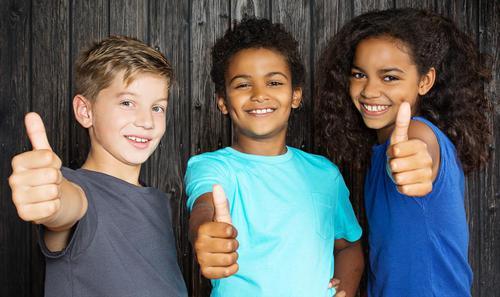 1) How can children immigrate to the U.S. through the “Hague Process” in Las Vegas?

The Hague Process is employed when a child habitually resides in a country that is a party to the Hague Intercountry Adoption Convention. This Convention refers to an international treaty that protects the best interest of children, birth parents, and adoptive parents involved in intercountry adoptions. Currently, there are more than 70 countries included in this Convention.

Nevadans seeking to adopt from a country that is a party to the Convention are required to follow the Hague process. Countries that are party to the Convention are mandated to have an officially designated Central Authority to ensure that the adoption process is monitored and safeguarded. The Central Authority in the U.S. is the Department of State.

There are generally eight steps involved with the Hague Process adoptions:

The child may immigrate immediately after the adoption has occurred or may immigrate to the U.S. in order for the adoption to take place here. Keep in mind that after an applicant has achieved a favorable home study, he/she is further mandated to meet the following criteria:

Once this criterion has been met, the applicant may apply to the Central Authority of the other country for a specific adoption placement. For a child to be a Hague Convention Adoptee, the child must meet the following requirements:

Note that if an adopting parent’s case was filed before April 1, 2008, he/she is permitted to continue the adoption process under the current orphan regulations as long as the laws of that child’s origin permit for continuation under the current law.1

2) How can children immigrate to the U.S. through the “Orphan Process” in Las Vegas?

The Orphan Process is used only when the Hague Process in inapplicable. In this situation, a prospective adoptive parent in Nevada may immigrate an adopted child if:

As stated above, the child must be legally considered an orphan. “Orphan” is defined as a foreign-born child who does not have any parents because they have died or disappeared, or has a sole parent who cannot care for the child and who has in writing irrevocably released the child for emigration and adoption.

While a the adopting parent’s case is under review, USCIS will probably investigate abroad to verify that the child is actually an orphan. The purpose of this investigation will be to:

After the application gets approved, the prospective adoptive parent in Nevada must apply with a U.S. Embassy or Consulate in order to get a visa for the child. A Department of State officer will decide whether the child is admissible. Either way, the child can immigrate to Nevada right after the adoption has occurred or can immigrate to Nevada for the adoption to take place in the U.S.2

3) How can children immigrate to the U.S. through the “Immediate Relative Process” in Las Vegas?

The third option is for individuals who are U.S. citizens or obtained a green card in Nevada, to petition for his/her adoptive child through an Immediate Relative Petition. The relevant application is USCIS form I-485.

There are several differences between the Hague and Orphan Process and the Immediate Relative Process:

Under this Process, an adopted child is deemed to be the child of the adopting parent in Nevada if:

Children who are immediate relatives do not have to wait for a visa number to become available in order for them to immigrate.3

Looking to adopt from another country? Call a Nevada immigration lawyer…

Immigration through adoption is a very detailed area of immigration law that requires hours of paperwork, indefatigable patience, and of course, infinite love. Though in the end, all the painstaking work is completely worth it. It is therefore in your best interest to consult with professionals who have the proper experience, background, and skills in these matters. For a consultation on how our Las Vegas NV immigration attorneys may help set you on the path to becoming adoptive parents, please telephone us.

Note that a child immigrating to the U.S. may result in dual citizenship in Nevada.