Victims who file tractor-trailer accident lawsuits in Nevada against a big rig company may be able to recover substantial damages for:

Tractor-trailers, also called 18-wheelers, big rigs, or semi-trailer trucks, are the largest vehicles on Nevada's roadways and can cause catastrophic collisions. Even if both the truck driver and victim contributed to a semi-trailer truck accident, Nevada's comparative negligence laws may still permit the victim in a big rig crash lawsuit to recover damages.

In this article our Las Vegas personal injury attorneys answer frequently-asked-questions about filing tractor-trailer accident lawsuits in Nevada, including possible claims, statutes of limitations in Nevada, and financial settlements. Click on a topic to jump to that section:

Tractor-trailer drivers are the biggest class of drivers in Nevada, after commuters and tourists.

1. What can I do if I got injured by a tractor-trailer in Nevada?

Drivers and pedestrians injured in semi truck accidents typically sue the driver and the driver's employer for negligence in Nevada. Negligence consists of four elements that the injured party must prove in order to recover money in Nevada:

Here is an example of how negligence by a semi truck driver and employer can result in a Nevada road accident:

Example: John, a truck driver, is late delivering a shipment. He has not slept in more than a day, but he is under his quota. Additionally, his employer told him to keep driving anyway despite not having slept. While driving on the I-15 in Las Vegas, John dozes off from fatigue and veers off the road and runs over a motorcyclist. The collision kills the motorcyclist instantly.

Here, the motorcyclist's family would probably win in a negligence lawsuit against the driver and the driver's employer: The tractor-trailer driver and his employer had a duty of care to prevent driving with insufficient sleep. John breached this duty by continuing to drive even though he had no sleep, and the company breached this duty by ordering John to keep driving even though they knew John was sleep-deprived. John's fatigue caused him to fall asleep at the wheel and run over the motorcyclist. And the motorcyclist's death resulted in damages, including funeral expenses and loss of earnings for his family.

The Federal Motor Carrier Safety Administration (FMCSA) and the Nevada Department of Transportation (NDOT) mandate several safety rules that tractor-trailer drivers and companies are required to follow. Some of these include: 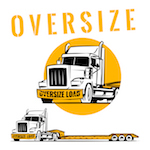 Accidents resulting from failure to follow these rules may be grounds for negligent lawsuits.

The typical reason behind a big rig accident is that the driver or trucking company was negligent. Examples of such negligence include:

Note that if the semi-truck itself malfunctioned or was somehow defective, the injured party may also be able to sue the truck manufacturer on Nevada strict liability grounds as well. Furthermore, the manufacturer may be on the hook for damages for breach of implied warranties and failure to warn.3 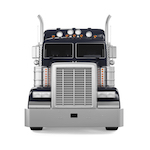 18-wheelers are the biggest vehicles on the road, weighing approximately 32,000 pounds with no cargo. So when they hit a pedestrian, bicyclist, sedan, SUV or even a pickup (which averages only 6,000 pounds), the fallout can be catastrophic and often deadly.

2. What money can I get if I was hit by a tractor-trailer in Nevada?

Victims in big rig collisions may be eligible to receive Nevada compensatory damages for:

Note that semi-trailer truck drivers who are government employees acting in the course of their job are liable for only $100,000 in medical bills and lost wages.4

3. Whom can I sue if I got injured by a tractor-trailer in Nevada? 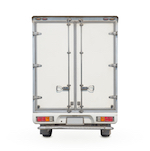 Depending on the case, there may also be a cause of action against the local or federal government if it failed to maintain a safe highway and proper signage.

4. What if the tractor-trailer driver ran into me on purpose in Nevada?

18-wheeler operators who intentionally plow into other drivers or pedestrians may be ordered to pay punitive damages as well as compensatory damages. The Nevada damages cap for punitive damages is:

Note that tractor-trailer drivers who deliberately cause an accident face criminal charges as well.

5. What if I was partially at fault for getting hit by a tractor-trailer in Nevada?

A person who partially caused a big rig accident might still be eligible to receive money damages as long as the defendant was at least 50% at fault. Predictably, victims receive less money the more they were to blame...

For example, if a victim was 25% at fault for a tractor-trailer collision on the I-80 in Reno because he/she drove too closely behind the semi, then the victim will receive 25% less damages that he/she would if he/she were totally blameless. But if the victim is 51% or more at fault for hitting the 18-wheeler, then the victim receives no damages at all.6

5.1. Contributing to a tractor-trailer accident

Anyone sharing a road with a big rig is advised to drive especially cautiously. Common examples of how non-commercial drivers contribute to an 18-wheeler collision are the following: 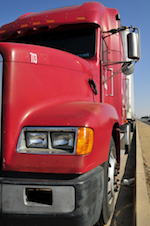 Filing a big rig accident lawsuit in Nevada can result in substantial compensatory damages for the victim.

Typical evidence lawyers use to try to determine fault in tractor-trailer accidents include surveillance video, GPS records, weather reports, eye-witnesses, and photos of the damage and road conditions that the victim or others may have taken after the incident.

Another piece of valuable evidence can be the logbook that tractor-trailer drivers are required to keep. These books are supposed to document in fifteen (15) minute increments the drivers' tasks, including working, driving, and breaks.

6. When can I sue for a tractor-trailer accident in Nevada?

People injured by semi-trailer trucks in Nevada typically have two (2) years following the incident to sue for negligence.7

Were you injured by a semi-trailer truck in Nevada? Then call our Las Vegas tractor-trailer accident attorneys at 702-DEFENSE (702-333-3673) for a free meeting. Our mission is to win the largest financial settlement possible. In most cases, we can resolve a matter with no trial. And you pay nothing unless we win the case.