And the crime of “aggravated mayhem” is defined in Penal Code 205 PC. Aggravated mayhem consists of intentionally causing someone a permanent disability or disfigurement, or depriving him/her of a limb, organ or member.2

“Mayhem” is a fairly obscure word and is not as familiar to most people as other violent crimes like torture and aggravated battery. But it is a serious crime, and California law punishes it quite harshly.

Here are several examples of people who might find themselves facing mayhem charges:

Aggravated mayhem, on the other hand, can lead to a sentence of life in state prison with the possibility of parole.4

But there is hope—and a good criminal defense attorney can help you find the most promising legal defenses against mayhem charges. Depending on the circumstances, these might include:

The legal definition of mayhem under California Penal Code 203 is performing one of the following acts, unlawfully and maliciously:

Let's take a better look at some of the key terms in this legal definition so that we can better explain their meaning.

You can only commit the crime of simple mayhem under California Penal Code 203 if you act maliciously. Acting maliciously means that you either:

What this means is that you are not guilty of mayhem if you acted entirely by accident, without the intent to do something wrongful or to unlawfully injure anyone else.

Example: Josephine is arguing with her sister Anne while the two of them are cleaning up after a party.

Josephine is taking a bottle of poisonous cleaning solution out of a pantry when Anne says something that makes her particularly angry. Her anger causes her to drop the bottle of cleaning solution, which has not been properly closed.

The solution splashes into Anne's face and gets in her eye. This leaves Anne blind in one eye.

Josephine is not guilty of mayhem, though, because she did not act maliciously.

At the same time, it is important to understand that simple mayhem under Penal Code 203 is what is known as a “general intent” crime.7 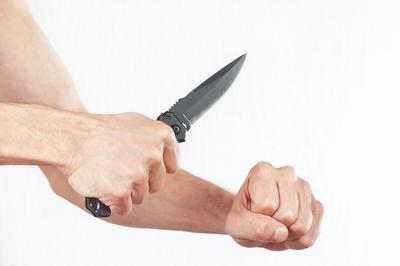 You can be convicted of mayhem even if you didn't intend to harm another person so severely.

This means that—even though you need to have intended to do something unlawful to be guilty of this offense—you do NOT need to have specifically intended to inflict one of the forms of serious injury required for a mayhem conviction.

Example: Tony and Richard are members of rival street gangs. One night when Richard is getting into his car, Tony approaches the car and fires a gun at it.

Richard is hit by the shots Tony fires and ends up paralyzed for life.

Tony is guilty of mayhem (as well as assault with a firearm) even though there is no evidence that he specifically meant to inflict an injury on Richard that would leave him disabled. He acted maliciously by intentionally firing a gun at Richard's car, and that is enough for a mayhem conviction.8

Disabling a part of someone's body

One way to commit mayhem is to injure someone in a way that leaves them with a disability which is more than slight or temporary.9

But this does not mean that the disability needs to be permanent. As long as it continues for a material amount of time, it can be the basis for a mayhem conviction.10

Example: John breaks into Melissa's house, beats her until she is unconscious and then rapes her. His attack leaves her with a broken ankle.

Melissa's broken ankle takes over six months to heal. During that period she has to use crutches to get around.

John's actions left a part of Melissa's body (her ankle) disabled in a significant way for an extended period of time. Thus, he is guilty of PC 203 mayhem.11

For purposes of California mayhem law, a disfiguring injury can be considered “permanent” even if it is possible for medical technology to repair it.12

So, for example, you are guilty of mayhem if you cut off someone's finger maliciously—even if it is possible for surgeons to re-attach the finger (and, indeed, even if they do so).

Example: Jeffrey breaks into Kathleen's apartment, strangles her and burns her breasts with a lit cigarette. The burns leave behind scars.

Jeffrey is guilty of both Penal Code 459 PC burglary and Penal Code 203 PC mayhem. The burns on Kathleen's breasts are a permanent disfigurement even though they will not be visible when she is wearing clothes.14 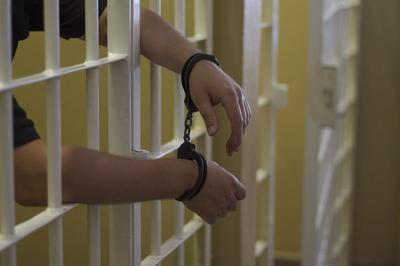 Both simple mayhem and aggravated mayhem can lead to state prison time.

The potential penalties for mayhem under Penal Code 203 are:

Your sentence may also be enhanced if the alleged victim is:

If any of these is the case, you will receive a one (1) or two (2) year sentence enhancement, provided that you knew or reasonably should have known that the relevant fact about the victim was true.17 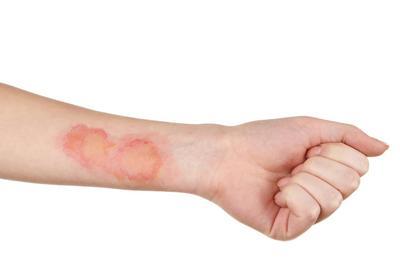 Severe burns are another form of injury that can support mayhem charges.

So if you have a mayhem conviction on your record, and you are subsequently charged with any other California felony, you will face twice the normal sentence for that second offense.19

And, if you accumulate three “strike” convictions—one or more of which may be a conviction for mayhem—then you will receive a sentence of twenty-five (25) years to life in state prison.20

“Defendants charged with mayhem in California have a tough fight ahead of them. Prosecutors only bring these charges if there is an alleged victim with a fairly serious injury. These victims are usually pretty sympathetic—and prosecutors are usually intent on convicting someone of a crime carrying hefty penalties. But, more often than not, the truth is more complicated than the simple story the DA is trying to tell.”

Common legal defenses that are often useful to defendants in mayhem cases include:

You did not act intentionally or maliciously

You are only guilty of aggravated mayhem if you intended to inflict a disfiguring or disabling injury on the victim.22

But intent is a very difficult thing for a prosecutor to prove beyond a reasonable doubt. Many mayhem cases grow out of violent altercations in which the defendant was not acting in a rational or calculated way.

If the victim was severely injured as part of an “indiscriminate attack,” then the defendant is only guilty of Penal Code 203 simple mayhem23—which carries a much lighter sentence than aggravated mayhem.

And even in simple mayhem cases, the prosecutor needs to prove that the defendant acted maliciously.24 If the injury was inflicted by accident, then the defendant is not guilty of mayhem—no matter how negligently s/he was behaving.

You will not be guilty of mayhem for actions you took while you were acting in self-defense or defense of someone else.

This defense applies if all of the following are true:

Example: While walking home late at night, Rachel is attacked by an apparently deranged man. He begins to choke her.

Rachel carries a penknife in her bag. She manages to fight off the man long enough to grab the knife, and she slashes him on the face. She ends up cutting off a bit of his tongue and leaving major disfiguring scars on his cheeks.

But Rachel is probably not guilty of mayhem because she was acting in self-defense. 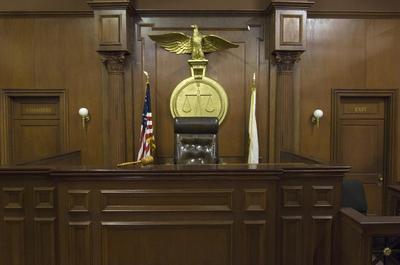 Self-defense can be a legal defense to mayhem charges in some situations.

You were falsely accused

People falsely accuse other people of crimes—even serious crimes like mayhem—for a variety of reasons.

The most obvious is that the real culprit doesn't want to face the penalties and has managed to convince police and prosecutors—and sometimes even the victim—that you did it.

Some people, usually those who are mentally ill, may go so far as to injure themselves and falsely blame someone else for it.

In this case, you will want to hire a criminal defense lawyer who is familiar with medical and other forensic evidence in mayhem cases—and the investigative techniques that are most effective at ensuring that the true story comes out.

Similar offenses to California simple mayhem and aggravated mayhem include:

Under Penal Code 206 PC, the definition of the crime of “torture” in California is:

Unlike the crime of mayhem, which focuses on the injury done to the victim, the crime of torture is defined largely by the intent of the defendant. You can be convicted of torture even if the victim does not actually suffer pain.28

The penalties for torture, which is a felony, are a life sentence in California state prison, and a fine of up to ten thousand dollars ($10,000).29

It is common for defendants to be charged with both torture and mayhem—if, for example, they are alleged to have inflicted an injury that meets the definition of mayhem, with the intent to cause extreme pain.

The California crime of Penal Code 242 PC battery consists of any willful and unlawful use of force or violence on someone else.30

In most cases, battery is a misdemeanor in California law, carrying a fine of up to two thousand dollars ($2,000), and/or up to six (6) months in county jail.31

If you are charged with mayhem but the evidence against you is weak, your criminal defense attorney may try to negotiate a charge reduction to battery—which carries a much lighter sentence and much less of a stigma on a criminal record.

4.3. Relationship of mayhem to California murder

If you accidentally kill someone while committing mayhem—or attempting to commit mayhem—then you can be charged with first-degree murder under California's “felony-murder rule."32

For questions about the crimes of Penal Code 203 PC mayhem, or to discuss your case confidentially with one of our California criminal defense attorneys, do not hesitate to contact us at Shouse Law Group.