Is it illegal to spank your child in California? 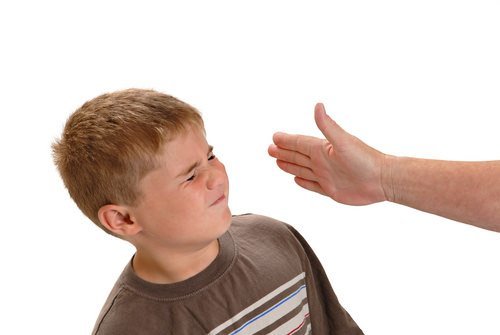 No, it is not illegal to spank your child

No, it is not illegal to spank your child in California. The spanking, however, cannot be excessive and must be for disciplinary reasons.

Excessive or unreasonable spanking could lead to accusations of child abuse, the opening of a juvenile dependency case, and the filing of criminal charges.

In California, child abuse occurs under Penal Code section 273d when a person:

A traumatic condition is a wound or other bodily injury caused by the direct application of physical force.

An injury is inflicted willfully if the act causing the injury is done on purpose. It is not necessary that the person intended to break the law or injure the child.

Child abuse under PC273d can be charged as either a felony or a misdemeanor.

If charged as a felony, child abuse is punishable by:

If charged as a misdemeanor, child abuse is punishable by:

In California there are mandatory reporting laws that require certain professions to report suspected instances of child abuse or neglect. Mandatory reporters include:

Please note that a mandated reporter who fails to report child abuse could be charged with a crime.

There are legal defenses and strategies if a person is accused of child abuse in California. These defenses include:

Is it illegal in California for a parent to spank a child with an object?

A parent is permitted to spank a child with an object if it is justifiable. Justifiable means that:

Please note that in many country's it is now illegal to spank a child. Sweden, for example, banned the physical punishment of children in 1979.

What could a person be charged with for spanking a child excessively?

If spanking is excessive, or not for disciplinary purposes, child abuse charges could be filed against a parent or guardian.

To convict an accused person of child abuse in California a prosecutor would have to convince a jury beyond a reasonable doubt that:

Please note that there are additional crimes which could be charged if there is a corporal injury to a child. These include:

What is the punishment for a person convicted of child abuse for excessive spanking?

It depends on the facts of the case and the accused's criminal history. Child abuse charges under PC273d can be filed as either a felony or a misdemeanor.

If charged as a misdemeanor, child abuse is punishable by:

If charged as a felony child abuse is punishable by:

Probation is possible in a child abuse case. If placed on probation for child abuse, punishment must include:

Are there defenses to a charge of child abuse for spanking a child in California?

Yes, there are defenses that can be raised if a person is charged with child abuse for excessive spanking. These defenses include:

Can a person's name be listed on the child abuse central index for spanking a child excessively?

Yes, a person's name could be listed on the child abuse central index (CACI) even if criminal charges are never filed against them, so long as:

A substantiated report means one that is determined by the investigator who conducted the investigation to constitute child abuse or neglect.

If a person wants to have their name removed from the CACI they must timely request a grievance hearing.