Every defendant charged with a crime is entitled not just to a lawyer, but to a competent lawyer.

If it can be shown that a California criminal defense attorney failed to represent his client competently, this could be the basis to get a prior conviction overturned.

We're a law firm of former police and former prosecutors with great experience helping clients attack prior convictions based on ineffective assistance of counsel.

Lawyer incompetence can be shown where the attorney failed to

In the article below, we will explain California law as to ineffective assistance of counsel and the remedies available to you if it can be established. 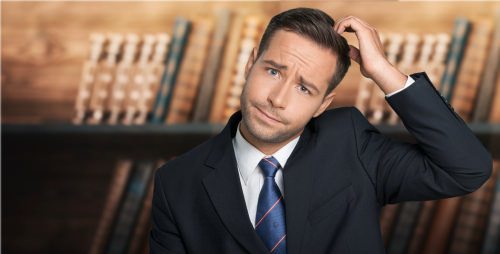 "Ineffective assistance of counsel" refers to situations where an attorney's performance is so flawed that it deprives the defendant of his/her 6th Amendment right to a fair trial.

Legal Definition of "Ineffective Assistance of Counsel" in California

Simply put, "ineffective assistance of counsel" refers to situations where an attorney's performance is so flawed that it deprives the defendant of his/her Sixth Amendment right to a fair trial.1

But before a defendant can obtain relief for this claim, he/she has the burden of proving

Let's take a closer look at each of these components to gain a better understanding of their meanings.

1. The attorney's conduct was deficient

As Ventura criminal defense attorney Darrell York3 explains, "There is a strong presumption that an attorney's conduct falls within the range of reasonable professional assistance."4 This means that the reviewing court will not second-guess an attorney's tactical decisions unless

Put another way, "a reviewing court will indulge in a presumption that counsel's performance fell within the wide range of professional competence and that counsel's actions and inactions can be explained as a matter of sound trial strategy.6

The following cases are examples of situations where the court found that the alleged "deficient" acts were acceptable according to reasonable professional standards of conduct.

Conversely, the following are examples of cases where the defense attorney's conduct fell below the standard for reasonable assistance.

2. The attorney's incompetence resulted in
prejudice to the defendant

Even if the defendant proves that his/her attorney's conduct was deficient.in that it fell below acceptable standards of reasonableness.an ineffective assistance of counsel claim will not stand unless that deficiency caused actual prejudice.

Example: Even though the defense attorney was deficient in failing to present mitigating evidence during the penalty phase of a capital trial, an ineffective assistance of counsel claim was denied.  This is because despite the attorney's incompetence, the evidence was so damaging that there was no reasonable probability of a better result.14

The Defendant Has the Burden of Proving Both Incompetence and Prejudice

When a court is evaluating a California ineffective assistance of counsel claim, the court doesn't need to

This means that if the court recognizes that either part of the test has not been met.that is, (1) that the attorney's performance was not deficient, OR (2) that the deficiency, if it did exist, did not result in prejudice.the court need not delve into a further investigation of the facts before denying the motion.

Remedies for a California Claim of Ineffective Assistance of Counsel

If the court grants a defendant's motion for ineffective assistance of counsel, there are essentially three remedies that are available.

If the complaint arises while the case is pending.and the defendant requests a substitution of counsel while the case is ongoing (known as a Marsden motion).the court may appoint a new California criminal defense attorney.  Depending on the circumstances of the case at that point, the new attorney may file a motion for a new trial.

If the complaint is filed after the court proceedings and is based on the attorney's jury trial or pretrial conduct, the court will reverse the guilty verdict, and grant a motion for a new trial.

If the complaint arises from a sentencing hearing, the court will vacate the sentence and resentence the defendant.16

If you or a loved one is in need of help with an ineffective assistance of counsel and you are looking to hire an attorney for representation, we invite you to contact us at Shouse Law Group. We can provide a free consultation in office or by phone. We have local offices in Los Angeles, the San Fernando Valley, Pasadena, Long Beach, Orange County, Ventura, San Bernardino, Rancho Cucamonga, Riverside, San Diego, Sacramento, Oakland, San Francisco, San Jose and throughout California. For cases in Colorado, please see our article on ineffective assistance of counsel in Colorado.

9People v. Galan (1989) 213 Cal.App.3d 864, 869.  ("The Supreme Court has said that "when a defendant insists on a course of action despite his counsel's contrary warning and advice, he may not later complain that his counsel provided ineffective assistance by complying with his wishes.")

15Strickland v. Washington (1984) 466 U.S. 668, 697.  ("."there is no reason for a court deciding an ineffective assistance claim to approach the inquiry in the same order or even to address both components of the inquiry if the defendant makes an insufficient showing on one. In particular, a court need not determine whether counsel's performance was deficient before examining the prejudice suffered by the defendant as a result of the alleged deficiencies. The object of an ineffectiveness claim is not to grade counsel's performance. If it is easier to dispose of an ineffectiveness claim on the ground of lack of sufficient prejudice, which we expect will often be so, that course should be followed."")