Accused of embezzlement? Advice from a former D.A.

More info at http://www.shouselaw.com/embezzlement.html California embezzlement laws in Penal Code 503, explained by a former district attorney, now criminal defense lawyer. Embezzlement is when you have lawful possession of someone else’s property, but then convert it to an illegal use. In California law Penal Code 503, embezzlement can be charged as a misdemeanor or a felony depending on the value of the property. Penalties for embezzlement can include probation, jail or prison time, restitution to the victim and a criminal record. But many innocent people hey wrongly accused of embezzlement. A good criminal defense lawyer may be ableto get the charges reduced or dismissed.

Penal Code 503 PC is the California statute that defines the offense of embezzlement. This section makes it a crime for people unlawfully to take property that has been entrusted to them, with the intent of depriving the rightful owner of the use of the property. Embezzlement can be a felony in California if the value of the property is greater than $950.00.

503 PC states that "embezzlement is the fraudulent appropriation of property by a person to whom it has been entrusted."

Embezzlement charges can be difficult for the prosecutor to prove. Some defenses are that the defendant:

When is embezzlement a felony in California?

Embezzling money or property valued at $950 or less is a misdemeanor punishable by up to 6 months in county jail. Embezzlement greater than $950 can be charged as a felony, which carries a sentence of up to 3 years in custody. 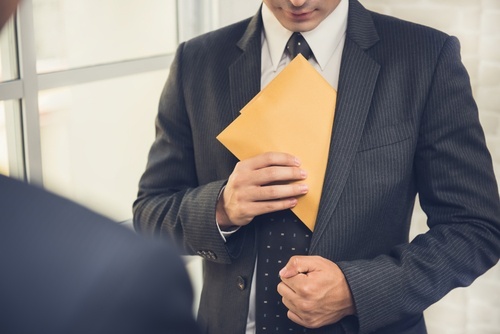 Embezzlement is the fraudulent appropriation of property by a person to whom it has been entrusted.

1. How does California law define embezzlement?

Penal Code 503 PC is the California statute that makes it a crime for a person to unlawfully take property that someone entrusts to him.1

A prosecutor must prove the following four facts to obtain a conviction:

Note that a prosecutor does not have to prove that the owner of the property asked the embezzler to return his property. This “asking” is not an element of the crime.3

A conviction for embezzlement requires a showing of trust between the owner of the property and the embezzler.

Examples of a when there is a relationship of trust between the owner of the property and the defendant are when:

Note, that in terms of an employer-employee relationship, a relationship of trust requires concrete evidence of trust or confidence. The mere fact that an accused is an employee is not enough to support an embezzlement charge.4

For purposes of this statute, a person acts fraudulently when he either:

In the first instance, Michelle is not taking advantage of the family or breaching a confidence. But she definitely is in the second situation.

Further, note that an intent to return the property at the time of the taking is not a defense to embezzlement. The only exception to this rule is if the defendant returned the property before he was charged.7

A person can oppose an embezzlement charge by asserting a legal defense.

Some common defenses to 503 PC are to show that:

Recall that a defendant must fraudulently use property or money to be guilty under this code section. This means it is a defense if the accused did not:

2.2. Good faith belief in a right to property

An accused is not guilty of violating this law if he acted with a good faith belief that he had a right to the money or property in question. A judge or jury decides if this belief was warranted by analyzing the facts of a given case.8

Note that the defendant may hold a belief in good faith even if the belief is mistaken or unreasonable.9

Example: Nia is a bank teller and pockets a customer's deposit because she believes it is his payment of a lost bet. She does this though while forgetting that the customer paid off the bet weeks ago. Here, Nia is not guilty of embezzlement because the facts support that she had a good faith belief that she had a right to the money.

2.3 No intent to deprive

Recall that a defendant is only guilty of embezzlement if he acted with the intent to deprive the property owner of his property or its use. Therefore, it is a defense for the defendant to show that he did not have this intent. Perhaps, for example, he took some property to pull off a joke.

A conviction for felony embezzlement in California carries a penalty of up to 3 years in jail or prison.

3. What is the sentence for embezzlement in California?

The crime is charged as grand theft if it involved property that was either:

If a defendant is guilty of embezzling, and the value of the property is worth $950 or less, then he will be charged with petty theft – which is a misdemeanor offense. Misdemeanor petty theft embezzlement is punishable by custody in the county jail for up to six months.

A conviction under 503 PC may have negative immigration consequences.

A category of “deportable” or “inadmissible” crimes includes “aggravated felonies.”11

This means that if a defendant:

he may face damaging immigration results.

A person convicted of embezzlement is entitled to an expungement. This is provided that he:

A conviction under this statute may have a negative effect on the convicted party's gun rights.

the defendant will lose his or her right to own and possess a gun.

There are three crimes related to the embezzling of money or property. These are:

Per Penal Code 459 PC, a person commits burglary when he:

Note that a person would be guilty of this crime if he entered a building with the intent to commit embezzlement. This is because the offense is a theft crime.

Penal Code 470 PC is the California statute that makes forgery a crime.

Forgery takes place when a person does any one of the following:

As with embezzlement, an accused must act fraudulently in order to be guilty of forgery.

Penal Code 424 PC says that the misappropriation of public funds is a crime when:

This crime is similar to embezzlement. But note that the major difference is that this offense can only be committed by the misuse of public funds, while embezzlement applies more to private funds.

7.4. Embezzlement/misappropriation by a public officer – PC 504

Penal Code 504 PC is the California statute that makes a public officer guilty of embezzlement if he or she:

This crime is punished in the same manner as ordinary embezzlement under PC 503.

For similar accusations in Colorado, please see our article on “Embezzlement in Colorado.”