Penal Code 368 PC is the California statute that makes it a crime for a person to abuse anyone 65 years of age or older. This section can be charged as a misdemeanor or a felony, and can carry up to 4 years of jail or prison.

“Abuse,” under these laws includes:

A defendant can fight an elder abuse charge with a legal defense. Common defenses include:

A violation of this statute is charged as either;

depending on the facts of the case.

A felony conviction is punishable by custody in state prison for up to four years. 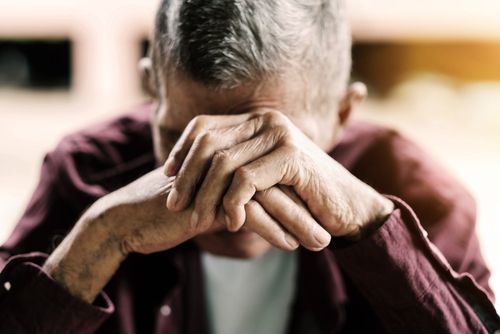 Penal Code 368 PC is the California statute that makes it a crime for a person to abuse anyone 65 years of age or older.

A prosecutor has to prove different things under 368 PC:

Note also that questions often arise under this statute on the meaning of:

A prosecutor has to prove the following to convict a person of misdemeanor elder abuse:

A prosecutor must prove the following to convict a person of felony elder abuse:

“Unjustifiable physical pain or mental suffering” means the same as with misdemeanor abuse.

“Elder abuse” can mean any of the following:

Note that a prosecutor must prove the following to convict a person of financial abuse:

Example: Roman works in a nursing home where all the residents are over the age of 65. Roman occasionally takes lose money that he finds in the drawers of the residents.

Here, Roman is guilty of elder financial abuse. He unlawfully took money from seniors when he knew that all the victims were 65 or older.

For purposes of this statue, “willfully” means to do something:

Example: Janis's 79-year-old mom lives with her. The mother cannot move or feed herself due to extreme Alzheimer's disease. For almost two weeks, Janis does not giver her mom any food or water. The mother almost dies from dehydration.

Here, the facts show that Janis actions rise to the level of criminal negligence,

Note that a prosecutor cannot prove criminal negligence unless:

Example: Bob is an elderly stroke victim that lives with his son Richard. Bob's daughter, Susan, used to be his caretaker but she no longer is. But she still visits with Bob and Richard.

On a few occasions, she expresses concern about the care her brother is providing to her dad. One day Bob is found dead in his bedroom in Richard's house. He died of septic shock that was caused by bedsores, malnutrition, and dehydration. Police arrest Susan and charge her with elder abuse.

Here, Susan is not guilty of a crime. She had no legal duty to take care of her father or control her brother's behavior.

Many prosecuting agencies (like a county's District Attorney's Office) have:

This means that a specially trained deputy prosecutor will prosecute most senior abuse cases.

Police will refer a case to these units and then a prosecutor will decide whether to:

Certain factors will determine which agency prosecutes a senior abuse case. Some of these include:

A defendant may assert a legal defense to challenge an abuse charge.

Recall that in many of these cases a prosecutor has to prove that a defendant acted willfully. This means it is always a defense for an accused to say that he did not act deliberately. Perhaps, for example, a senior was injured as a result of the defendant's accidental conduct.

Also recall that there has to be some type of abuse in these cases, like neglect. It is a defense, therefore, for an accused to say that:

Once again, for example, maybe an accident caused harm to an elder, and not an abusive act.

False accusations do take place under these laws. Sometimes jealous family members wrongfully accuse caregivers of abuse. Mean spirited neighbors also falsely accuse siblings of elder abuse. This means an accused can raise the defense that he was unjustly blamed.

Misdemeanor elder abuse is punishable by:

Felony elder abuse is punishable by:

Further, if a felony, and the victim actually suffers great bodily injury, then:

A 368 PC conviction may have negative immigration consequences.

Depending on the facts of the case:

This is a problem because a CIMT can result in a non-citizen being either:

Therefore, a PC 368 conviction could have damaging immigration consequences.

A person can get an expungement of an abuse conviction, but:

Felony convictions cannot be expunged if the person was sentenced to state prison.

However, a misdemeanor conviction can get expunged provided that the defendant:

A conviction under Penal Code may negate a defendant's gun rights.

8. What are some resources for victims of elder abuse?

There are many resources available for victims of senior abuse. Some of these are:

The following websites are also helpful:

An elder abuse victim can file a civil lawsuit against an abuser. A suit can get filed per California Welfare and Institutions Code 15600.

This statute says the following parties can sue if abused:

A “dependent adult” is anyone that:

Note that for either of these parties to have a civil claim, the following must be true:

Most of these suits get filed against health care providers. If a suit is successful a plaintiff may recover:

10. Are there related offenses?

There are three crimes related to elder abuse. These are:

Penal Code 242 PC is the California statute that defines the crime of battery.

The offense can occur even if the defendant didn't cause the “victim” pain or injury of any kind.

Battery of a senior would constitute as elder abuse.

Penal Code 261 PC is the California statute that defines the offense of “rape.”

A person commits this crime if he/she has nonconsensual sexual intercourse with another person by means of threats, force or fraud.

Like elder abuse, people get unjustly blamed for this offense. Therefore, a defense for this crime is that the defendant was falsely accused.

A "criminal threat" is when a person threatens to kill or physically harm someone and: