A defendant can use a legal defense to challenge an accusation under this statute. Common defenses include:

A violation of this statute is a felony. This is opposed to a misdemeanor or an infraction.

The offense is punishable by custody in state prison for up to 16 years. 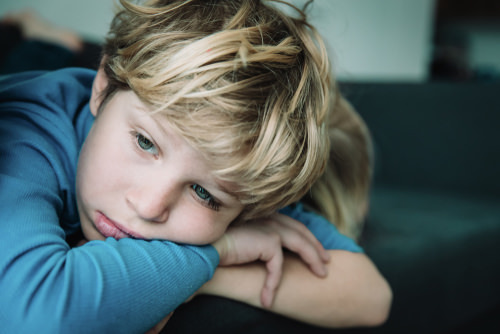 Penal Code 288.5 PC is the California statute that makes it a crime for a person to engage in the continuous sexual abuse of a child.

1. What is continuous sexual abuse of a child?

A prosecutor must prove the following to convict a person of continuous sexual abuse of a child:

“Sexual conduct,” under this statute, means:

This penetration can be by the other person's penis or any foreign object.3

“Oral copulation” is defined as any contact, no matter how slight, between:

Penetration is not required for oral copulation.4

A defendant can fight a charge under this statute with a legal defense.

A person is only guilty under this statute if he/she had sexual conduct with a child under 14. This means it is always a defense for an accused to show that the “victim” was age 14 or older.

These laws only apply to sexual conduct with a child. Things like innocent physical contact with a child are not prohibited. Therefore, a defense is for the accused to show that:

This area of the law is unfortunately filled with false accusations. Children falsely accuse “perpetrators” for a variety of reasons. Some include:

No matter the reason, it is a defense under this statute for:

A conviction under this law can result in a fine and/or jail time.

A violation of this statute is a felony offense in California.

The crime is punishable by custody in state prison for up to 16 years.5

Note that this offense also counts as a strike under California's three strikes law.6

A conviction under this statute will have negative immigration consequences.

A non-citizen defendant guilty of the continuous sexual abuse of a child could be either:

A person convicted under this statute will likely not get awarded an expungement.

By law, expungements are prohibited if a defendant receives prison time. This is opposed to time in county jail.

Since violations of Penal Code 288.5 result in a prison sentence, an expungement is unlikely.

A conviction under these laws will adversely affect a defendant's gun rights.

Since convictions under these laws are felonies, they strip away a defendant's gun rights.

Penal Code 288 PC is the California statute that defines the crime of “lewd and lascivious acts with a minor child.”

For purposes of this statute, a minor child is a child under 16 years of age.

Penal Code 288b1 PC is the California statute that makes it a crime for a person to:

A “lewd act” under this statute has the same definition as used within PC 288.

A conviction under this section triggers life in prison, even upon a first offense.

For information on similar laws in Nevada and Colorado, please see our articles on: