Colorado cyberstalking laws prohibit repeated and credible threats through use of the internet or digital media. Cyberstalking is a felony offense in Colorado and can result in

Cyberstalking is related to the misdemeanor crimes of online harassment and cyberbullying. In this article, our Colorado criminal defense lawyers will address: 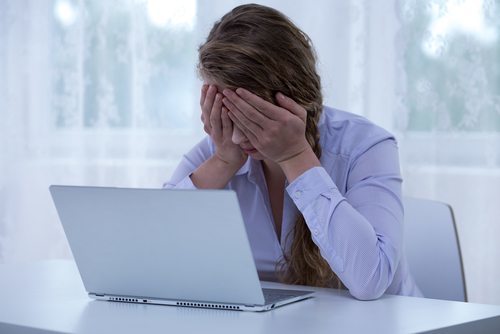 Colorado cyberstalking laws prohibit repeated and credible threats through use of the internet or digital media.

1. What is “cyberstalking” in Colorado?

Under Colorado Revised Statutes section 18-3-602, the crime of stalking involves either:

2. What are examples of cyberstalking?

Examples of cyberstalking may include:

3. Is online harassment the same as cyberstalking?

Colorado's harassment law is known as Kiana Arellano's law.6 Kiana Arellano was a high school sophomore from Highlands Ranch. Kiana was a victim of cyberbullying and harassment from classmates and eventually tried to commit suicide. Kiana survived her attempted suicide but was left paraplegic and with severe brain damages as a result. Colorado did not have a cyberbullying law, and lawmakers passed legislation to make online harassment illegal, naming the law after Kiana.

4. What kind of online contact is included in cyberstalking?

Colorado's laws against stalking do not limit the kind of contact that may be illegal. Any kind of contact that is used to harass or causes someone emotional distress can be considered stalking. Cyberstalking generally refers to the use of online or electronic communications.

Colorado's restraining order laws have been updated to include online contact. Under C.R.S. 13-14-101(1.7), illegal contact includes any communication, directly or indirectly, through electronic and digital forms of communication. This includes contact through social media.7

5. What are the penalties for cyberstalking in Colorado?

The penalties for cyberstalking depend on the accused's criminal background and other factors.

Cyberstalking in Violation of a Protective Order

The penalties for a conviction for cyberstalking in violation of a protection order can include:

5.1. Is cyberstalking a felony?

Stalking and cyberstalking are felony crimes.12 Felony crimes are the most serious class of crimes in Colorado. Felonies are crimes that are punishable by a year or more in prison.

In addition to criminal penalties, anyone convicted of a felony may have their conviction continue to penalize them for years to come. A felony criminal record may make it impossible or more difficult to:

5.2. How is cyberstalking different than regular stalking?

The only difference between the crime of stalking and cyberstalking is the use of the internet or other electronic communications. Regular stalking may involve making credible threats or harassing someone in person, by mail, or on the phone. If the alleged stalker makes threats using text messages, internet forums, or through social media, the stalking could be considered “cyber-stalking.”

Colorado's laws against stalking are named “Vonnie's Law,” after the death of Vonnie Flores who was killed by her stalker. Vonnie Flores was a teaching assistant in Leadville. Flores had gone to the Lake County sheriff's department to report that her neighbor had been stalking her for two years.

The stalker was arrested and released on bail. Vonnie Flores had a temporary restraining order against the stalker; however, a few weeks later, the stalker shot and killed Flores and then shot himself.

6. How does the prosecutor prove cyberstalking?

The elements of the crime of stalking based on making a credible threat and repeated conduct include proving that the defendant:

The elements of the crime of stalking based on causing the victim serious emotional distress include proving that the defendant:

7. How do I defend myself against cyberstalking charges?

The best defenses available to criminal charges of cyberstalking depend on your specific case. The alleged victim in many cyberstalking cases may have misunderstood or misinterpreted the actions of the accused. Possible defenses to cyberstalking may include:

8. Is cyberstalking a federal offense?

In some cases, cyberstalking can also be a federal offense under 18 U.S.C. 875(c). It is a crime to transmit any communication that contains a threat to injure another person through the internet, email, or interstate commerce communication.16

The federal law may not apply to repeated harassment that would be considered stalking under Colorado law. The federal law is limited to threatening communications.

The penalties for cyberstalking as a federal offense include up to 5 years in prison and a fine of up to $250,000.17

Certain types of cyberstalking may also be charged as federal internet harassment, where someone uses a telecommunications device with the intent to abuse, threaten, or harass a specific person. This type of online harassment can result in a fine and up to 2 years in prison.18

If you have been accused of stalking or harassing someone online, please contact us at Colorado Legal Defense Group. Our caring Colorado defense attorneys have many years of experience representing individuals arrested for stalking and cyberstalking.