Under CRS 18-9-111, Colorado law defines criminal harassment as intentionally bothering, annoying, or alarming someone by way of repeated contact, obscene gestures, hitting, taunting, or following in public. A conviction is a misdemeanor punishable by up to 6 months in jail and/or $50 to $750 in fines. But harassing a person based on his or her race, religion, or disability is punishable by 6 to 18 months and/or $500 to $5,000.

This [law] is not intended to infringe upon any right guaranteed to any person by the first amendment to the United States constitution or to prevent the expression of any religious, political, or philosophical views. 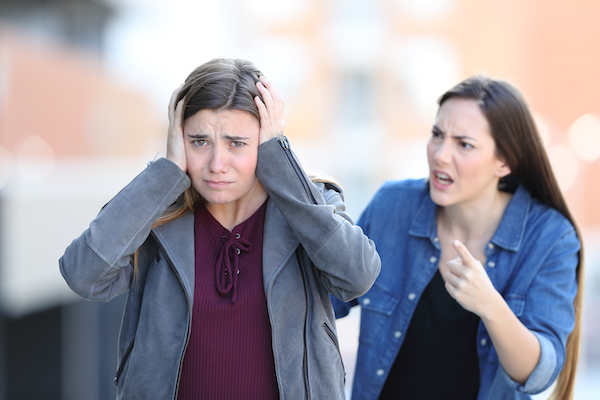 CRS 18-9-111 prohibits harassment if done with an intent to annoy or alarm.

Therefore, harassment is a broad offense that can take place in person or online, through words or by actions.

Example: 18-year-old Jeffrey is the high-school bully. One day he throws Tom against the lockers. Later he pantomimes having sex to Jennifer. He makes 20 telephone calls with obscene language to Victoria. He follows Seymour all the way home just to make him nervous. He texts Doris all through the night while she should be asleep. He keeps calling Henry the R-word at school to taunt him. And through instant message he threatens to beat up Zack the next day during lunch. Each of these actions qualifies as harassment under CRS 18-9-111.

Also see our criminal law article on domestic violence harassment. This is harassment between past or present spouses, lovers, or co-parents.

Workplace sexual harassment is usually a civil rather than a criminal matter. But sometimes harassment involves unwanted sexual touching. Then the defendant can face charges for unlawful sexual contact (CRS 18-3-404).

2. What are the penalties under the Colorado harassment statute?

Harassment is typically a class 3 misdemeanor in Colorado law. The punishment includes:

Alternatively, the judge may grant probation instead of jail.

However, discriminatory-based harassment is a class 1 misdemeanor. This is harassment done because of someone’s perceived:

Note that it is common for harassment victims to get protection orders against their harassers. Violating restraining orders (CRS 18-6-803.5) is a crime in itself.

Also note that victims can also bring lawsuits against alleged harassers, especially if there is bodily injury or property damage. 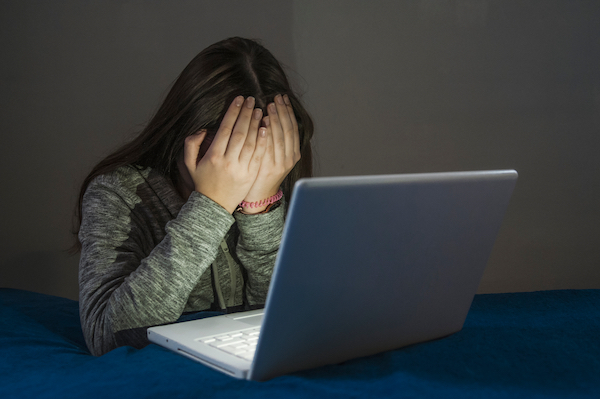 Cyber-bullying is a misdemeanor in Colorado under the harassment statute.

Since harassment is such a broad crime, the best defense strategies turn on the specific facts of the criminal charges. Depending on the case, five common defenses include arguing that:

Many harassment defendants argue that the First Amendment protects them. An example of protected free speech is protesting. Another is making consumer complaints. But free speech becomes harassment when the victim has a reasonable expectation of being left alone. As the Colorado Supreme Court noted:

“The … offense is the thrusting of an offensive and unwanted communication on one who is unable to ignore it.”6

Example: Jeremy is angry Amber broke up with him. So he gets a megaphone. He stands on the street of her private residence. And he yells at her for hours. Finally a peace officer arrests him. Jeremy maintains he was exercising his constitutional rights. But he crossed the line into harassment. Amber has a reasonable expectation of privacy in her home. His yelling intruded on her ability to enjoy her private property.

Jeremy in the above example would probably face charges for disorderly conduct (CRS 18-9-106) as well.

Ultimately, most cases for harassment charges resolve without a trial. If the defense attorney can show the district attorney their case is weak, the charge could get reduced or dismissed.

4. Is the record sealable?

Criminal harassment convictions can be sealed from the defendant’s criminal record in Colorado. But there is a waiting period.

Note that if the case gets dismissed – meaning there is no conviction – then the defendant can pursue a record seal immediately.7

The record seal process itself can take several weeks. But everyone is advised to clear their record if possible. Not having a criminal record increases employment prospects.

5. What is Kiana Arellano’s law?

Kiana’s law comes from Kiana Arellano. In 2013, she was a high school sophomore. She was also a cheerleader. But classmates bullied her online. Kiana tried to hang herself. She survived. But the lack of oxygen left her paraplegic. It resulted in a severe brain injury. She has no ability to talk.

At the time, Colorado had no law against cyber-bullying. So the state legislature passed Kiana Arellano’s Law. It took effect in July of 2015.8

If you wish to explore creating an attorney-client relationship, fill out the form on this page. Or contact us at:

Updated December 27, 2020 Under CRS 18-9-111, Colorado law defines criminal harassment as intentionally bothering, annoying, or alarming someone by way of repeated contact, obscene gestures, hitting, taunting, or following in public. A conviction is a misdemeanor punishable by up to 6 months in jail and/or $50 to $750 in fines. But harassing a person based ...