Under Colorado law, driving a vehicle under the influence of alcohol or drugs is a crime. The penalties for drunk driving depend on the driver's number of DUIs. The penalties increase with each additional DUI, including increased jail time, alcohol education and treatment, and fines. In this article, our Colorado criminal defense lawyers will address: 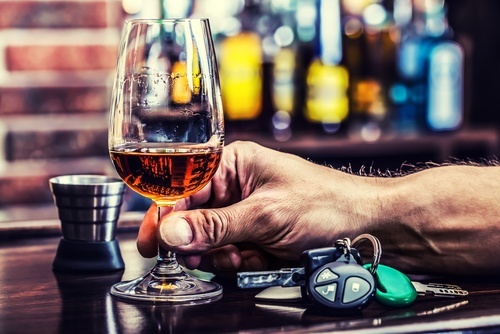 A third DUI can be a felony if anyone was injured or died because of the impaired driver.

1. What are the penalties for a third DUI in Colorado?

Driving under the influence (DUI) of drugs or alcohol is a misdemeanor offense in Colorado.1 The penalties for a DUI conviction in Colorado will depend on how many drunk driving convictions the driver had and if anyone was injured as a result.

The first major difference between a second DUI and third DUI is jail time. After a first-time DUI, jail time is often waived as part of a suspended sentence. A second DUI has mandatory jail time, but only for 10 days. With a 3rd DUI, the driver may be facing 60 days (almost 2 months) in jail.

Drivers arrested for drunk driving for the first time can be charged with driving under the influence (DUI) or driving while ability impaired (DWAI).2 However, the penalties for a third DUI are the same if the driver was over the legal or impaired but under the legal limit.34

A driver can be charged with a DUI or DWAI if they are under the influence of alcohol, drugs, or the combination of alcohol and drugs. You can still be arrested for a DWAI even if you have a valid prescription if the drugs impair your ability to safely operate the vehicle. This also applies to recreational or medical marijuana use. Just because it is legal to use in Colorado does not mean you can drive while high.5

The police can test a driver's blood to see if they had used marijuana in the recent past. Under Colorado law, there is a presumption that a driver is impaired if a chemical blood test shows 5 nanograms or more of delta 9-tetrahydrocannabinol (THC) per milliliter.6

After a third DUI, the driver will be classified as a “persistent drunk driver.”7 As a PDD, drivers have additional requirements to fulfill before they can have their license reinstated. This includes:

Alcohol education classes and treatment are required to have your license reinstated. This is a combination of educational information and substance abuse treatment. Treatment for a 3rd DUI is required if the driver was under the influence of drugs, alcohol, or simply refused a chemical test. The individual is required to pay for the cost of attending DUI school but can get financial assistance if necessary.

For a 3rd DUI, or chemical test refusal, the length of the education and treatment program depend on the driver's blood alcohol level.

If necessary, the program evaluator can require additional sessions to complete the alcohol education and treatment program.

2. Is a third DUI a felony offense in Colorado?

The good news for drivers is that a third DUI is generally not a felony. A third DUI (like a 1st or 2nd DUI) is still a misdemeanor.11 In Colorado, the fourth DUI is a felony offense.12

A third DUI can be a felony if anyone was injured or died because of the impaired driver. This includes the following drunk driving offenses:

3. I got a DUI years ago, does that count as a prior DUI?

If a driver has a prior DUI from many years ago, the judge may take that into consideration for sentencing. When judges have discretion in sentencing, they may consider a recent prior DUI differently than an old prior DUI.

4. Does an out of state DUI count as a prior DUI?

Prior DUIs include any drunk driving conviction In Colorado, any state in the U.S., or any U.S. territory.14

Under Colorado law, prior convictions for multiple DUI offenses in Colorado include any:

Most states share criminal arrest and conviction records. If you had a conviction for drunk driving over a decade ago on the other side of the country, the prosecutor will likely find out about it. Any prior DUI in any state from any time will generally be counted as a prior offense for multiple DUI charges in Colorado.

5. What happens to my license after my 3rd DUI in Colorado?

You will lose your license for 2 years after a 3rd DUI conviction.16 However, you will probably have your license revoked even before you ever get your day in court.

After the arrest, law enforcement will take away your driver's license and give you a “temporary permit.” This permit is only valid for seven (7) days. If you don't request a hearing in within 7 days, you will not be allowed to drive until you get your license reinstated.18

Under Colorado's Express Consent law, you will have your license revoked for refusing to submit a breath or blood chemical test after a DUI arrest. Even if you had no alcohol or drugs in your system and you are never convicted of a DUI, under Colorado law, drivers are required to consent to a chemical test if a police officer has reasonable grounds to believe the driver is impaired.19

6. Can I get an interlock device installed to get my license back early?

Your license will be revoked for 2 years after a 3rd DUI. Similar to a 2nd Colorado DUI, you can have your license reinstated early if you complete the reinstatement requirements and serve a minimum of one-month revocation.

In order to have your license reinstated before the end of the 2-year revocation period, you need to complete the reinstatement process. This includes:

You are required to have an IID installed in all vehicles you drive before you can have your license reinstated. An IID is like a breathalyzer for your car. The IID is linked to the vehicle ignition and requires the driver to blow a clean breath into the device to start the car. The IID also requires regular “rolling samples” while the vehicle is being driven.

The driver is required to pay for installation of the IID and regular maintenance. Any breath samples that show alcohol on the breath will be logged by the device. Any attempts to bypass the machine or tamper with the device will also be recorded. Violations may require extending the IID requirement time or loss of your driving privileges.22

7. Why should I hire a lawyer after my 3rd DUI arrest in Colorado?

A 3rd DUI conviction can result in serious penalties that can cause major disruptions to your life. If you did not fight your 1st or 2nd DUI, you should seriously think about challenging a 3rd time DUI charge.

There are many legal defenses to Colorado DUI charges that your lawyer can use to win your case. Your attorney can also help you fight your license suspension with the DMV. You should contact an experienced Colorado DUI lawyer as soon as possible because you only have 7 days after an arrest to request a DMV hearing.

Your criminal defense lawyer will begin building your case by gathering all available evidence. This includes include:

Your criminal defense lawyer can then file motions to suppress improper evidence. Evidence can be thrown out of court because of:

If you have been arrested for your 3rd DUI in Colorado, please contact us at Colorado Legal Defense Group. Our caring Colorado defense attorneys have many years of experience representing clients who have been charged with multiple drunk driving arrests. We are among the best Colorado criminal defense attorneys to call. Contact us today for a free consultation by phone or in-person or in our Denver law office.

Arrested in Nevada? See our article on DUI 3rd in Nevada.