First-time DUI in Colorado: Will I go to jail?

The typical penalties for a first-offense DUI in Colorado include 48 to 96 hours of community service, a fine of $600 to $1000 plus court costs, 2 years of probation, a 9-month license revocation and alcohol or drug education classes.

These penalties may increase if the motorist has a high BAC or causes an accident. By definition, a 1st offense DUI is when one in which the person has no prior DUI convictions in Colorado or any other U.S. state or territory.

In this article, our Colorado criminal defense lawyers answer the following top 6 questions: 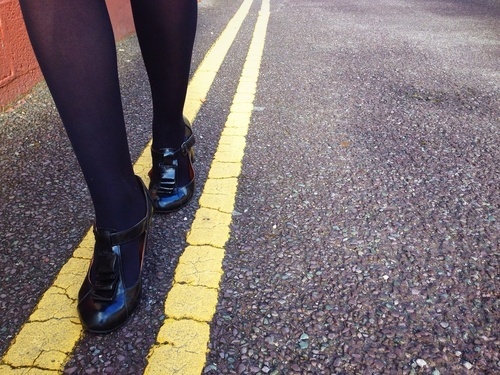 A conviction for a first-time DUI will result in a misdemeanor criminal record in Colorado.

1. What are the penalties for a first time DUI in Colorado?

The penalties for a DUI in Colorado depend on how many drunk driving convictions the accused has and their level of alcohol. A DUI is a misdemeanor offense.1 A conviction for a first-time DUI can include:

A driver with a BAC of 0.08% or higher can face a DUI per se charge. However, even with a lower BAC or no chemical test results, a driver can face charges for driving while ability impaired (DWAI), based on the observations of police.2 The penalties for a DWAI conviction are slightly lower than for a DUI, including:

An individual with a blood alcohol concentration (BAC) 0.15% or above will be classified as a “persistent drunk driver.” There are increased penalties for drivers with a high blood alcohol content, including Level II alcohol education classes.3

Even if the accused has never been arrested before, he or she will be considered a persistent drunk driver with BAC of 0.15% or higher. A high blood alcohol content DUI may require a mandatory ignition interlock device (IID) for at least 2 years to have the driver’s license reinstated.4

In addition to criminal penalties and losing your license, drivers convicted of a DUI or DWAI will generally have much higher car insurance for years to come.

1.1. Are the penalties the same for an alcohol DUI and drug DUI?

The penalties for a DUI can be the same if the driver was under the influence of any alcohol, drugs, or the combination of alcohol and drugs. Drugs include illegal “street” drugs like heroin or methamphetamines, as well as medical marijuana and prescription drugs.5

Just because recreational marijuana is legal in Colorado does not mean it is legal to drive under the influence of marijuana. Having a valid medical marijuana card is not a defense to drug DUI charges.6

There is a presumption that a driver under the influence of marijuana is impaired if a chemical test shows 5 nanograms or more of delta 9-tetrahydrocannabinol (THC) per milliliter. But, a police officer can still arrest you for driving while impaired whatever the level of THC in your blood.7

2. Will I lose my license after my first DUI in Colorado?

After a DUI arrest, a law enforcement officer will take possession of your driver’s license and issue a temporary permit that is valid for seven (7) days after the date of issuance.8

The only way to fight to keep your license is to request a hearing in writing within 7 days after an arrest.9

After a first-time DUI, your license may be suspended for 9 months. If you were convicted of a DWAI, you may be able to keep your license. However, a DWAI adds 8 points to your DMV record. If you have 12 or more points in a 12-month period, you may have your license suspended.10

You can also lose your license for refusing a chemical test in Colorado, whether or not you are convicted of a DUI. Under Colorado’s Express Consent Law, any driver is required to consent to a chemical test if a police officer has reasonable grounds to believe the driver is impaired by alcohol or drugs.11

Refusing a chemical test after a DUI arrest will be admissible as evidence of guilt in your drunk driving trial.12

Even if you are not convicted of a DUI, the penalties for refusing a chemical test in Colorado include:

Drivers can have their driving privileges reinstated early instead of waiting out the 9-months suspension period. To have your license reinstated early, you have to serve one month of the suspension and complete the alcohol education course. Then drivers can be allowed to drive if they participate in the Ignition Interlock program.17

An ignition interlock device (IID) in Colorado works like a breathalyzer for your car. The IID requires the driver to blow a clean (alcohol-free) breath into the device to start the car. The IID also requires regular rolling samples while the vehicle is operating. Any failed tests will be logged and reported.

Early reinstatement after a first-time DUI can require an IID installed in the driver’s vehicle for at least 8 months. Yet, any excessive breath tests, IID interruption, or attempted circumvention can increase the penalties and license restrictions.18

3. What if I have a DUI in another state?

For the purposes of counting DUI convictions, a person is deemed to have a prior conviction for a:

For example, Herbert is a 65-year-old man who has lived in Littleton, Colorado for the past 30 years. When Herbert was 21-years-old, he got arrested for a DUI in Laguna Beach, California, and pleaded guilty to drunk driving.

44 years later, Herbert is pulled over for an improper lane change in Littleton. The officer smells alcohol on Herbert’s breath and he is arrested for drunk driving. Even though Herbert’s prior DUI was more than 40 years ago in a different state, prosecutors would likely charge Herbert with a 2nd time DUI in Colorado.

4. What is the lookback period for prior DUIs in Colorado?

Many states have a “lookback period” or “washout period” for considering prior drunk driving offenses. This is the amount of time to look back to determine if the driver has a prior DUI. Colorado does not have a limited lookback period for prior DUIs. Any prior DUI in any U.S. state or territory will be a prior DUI.21

For example, if a driver has a prior DUI conviction that is 10-years or older, it can still be considered as a prior DUI. However, a judge may consider the amount of time that has passed in the court’s discretion when it comes to sentencing. If a judge has discretion in handing down a sentence, your defense attorney can argue for a more lenient sentence if the prior DUI occurred many years prior.

5. Does a DUI result in a criminal record?

Unlike other states, Colorado generally does not provide for expungement or sealing criminal records except for minors prosecuted in juvenile court.

Your best chance to avoid a criminal record for a drunk driving arrest is to fight the criminal charges in court. This generally requires experienced criminal defense lawyers with a successful record of fighting Colorado DUI changes.

6. Can a lawyer help me fight a first time DUI in Colorado?

An experienced DUI defense lawyer can help you fight a Colorado DUI first offense. There are a number of possible defenses to DUI charges, depending on the specific facts of your case.

If you have been arrested on suspicion of drunk driving or driving under the influence of drugs, you should contact a Colorado DUI attorney as soon as possible. Remember, you only have 7 days to request a hearing to keep your license. A DUI case can take time to investigate and research, involving:

Building your case begins with gathering evidence. This includes:

An experienced Colorado DUI attorney will then use the evidence gathered as the basis for legal research and motion writing to support your case.

For example, your lawyer can file motions to challenge police actions and evidence. This includes filing motions to suppress evidence based on:

An experienced Colorado DUI defense lawyer also understands how to fight to get you the best deal you can get from the prosecutor. Most drunk driving cases don’t go to trial. Negotiating for a good deal can help you avoid possible jail time and reduce your criminal charges. In some cases, an individual facing a 1st time DUI can get the charges reduced to “reckless driving,” and avoid a DUI conviction.

If you have been arrested for your first Colorado DUI or other Colorado drunk driving offense, please contact us at Colorado Legal Defense Group.

Arrested in Nevada? See our article on DUI firsts in Nevada.

What are the financial qualifications to get a public defender in Colorado?