Colorado law defines assault as unlawfully causing injury to another person. This crime may be charged as a misdemeanor or a felony depending on the circumstances. There are three degrees of assault (from most serious to least serious):

Assault can be a felony or a misdemeanor depending on the degree: 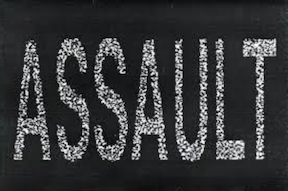 Assault can be a felony or a misdemeanor in Colorado

1. How does Colorado define assault?

Colorado assault law defines the crime as unlawfully "causing bodily injuring to another person."1 Some examples of assault include:

If the victim dies from the injuries, then the defendant would instead face homicide charges.

Assault is different from menacing (18-3-206 C.R.S.). Menacing is merely putting someone in fear of imminent bodily injury. An example is holding up a fist to someone and threatening to punch.

2. What are the degrees of assault?

In Colorado, the degree of assault depends on four factors.

The first is whether the defendant used a deadly weapon.

The third factor that determines the degree is physical injuries. Colorado law defines bodily injury as:

The final factor is whether the victim was an on-duty official. "Officials" comprise the following five occupations:

First-degree assault under 18-3-202 C.R.S. occurs when a person intentionally:

18-3-202 C.R.S. also comprises extremely risky behavior that causes serious bodily injury. It does not matter if the defendant did not intend to injure:

Example: Jeb has a new gun he wants to show off to his friend. He starts spinning it around on his finger, and it goes off accidentally. The bullet enters his friend's stomach. Jeb had no intention to injure his friend. But his extremely risky behavior qualifies as first-degree assault.

A less common form of violating 18-3-202 C.R.S. involves intending to seriously injure an on-duty official. But the defendant has to threaten the victim with a deadly weapon. And the defendant must know the victim is on-duty.3

18-3-203 C.R.S. also includes the following actions where the victim is an on-duty official:

A less common form of violating 18-3-203 C.R.S. is when a person in custody does either of the following:

3. What are the penalties for assault?

First-degree assault is usually a class 3 felony as well as a crime of violence. The punishment is:

Second-degree assault is usually a class 4 felony. The typical sentence is:

However, the prison range becomes 5 to 16 years if either:

Third-degree assault is a class 1 misdemeanor as well as an “extraordinary risk” crime. The sentence may include:

4. What are the best legal defenses?

Three common ways to fight an assault charge include arguing that:

A partial defense is that the defendant committed the assault in the sudden heat of passion. This is when the victims' actions would provoke any reasonable person to snap. The classic scenario is catching a spouse cheating and immediately attacking them.

The sudden heat of passion defense can knock a felony assault charge down by two classes. Therefore, a class 3 felony assault would become a class 5 felony. This carries:

And a class 4 felony assault done in the sudden heat of passion would be a class 6 felony. This carries:

Three other partial defenses that may get a charge reduced include:

Note that voluntary intoxication is not a defense. Defendants who willingly drink are criminally liable for assault.10

In any case, the D.A. may be willing to reduce or even dismiss the charges as part of a plea bargain.

5. What is the statute of limitations for a prosecutor to file an assault charge?

6. Are there other consequences of a conviction?

Defendants face a domestic violence (DV) sentencing enhancement when the assault victim is their current or former spouse or dating partner. The judge would issue a protection order against them. And if they are convicted, defendants may have to undergo DV treatment as well.12

Class 3 felony convictions may not be sealed in Colorado. So any future employers and landlords may see the case on background checks. However, any assault charges that get dismissed can be sealed. Learn how to get a Colorado criminal record seal.

Assault can also be a deportable offense. So non-citizens charged with assault are advised to seek legal counsel right away. Unless the charges get reduced or dismissed, alien defendants may be forced to leave the U.S. Learn more about the criminal defense of immigrants in Colorado.

We invite you to call our experienced and compassionate criminal defense lawyers for a free consultation.

We serve clients throughout the state, including in Colorado Springs, Aurora, Fort Collins, Lakewood, Thornton, Arvada, Westminster, and Centennial.

In Denver, our convenient home office is located at: