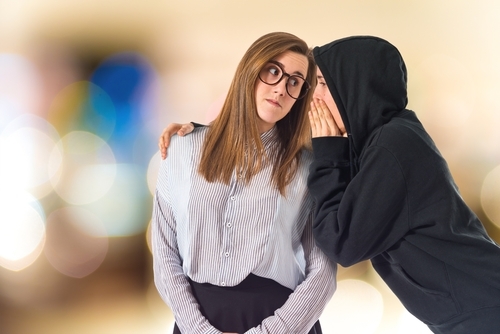 What is criminal conspiracy?

Conspiracy is an agreement with made one or more other people to commit a crime plus at least one overt act made in furtherance of the plan.

You can be found guilty of conspiracy even if you never successfully attempt or complete the planned crime. And if you do commit (or attempt) the crime, you can be convicted of both the crime (or the attempted crime) and for conspiring to commit it.

Given that conspiracy is punished only slightly less severely than the planned crime itself, conspiracy charges should not be taken lightly. What's more, when there is a conspiracy, the first conspirator to “flip” can often obtain a plea bargain at the expense of the other conspirators. 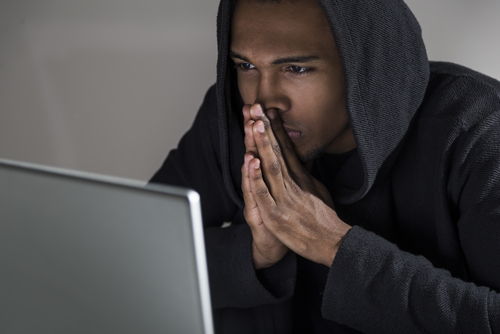 1. The elements of criminal conspiracy

It is not necessary that the conduct actually is carried out or that the crime is concluded successfully. The agreement itself is the crime, provided at least one overt act is taken in furtherance of it.

Idle talk – without something more – is not a conspiracy.2 Before you can be guilty of conspiracy, there must be some overt act in furtherance of the conspiracy.

You, yourself, do not need to be the one to commit the overt act. Any overt act -- even a small one -- by a conspirator is enough.

However, you are not guilty of conspiracy unless you yourself actually take part in the planning and/or the conduct. “Passive cognizance” – simply knowing about the conspiracy or even acquiescing to it -- does not make you guilty of a crime.3

Additionally, conspiracy is a “specific intent” crime. To be guilty of conspiracy, you must have intended to engage in specific criminal conduct. It is not enough that you and someone else agree simply to commit some crime generally.4

“Wharton's Rule” is a legal doctrine that provides that an agreement by two persons to commit a crime cannot be prosecuted as a conspiracy if the crime by its nature requires the participation of two persons for its commission.5

An example is 18-6-201 C.R.S., bigamy. By definition, bigamy requires the agreement of two people to get married. The idea behind Wharton's Rule is that punishment for the planning is inherent in the statute making such conduct illegal, because two people could not commit bigamy without the agreement.

However, if a group of people conspired to bring about a bigamous marriage, they could be prosecuted for conspiracy to commit bigamy. Wharton's Rule does not apply when more people than are necessary to commit the crime work together to plan it.

In practice, Wharton's Rule rarely comes up. A good Colorado conspiracy lawyer will, however, be aware of the exception and raise it as a defense, if appropriate.

1.3. Participation in a criminal enterprise

So, for instance, participants in large-scale criminal operations can be found guilty of conspiracy, even if, by definition, everyone involved in the organization is unable to participate personally in any given offense and even if they don't know who all the participants are.6

1.4. Conspiring with a minor or someone incompetent

It not a defense to conspiracy that the person you conspired with was legally not responsible for the crime or is immune to prosecution for any reason.7

So you can still be found guilty of conspiracy even if the person you conspired with could not form the requisite intent to commit a specific intent crime -- such as first-degree murder -- or did not otherwise satisfy the conditions for committing a crime. This means you can be found guilty of conspiracy even if your co-conspirator is underage or legally insane. It is your intent to engage in conduct that is criminal that counts.

1.5. When multiple crimes count as one conspiracy

If a person conspires to commit a number of crimes, he is guilty of only one conspiracy so long as such multiple crimes are part of a single criminal episode.8.

2. Penalties for criminal conspiracy in Colorado

It is important to note that conspiracy to commit a crime is itself a separate crime from the crime you conspire to commit.

This means that if you conspire to commit a crime AND you commit (or attempt to commit) that crime, you can be punished for BOTH the conspiracy AND the crime (or the attempt).12

Sentencing you for both the conspiracy and the crime itself does not violate your rights under the Double Jeopardy clause of the 5th amendment. Conspiracy is not a “lesser included offense.” It contains at least one element that the crime does not (planning) and vice versa.

It does, mean, however, that committing a crime with other people can subject you to greater total punishment than if you had simply committed the same crime yourself. The theory behind punishing both conspiracy and the ultimate crime is that the introduction of additional people creates more potential danger.

For a more comprehensive listing of sentences for conspiracy convictions, please see our article on Penalties for a Colorado Conspiracy Conviction.

There are numerous defenses to charges of criminal conspiracy. Which is the best defense for your Colorado conspiracy charges depends on the facts of your case.

Some common defenses to Colorado criminal conspiracy include (but are not limited to):

If you knew about a planned crime but didn't agree (even tacitly) to commit it, you are not guilty of conspiracy.

Likewise, you may not be convicted of conspiracy to commit a crime, unless the prosecution can prove that either you or one of your alleged co-conspirators committed an overt act in pursuance of it.13 Planning alone is not a conspiracy. There must be some act in furtherance of the planned crime, no matter how small.

You abandoned or renounced the conspiracy

You can renounce or abandon a conspiracy in several ways:

As discussed above, you can be charged separately with both conspiracy to commit a crime and commission of the crime, whether or not you actually carry it out.

Sometimes, however, the only evidence of a conspiracy is the alleged commission of a crime itself.

However, if the sole evidence of the conspiracy is the evidence that establishes the commission of the crime itself and you are found not guilty of the charges, you cannot be convicted of conspiring to commit the crime.19

The “Rule of consistency” does not apply, however, if your alleged co-conspirators are acquitted in a different proceeding. While in general co-conspirators are tried in a single trial, Colorado law permits you to be tried separately if the court deems it appropriate to ensure fairness.22

This is just one reason why it is so important to retain your own Colorado conspiracy lawyer. An experienced Colorado criminal defense attorney can recommend whether it is in your best interest to try to get a separate trial, to try your case jointly, or to enter into a separate plea bargain.

And if your conspirators accept a plea bargain in exchange for offering testimony against you, your lawyer will make sure the jury is aware of this.

We cannot stress this enough -- if you are charged with conspiracy, make sure you have your own lawyer.

The planned crime is inherently ridiculous

In general, you can be found guilty of conspiracy even if your plan is not a practical one or one likely to succeed. By engaging in conduct that would result in a crime if everything went according to plan, you have committed criminal conspiracy.23

However, the court is allowed to reduce your sentence or even dismiss the charges if the conduct is “so inherently unlikely to result or culminate in the commission of a crime that neither that conduct nor the offender presents a public danger.”24

So, for example, if your planned crime of kidnapping requires the use of rockets attached to your feet to fly into a third story window, the sheer ridiculousness of the plan might serve as a complete or partial defense.

But mistake of fact is NOT a defense to conspiracy. If your conduct could have resulted in a crime if the facts were as you and your co-conspirators believed them to be, and any of you takes a step towards completion, you are guilty of conspiracy.25

Illegal search and seizure or other police misconduct

If the evidence of the alleged conspiracy was obtained as the result of an illegal search and seizure, your Colorado defense lawyer can bring a motion to suppress the illegally obtained evidence.

Likewise, if the police violated your rights in any other way, your lawyer can often use it to help you obtain a plea bargain to less serious charges or even a dismissal of your case.

Ways the police can violate your rights in Colorado include:

Charged with conspiracy in Colorado? Call us for help...

If you or someone you know has been accused of violating Colorado's conspiracy laws, the Denver conspiracy lawyers at the Colorado Legal Defense Group can usually help.

To schedule a free consultation with one of our Colorado criminal lawyers, complete the form on this page or call us at our Denver home office: