CRS 42-4-1007 is the Colorado traffic law that prohibits drivers from making unsafe lane changes. Switching lanes in a dangerous manner is a class A traffic infraction, carrying a civil fine of up to $100 and four DMV points. People who ignore their ticket will have a default judgment against them. And the DMV will suspend their license until the fine gets paid. 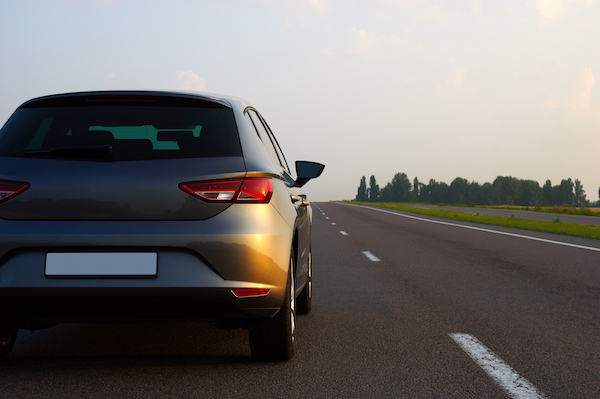 CRS 42-4-1007 makes it a traffic infraction to change lanes unsafely.

1. When can drivers change lanes in Colorado?

CRS 42-4-1007 mandates that drivers not change lanes until they “first ascertained that such movement can be made with safety.” When determining whether a motorist followed traffic regulations, courts will consider the “totality of the circumstances.”

The statute does not provide technical details such as how many feet or car lengths of space drivers should have before switching lanes at a safe distance. But while attempting a lane change, motorists should always rely on 1) turning to look, 2) their side- and rear-view mirrors, and 3) sensors (if their vehicle has them). And they must use their turn signals with their tail lamps prior to switching lanes.

Furthermore, the lane change should be quick so the driver is in between lanes for as short a time as possible. As the statute states, “a vehicle shall be driven as nearly as practicable entirely within a single lane[.]”

The statute also prohibits using the shoulder lane when overtaking vehicles. Left turns should only happen from left lanes. And it requires drivers to obey any official traffic control devices that specify which lanes to use and when.1

People who do not exercise due care when making a lane change face a class A traffic infraction. It carries fines from $15 to $100 plus a small surcharge as well as four (4) DMV points. As a civil matter, class A infractions carry no jail time. But insurance companies can jack up insurance rates for any moving violation.

Four DMV points alone should not cause the driver’s license to get suspended. But for instance, the DMV will suspend the license of people 21 years of age (or older) who get 12 points in 12 consecutive months. One possible way to erase some points is by doing traffic school.2

Note that commercial driver’s license holders will get their CLD suspended for 60 days for committing two “serious” traffic violations in a commercial vehicle in a 3-year time frame. “Making improper or erratic traffic lane changes” qualifies as a serious violation.3 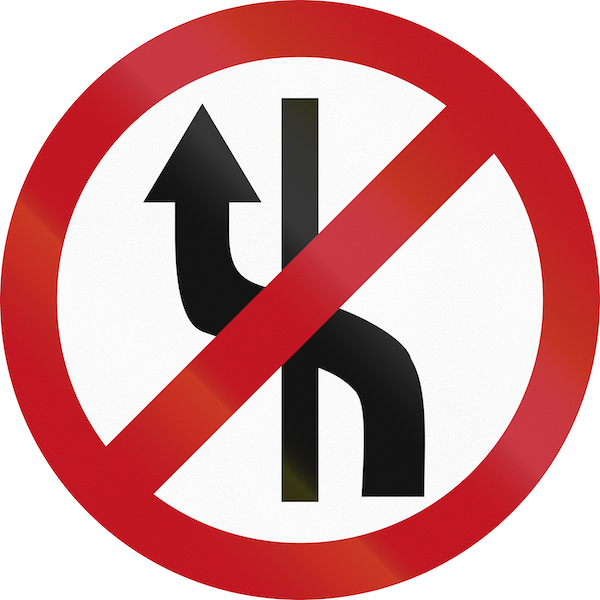 The Colorado penalties for an unsafe lane change include fines and DMV points.

3. How do I fight tickets for illegal lane changes?

4. Will I get arrested if I ignore the ticket?

No, ignoring a citation for an illegal lane change traffic infraction will not result in a bench warrant. This is because a CRS 42-4-1007 violation is not a misdemeanor. Instead, the judge will make a default judgment against the defendant. The unpaid fines will go to collections.

Most seriously, the DMV will suspend the person’s license until the defendant makes good on the payment. The DMV often allows defendants 30 days to make the payment before suspending the license.4

Learn more in our article on driving with a suspended license / driving under restraint (CRS 42-2-138).

5. Are unsafe lane changes probable cause of a DUI?

One bad lane change alone does not give police officers enough probable cause to make a DUI arrest. But any kind of erratic driving traffic offense that runs afoul of safety standards – such as failure to remain in a single lane – will make Colorado highway patrol officers suspect that the driver may be under the influence.

During a traffic stop, the officer will discern the driver’s appearance and behavior and will smell for alcohol or marijuana. If the officer still suspects DUI or DWAI, the driver will be asked to submit to a preliminary breath test and field sobriety tests. Depending on how these tests turn out, the officer may then make a drunk driving / drugged driving arrest.

6. Can I sue for an accident caused by an unsafe lane change?

Yes. Several car accidents involve someone changing lanes without looking and colliding into another vehicle, bicyclist, or pedestrian. Victims may then sue the at-fault driver for negligence per se. In order to prevail in a lawsuit, the victim (plaintiff) needs to demonstrate by a preponderance of the evidence that:

The goal of a plaintiff’s Colorado personal injury lawyer is to recover as much compensatory damages as possible to pay for the plaintiff’s doctor’s bills for bodily injury, lost earnings, property damage (if any), and pain and suffering. In the vast majority of motor vehicle crash cases, the parties settle out of court with the defendant’s insurance company agreeing to a payout.

In California? See our article on unsafe lane changes (CVC 22107).

What is an Express Consent Affidavit and Notice of Revocation?

What is the technical legal definition of “domestic violence” in Colorado?

Colorado Revised Statute 18-6-800.3 CRS defines “domestic violence” as: “an act or threatened act of violence upon a person with whom the actor is or has been involved in an intimate relationship. “Domestic violence” also includes any other crime against a person, or against property, including an animal, or any municipal ordinance violation against a ...

What’s the difference between DUI and DWAI in Colorado?

Colorado DUI laws or Colorado DWAI laws depending on the circumstances. DUI is a more serious offense than DWAI. Definition of DUI and DWAI DUI is short for “driving under the influence” of alcohol or drugs. DWAI is short while “driving while ability impaired” from alcohol or drugs. Drivers with a blood alcohol content (BAC) ...