in the state and is presumed to have been negligent.

To prove his or her case, the plaintiff must prove certain elements, listed in full below.

Proving these elements is not an automatic “win” of the plaintiff’s case. If a person is found to have committed negligence per se, the plaintiff must still prove:

Defenses to Negligence Per Se

There are defenses that can be raised to a claim of negligence per se. However, simply not knowing about the law or that the person violated it is not an excuse.

Below, our Colorado personal injury attorneys address frequently asked questions about negligence per se in personal injury lawsuits and the injuries you may have suffered: 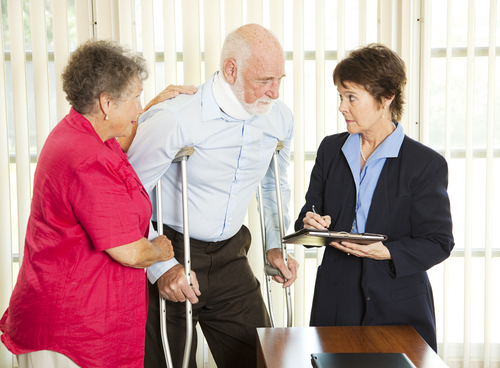 Negligence per se in Colorado occurs when a person violates a safety law, regulation, or ordinance in the state and is presumed to have been negligent.

1. What is negligence per se in Colorado personal injury cases?

in the state and is presumed to have been negligent.1

2.1 When was a statute created to prevent the same type of injury I suffered?

While this is a highly individual question, the law or ordinance used to assert a person was negligent per se must have been created:

Colorado traffic laws are often the basis of these claims. When a person violates a traffic law and causes a car accident, that is the kind of harm the rules were created to protect against.

Example: Francine is texting while driving and does not check her side mirrors before she moves into the next lane. She also does not use her turn signal. She crosses into the next lane and hits Stan. Stan is pushed off the road and is seriously injured in the collision that transpires. Francine could be found negligent per se because of her multiple traffic violations.

3. If I prove negligence per se, do I automatically win my personal injury case?

No. While negligence per se establishes many of the elements of your personal injury claim, there remain other elements that must be proven.

The injured party must still prove:

Even if a person violates a statute, the injured person must prove that the violation of the law caused the harm.4

4. Are there defenses that can be raised?

There are certain limited situations in which a defendant is not considered negligent per se despite the fact that he or she violated a Colorado law, regulation, or ordinance:

4.1 Is not knowing about the law an excuse?

Generally speaking, being unaware of the law is not an excuse for violating it.

A person who violates the law cannot simply claim he or she did not know of it in order to get out of liability in a personal injury action.6

4.2 Is a violation of the law sometimes considered reasonable?

There are certain situations where a violation of a law, regulation, or ordinance may be considered acceptable, and therefore no negligence per se will be found against a defendant.

Example: Steve is driving on a narrow and curving road and his side is covered in snow, mud, and rocks. He drives on the other side of the road, crossing a double yellow line, in order to avoid the obstruction. Steve hits Hailey head-on. Although Steve technically broke the law by crossing a double yellow line and driving on the wrong side of the road, his behavior in violating the law was necessary and reasonable. However, this does not mean Steve was not negligent, and Hailey can still file a personal injury claim against him but cannot rely on negligence per se.7