CRS 33-6-126 is the Colorado law that makes it a misdemeanor to shoot a firearm or arrow on or across a public road. Penalties include a $100 fine and five DMV license suspension points. Therefore, shooting from a public road carries no jail time. But defendants could face more serious charges if the shooting threatened others’ safety. 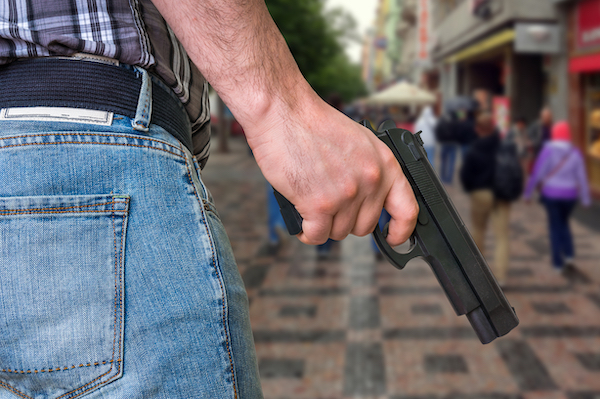 Shooting over a public roadway is a misdemeanor in the state of Colorado.

1. Can people shoot on public roads in Colorado?

No. CRS 33-6-126 prohibits anyone from discharging a firearm or shooting an arrow:

It makes no difference if the shooter is a passenger in a motor vehicle, a pedestrian, or in a building near the road. And this law applies to any public roadway. Including highways, city streets, and roads in residential neighborhoods.

“Firearms” include all types of guns, including pistols, revolvers, handguns, rifles, and muzzleloaders. Presumably, this law also prohibits shooting crossbows.

The only people permitted to shoot from public roads are authorized peace officers acting in the line of duty.1

It is a misdemeanor in Colorado to shoot from, on, or across a public road. It does not matter whether the weapon being shot is a firearm or an arrow. The penalty includes:

Adults 21 and older who amass 12 or more DMV points in a 12-month period face an automatic license suspension by the Colorado DMV.3

Note that if the shooting threatens anyone’s physical safety, the D.A. may press charges for reckless endangerment (CRS 18-3-208). This is a class 2 misdemeanor punishable by up to 120 days in jail and/or up to $750 in fines. 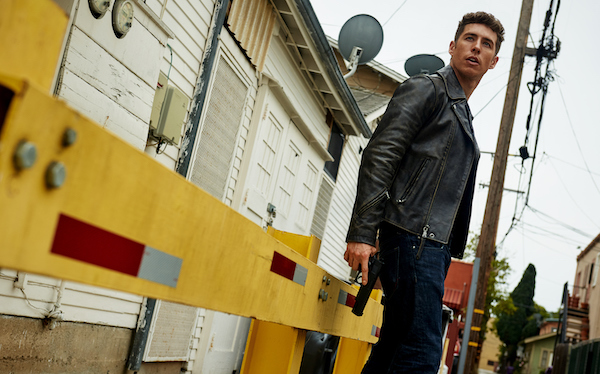 Arguing self-defense is a strategy to fight CRS 33-6-126 charges.

The best defenses to Colorado charges of shooting from a public road turn on the facts of the case and available evidence. Depending on the circumstances, five possible defenses include the following:

Note that it is not a defense that the shooting was an accident. The statute does not indicate that the defendant’s intent matters. So a shooting that occurs by mistake on or across a road is still a crime.

4. Will police confiscate the weapon?

The statute does not mention what law enforcement officers can do and whether defendants must forfeit their weapons. It likely depends on the circumstances and locale. If the police do confiscate the weapon, the defense attorney can ask the court for it back. If the court agrees, the police should comply.

5. When can the criminal record get sealed?

A conviction for shooting on a public road must remain on the defendant’s record for five (5) years. After that, the defendant may petition for a record seal.

If the CRS 33-6-126 charge gets dismissed – meaning that there is no conviction – then there is no waiting period. The defendant can pursue a record seal right away.4

Learn how to get a Colorado criminal record seal.