Under CRS 44-3-901, it is a class 2 misdemeanor offense in Colorado to sell or furnish alcohol to minors under 21 years of age. The penalties include up to 120 days in jail and/or up to $750 in fines.

[I]t is unlawful for any person … [t]o sell, serve, give away, dispose of, exchange, or deliver or permit the sale, serving, giving, or procuring of any alcohol beverage to or for any person under the age of twenty-one years.

Additionally, underage people who buy, obtain, or possess alcohol in public face 120 days in jail and/or up to $750 in fines. 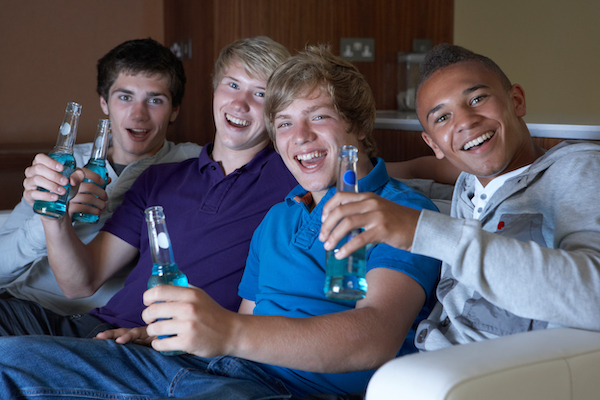 It is a Colorado misdemeanor to give alcohol to people younger than 21 under CRS 44-3-901.

1. What is the legal drinking age in Colorado?

People must be at least 21 to drink alcohol in Colorado. That includes any kind of beer, liquor, wine, champagne, malts, or spirits. This law is meant to promote public health.1

No. CRS 44-3-901 forbids selling alcohol to people under 21. For example, the following merchants may not sell, offer, or serve alcohol to underage customers:

It does not matter whether the alcohol is in sealed containers or open containers (CRS 42–4–1305).

Merchants must verify proof of age through a valid photo ID, such as a driver’s license. People who present a fraudulent ID to buy alcohol risk having the merchant confiscate it. The merchant can also detain them and call a police officer.2

3. Can adults give alcohol to underage people?

No. It is a crime for adults to provide or furnish alcohol to anyone under the age of 21. One exception is a parent or guardian can allow underage people to have alcohol in a private location. An example would be letting a child drink a sip of ceremonial wine during a religious holiday meal at home. Another example is a parent rubbing whiskey on a teething baby’s gums to soothe the pain.

Common examples of people unlawfully furnishing alcohol to minors include:

CRS 44-3-901 also makes it a crime for people to give their ID (such as a driver’s license) to an underage person to buy alcohol with.3 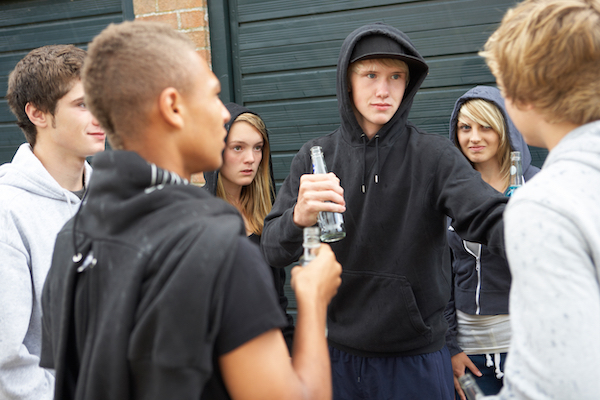 Colorado state law makes it a crime for people under twenty-one years of age to possess alcohol in public.

Merchants who sell alcohol to underage people also risk losing their liquor license in the state of Colorado.5

Note that party hosts who knowingly let underage people drink may also face civil liability under the social host liability law. Courts can make the host pay for any property damage, injuries, or even death that resulted from the underage drinking.6

5. What are ways to fight the charges?

Three potential defense strategies in CRS 44-3-901 cases include arguing that:

Defendants can still be liable for giving alcohol to underage people even if they believed they were of age. Ignorance of their age is not a defense, regardless of a convincing fake ID. In this way, CRS 44-3-901 is a strict liability crime.7

People 18 and older may serve alcohol in restaurants and bars as long as an adult 21 or older is supervising them.8

In California? See our article on furnishing alcohol to a minor (California Business & Professions Code 25658.)

What’s the difference between “sealing” and “expunging” criminal records in Colorado?

Sealing criminal records in Colorado make them invisible so they do not appear on future background checks. But prosecutors and police can still access sealed records. In contrast, expunging is physically destroying criminal records. But the only cases that can be expunged in Colorado are underage DUI, underage alcohol or marijuana possession, and juvenile offenses. ...

The license revocation period for underage drinking and driving (UDD) – which is where an under-21-year-old person drives with a blood alcohol concentration (BAC) of 0.02% to 0.05% – increases with each successive conviction. First offense: Three months. Second offense: Six months. Third or subsequent offense: One year. For a first-time offense, defendants have the ...