Some diets and medical conditions can cause the body to produce substances that are chemically similar to alcohol. These chemical substances are known as “ketones.”1

Conditions that can cause the body to produce ketones include:

To help you better understand how medical conditions and diets can produce false positives for high BAC readings, our California DUI lawyers will discuss:

Ketones are chemical substances produced when the body burns fat as an energy source. They are similar in chemical composition to isopropyl alcohol. This is the type of alcohol found in solvents such as acetone.2

Isopropyl alcohol is not the same as ethyl alcohol, the type found in alcoholic beverages.3 But many DUI breath testing devices cannot reliably tell the difference. This is how DUI breath tests can be “tricked” by the presence of ketones.

How and why does the body produce ketones?

The primary source of energy for human bodies is carbohydrates. Carbohydrates are nutrients found in plant-based foods and dairy products. 4

When we eat carbohydrates, our digestive system breaks the digestible ones down into sugars, including glucose. Glucose is the body’s main energy source. It is absorbed into the bloodstream after eating. For this reason, it is often called “blood sugar.”5

But if the body does not get enough glucose – or if it can’t use glucose because of a lack of insulin – it burns stored fat instead.6

Unlike carbohydrates, stored fat cannot be broken down in the digestive tract. Instead, it must be broken down by the liver.7 This, in turn, creates “ketones,” which the body then burns instead of glucose.8

This is the body’s normal protection against starvation. It is also a useful diet for athletes or others who need energy for strenuous workouts above and beyond the levels of glucose in their blood. 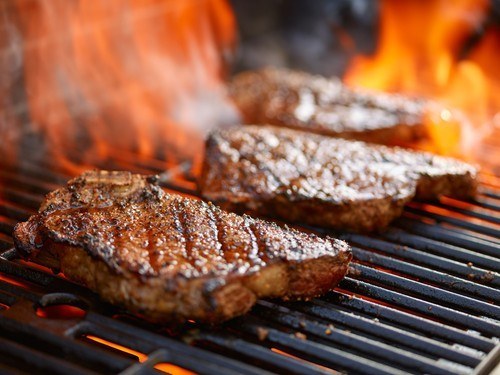 2. Does a low carbohydrate diets cause “ketosis”?

One common cause of insufficient carbohydrate intake is high protein / low carbohydrates diets (such as the Paleo or Atkins or ketogenic diet). In this case, the production of ketones is intentional. By depriving the body of carbs, the body is forced to burn fat stores.9

Other causes of the state of ketosis (high production of ketones) from too little carb intake include:

3. How does diabetes affect ketones?

Medical conditions such as diabetes can also result in excess production of ketones. This occurs due to the body’s inability to produce insulin—a hormone that helps the body burn glucose for fuel.11

In people with diabetes, however, either the pancreas doesn’t produce enough insulin (type 1 diabetes) or cells are less responsive to it (type 2 diabetes).12

As a result, the body can’t use glucose for energy. Instead, it must burn protein and fat stores. This results in two things happening:

When ketone levels in the blood get too high, it can produce a serious condition known as “diabetic ketoacidosis” (“DKA”). Drivers experiencing DKA are especially prone to wrongful arrest for DUI as the symptoms of DKA can resemble those of alcohol impairment.

Common DKA symptoms can include:

So someone suffering from DKA might not only “blow” a high BAC on a DUI breath test, he or she might appear drunk. Thus a law enforcement officer who is not a diabetes expert could easily arrest such a person for: 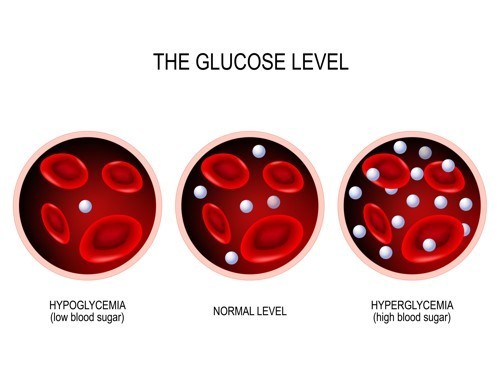 When glucose levels become too low from hypoglycemia, they can have effects on the brain similar to intoxication from alcohol

3.2. How hypoglycemia can lead to a California DUI arrest

People with Type 1 diabetes take insulin or other drugs designed to lower blood sugar levels. But if they take too much insulin relative to the amount of glucose in the bloodstream, their blood sugar can drop too low, resulting in hypoglycemia.15

Bodies need a steady supply of sugar (glucose) in order to function properly. When glucose levels become too low from hypoglycemia, they can have effects on the brain similar to intoxication from alcohol.

Symptoms of hypoglycemia can include:

Hypoglycemia in people who are not diabetic

True hypoglycemia is uncommon in people who do not have diabetes. But it can happen. Causes of non-diabetic hypoglycemia include:

4. What is ketones effect on the DUI breathalyzer?

Excess ketones are excreted in the urine and breath.18 Not all DUI breath testing instruments are sophisticated enough to distinguish between ketones and blood alcohol content.19

As a result, ketones in the breath can fool some California DUI breath testing instruments. This means some people will test above the legal limit on a California DUI breathalyzer test even if they aren’t actually drunk. Sometimes this even happens when they have not been drinking at all.

This can prove especially problematic when such people are also exhibiting visible symptoms of hypoglycemia or ketoacidosis.

5. How can these issues help me fight a DUI case?

It is important for people to tell their DUI defense lawyer if they have any medical conditions or are on a diet. An experienced attorney may be able to establish that the DUI breath tests were in error and the driver did not actually drive drunk.

Sometimes all this requires is the driver’s medical records and a few witness statements. In other cases, it may require a DUI defense expert witness.

And even if the case goes to trial, the defendant’s medical history or diet might be enough to secure an acquittal. As Orange County DUI defense lawyer John Murray20 explains:

“Diabetes, hypoglycemia, and Atkins-style diets are just a few things that can mimic DUI. It’s my job to make the jury understand that things aren’t always what they seem when it comes to an alleged California drunk driving charge.”

If you were arrested for DUI and think your medical condition or diet may be to blame, we invite you to contact us for a consultation.

Contact us to discuss your case confidentially with one of our experienced California DUI defense attorneys.

We also have experienced Nevada DUI attorneys in our Las Vegas and Reno offices who represent clients accused of violating Nevada’s DUI laws.