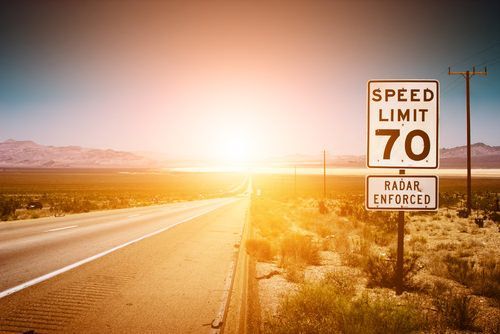 There are five important points to know about speeding on California’s freeways.

1. Is it illegal to drive over 70 miles per hour on a California freeway?

Section 22356 of California’s Vehicle Code permits the California Department of Transportation to increase the speed limit on the State’s highways from 65 miles per hour to 70 miles per hour.1

No person shall drive a vehicle upon that highway at a speed greater than 70 miles per hour, as posted.2

The 70 miles per hour speed limit imposed is an absolute speed limit. This means a motorist violates the law simply by driving one mile per hour more than the speed limit.3

2. Are there legal defenses if accused of speeding on a California freeway?

There are four common defenses if a person is accused of speeding or violating Vehicle Code 22356 VC. These include: 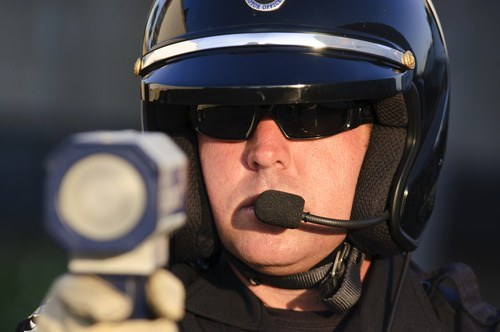 Depending on distance from radar device, a car might appear as traveling faster than it actually was

2.1 Can I fight a speeding ticket even if a radar was used?

As to the first showing, note that a radar device measures speed by shooting out a beam at a target (here, a speeding car). The width of this beam increases with distance. As it increases, it’s possible that the path of the beam will include other cars and objects. The result is that a car might appear as traveling faster than it actually was. It may also be possible to show that the citation constituted an illegal speed trap barred by Vehicle Code 40801.

Motorists can represent themselves when fighting a California speeding ticket. But, it’s recommended that anyone charged with this violation hire an experienced lawyer to represent them.

3. Defendants with defense lawyers do not have to go to court.

The possible consequences of a motorist driving over 70 miles per hour on a California freeway include:

3.1 Do I get a ticket for speeding or get my license suspended?

A driver that violates VC 22356 will receive a speeding ticket and may get a suspension of his driver’s license.

Violators of Vehicle Code 22356 will receive one point on their DMV driving record.5

Points assessed on a motorist’s record are reported to that motorist’s insurance carrier. The result is typically an increase in the driver’s insurance rates for several years.

The driver generally should not get any points on his driving record if he completes the school.

4. Do I have to attend traffic school if I drive over 70 miles per hour on a California freeway?

Motorists that violate Vehicle Code 22356 VC do not have to attend traffic school.

It is not a crime if a motorist drives over 70 miles per hour on a California freeway.

6. What happens if I ignore a California speeding ticket?

Two things happen if you ignore a speeding ticket. These are:

Nor does it matter whether you’re guilty or innocent of the underlying traffic citation.10 You violate Vehicle Code 40508 just by breaking a promise to:

7. What is the effect of a speeding violation on a personal injury lawsuit?

A driver who speeds over 70 miles per hour on a California freeway, and thereby causes an accident, is likely to be found negligent in a personal injury lawsuit.

This means a driver would be negligent per se if driving more than 70 miles per hour since he would be in violation of VC 22356.

There are three laws related to speeding on California’s freeways. These are: 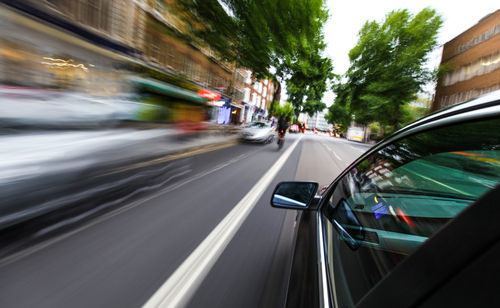 The basic speeding law in California requires motorists to drive at a reasonable and safe speed.

8.1 What is California’s basic speeding law?

No person shall drive a vehicle upon a highway at a speed greater than is reasonable or prudent having due regard for weather, visibility, the traffic on, and the surface and width of, the highway, and in no event at a speed which endangers the safety of persons or property.13

A motorist found in violation of VC 22350 will face the same penalties as a violator of VC 22356. Again, these include:

If a driver is driving faster than a “prima facie” speed limit, it doesn’t necessarily mean that he is speeding and in violation of the law.

A driver can still be found not guilty of speeding if he can show that he was not in violation of the basic speeding law. This means he must show that his speed was safe and reasonable under the given circumstances. If the driver cannot do this, he is in violation of California Vehicle Code 22351 VC.17

A motorist found breaking California’s “prima facie” speed limits will face the same penalties as a violator of VC 22356. Again, these include:

1. A speeding ticket and the possibility of a license suspension.18

2. One point on the motorist’s DMV driving record.

California’s Reckless Driving law makes it a crime to drive with a wanton disregard for the safety of people or property.19

For criminal defense and personal injury cases, we invite you to contact us for a free consultation.