Penal Code 548 PC makes it a crime willfully to injure, destroy, secrete, abandon or destroy any property for the purpose of bringing a fraudulent insurance claim. A conviction is a felony punishable by up to 5 years in jail or prison, and up to $50,000.00 in fines.

Note that the statute is often cited as 548 PC or 548 CPC as abbreviations for the California Penal Code.

The language of the statute reads as follows:

548. (a) Every person who willfully injures, destroys, secretes, abandons, or disposes of any property which at the time is insured against loss or damage by theft, or embezzlement, or any casualty with intent to defraud or prejudice the insurer, whether the property is the property or in the possession of that person or any other person, is punishable by imprisonment pursuant to subdivision (h) of Section 1170 for two, three, or five years and by a fine not exceeding fifty thousand dollars ($50,000).

For purposes of this section, “casualty” does not include fire.

(b) Any person who violates subdivision (a) and who has a prior conviction of the offense set forth in that subdivision, in Section 550 of this code, or in former Section 556 or former Section 1871.1 of the Insurance Code, shall receive a two-year enhancement for each prior conviction in addition to the sentence provided under subdivision (a). The existence of any fact which would subject a person to a penalty enhancement shall be alleged in the information or indictment and either admitted by the defendant in open court, or found to be true by the jury trying the issue of guilt or by the court where guilt is established by plea of guilty or nolo contendere or by trial by the court sitting without a jury.

The offense is sometimes called “staging an accident.” The statute is one of several of California’s auto insurance fraud laws.

Luckily, there are several legal defenses that a person can raise if accused of a crime under Penal Code 548. These include showing that the defendant:

A violation of this code section is charged as a felony (as opposed to a misdemeanor or an infraction).

Please note that in lieu of jail time, a judge may award a defendant with felony (or formal) probation. 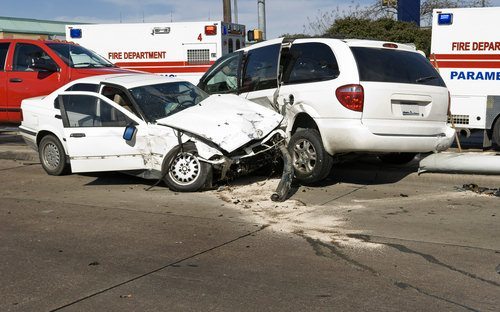 1. Is it a crime to stage an accident or an auto theft?

Penal Code 548 PC is the California statute that makes it a crime for a person to purposefully damage or abandon a vehicle in order to submit a claim with an auto insurance company.1

A prosecutor must prove two things in order to convict a person under this statute. These are that the defendant:

“Intent to defraud” means an intent to deceive the insurance company so as to cause them a loss of money, or else to cause damage to their legal, financial or property rights.3

An accused can be guilty of this crime even if the insurance company never loses money because of his actions—and even if the car was not his.4

Also note that a person can be guilty if the applicable insurance policy was invalid, provided that:

Three common defenses to accusations under PC 548 are:

The language within Penal Code 548 states that an accused is only guilty if he acts with the intent to defraud the insurer. Therefore, it is always a legal defense for a defendant to show that he did not act with this requisite intent.

Thus, it is a valid defense for a defendant to say that a party falsely accused him of violating Penal Code 548.

If a person was stopped or arrested for violating PC 548, and there was no probable cause, then any evidence obtained following the improper stop/arrest could get excluded from the case. This exclusion could result in the dismissal or reduction in charges. 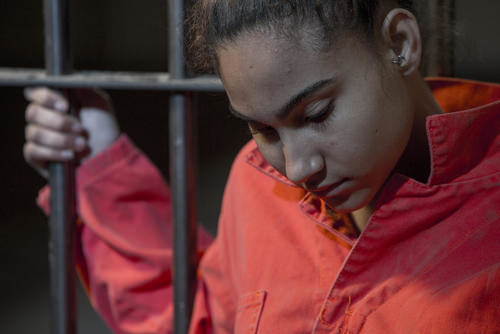 A violation of Penal Code 548 is charged as a felony.

Please note that in lieu of jail time, a judge may award a defendant with felony (or formal) probation.

Also, note that there is a two-year sentence enhancement for each prior felony conviction for auto insurance fraud under Penal Code 548 or 550.7

There are three crimes related to auto insurance fraud by damaging or abandoning a vehicle. These are:

Penal Code 549 PC is the California statute that makes it a crime for a person to refer someone to an auto repair shop with the knowledge that the professional will submit a fraudulent insurance claim.8

PC 549 is a wobbler offense, meaning that it can be charged as either a felony or a misdemeanor.

The potential felony penalties are:

The potential misdemeanor penalties are:

Penal Code 550 PC is the California statute that makes it a crime for a person to submit fraudulent auto insurance claims.11 It is also a crime under this statute if a person:

In general, violations of this statute are charged as felonies. The punishment may include:

Penal Code 551 PC is the California statute that prohibits the unlawful referral to an auto repair dealer.14

Depending on the facts of the case, a violation of PC 551 can be charged as either a misdemeanor or a felony. Penalties can be as harsh as:

If you or someone you know has been accused of a crime under Penal Code 548 PC, we invite you to contact us for a free consultation. We can be reached 24/7.