How do I clear a "failure to appear" and avoid jail?

California Penal Code 1214.1 PC imposes a $300 fine on a person who fails to appear in court for a required criminal proceeding. This applies to proceedings for

Specifically, 1214.1 PC states that “in addition to any other penalty in infraction, misdemeanor, or felony cases, the court may impose a civil assessment of up to three hundred dollars ($300) against a defendant who fails, after notice and without good cause, to appear in court for a proceeding authorized by law…”

Note that the failure to appear may also lead to additional criminal charges against an accused under Penal Codes 1320 PC and 1320.5 PC.

The penalties for failing to appear under these two statutes can include:

Please note that if a person does not appear in court for a California traffic ticket, he be charged with “failure to appear” under California Vehicle Code 40508 VC. 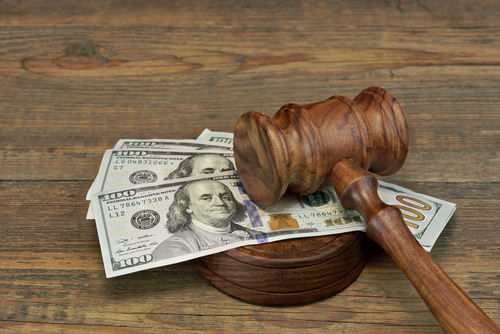 Penal Code 1214.1 PC is the California statute that states a person must pay a $300 fine if he fails to appear in a court-ordered criminal proceeding.1 This proceeding can be for any of the following crimes:

Note that a prosecutor must prove two things in order for a defendant to be fined under this statute. These are:

The use of the language “without good cause” means that a defendant may have a valid legal defense to any charges under PC 1214.1 if he failed to appear because of a good cause. One example would be that an emergency led to his failure to appear.

2. Is it a crime to fail to appear in court?

A person can be charged with the crime of “failure to appear” in California if:

The penalties for failure to appear in California depend on the type of crime that the party was initially charged with or convicted of.

If initially charged with or convicted of a misdemeanor, and the defendant was released on his own recognizance, then failure to appear is a misdemeanor.7 The penalties include up to six months in county jail.

But if a party was either:

then failure to appear will be a felony under California law.8

Potential penalties include a county jail sentence of up to one year.9

Judges will sometimes waive the fine imposed by 1214.1 PC.

Luckily, there are several legal defenses that a defendant can raise if accused of a crime under either PC 1320 or 1320.5. These include showing that the defendant:

As to the first defense, please recall that a defendant must act “willfully” to be guilty under these statutes. This means it is always a defense for an accused to say he did not act with willful intentions. For example, maybe a defendant was simply unaware of a court date or proceeding.

As to the second defense, recall that a defendant cannot be charged under these statutes unless he had the specific intent to evade the process of the court. A defense, therefore, is to show that a defendant did not act with this requisite intent. Maybe he missed a court appearance, for example, on account of an emergency.

Vehicle Code 40508 VC is the California statute that says it is a crime if a person fails to appear in court for a traffic ticket.

A prosecutor must prove three things to successfully convict a person under this statute. These are:

A violation of VC 40508 is charged as a California misdemeanor. The crime is punishable by:

If you or someone you know is interested in more information on Penal Code 1214.1, we invite you to contact us for a free consultation. We can be reached 24/7.

For information on failure to appear laws in Nevada, please see our article on: “Nevada Laws re “Failure to Appear” (NRS 199.335) Explained by Las Vegas Criminal Defense Lawyers.”