What’s the difference between pimping and pandering? 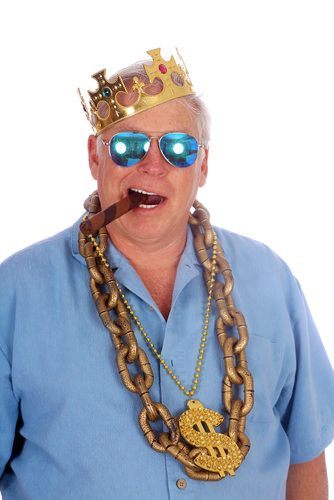 Pimps can oftentimes be seen wearing a lot of gold

The main difference between the crimes of pimping and pandering are:

The receipt of money is not a part of a pandering offense. Rather, the focus is on the convincing or persuasion.

Both offenses are considered felonies. They are punishable by:

In 1989, the State of California signed into law a misdemeanor pimping and pandering statute – Penal Code 653.23 PC. This code section makes it a misdemeanor offense for a person to supervise or aid a prostitute.

What is the crime of pimping?

Pimping is an offense usually committed by a person receiving the earnings of a prostitute.

A prosecutor must prove the following in order to convict a person of this crime:

The law defines a “prostitute” as a person who engages in sexual intercourse or any lewd act with another person in exchange for money (or other compensation).

A “lewd act” means physical contact of the genitals, buttocks, or female breast of either the prostitute or customer with some part of the other person's body for the purpose of sexual arousal or gratiﬁcation.

Examples of pimping include:

What is the crime of pandering?

Pandering is best conceptualized as the persuading of a person to become, or remain as, a prostitute.

A prosecutor must prove the following in order to convict a person of this crime:

The term “prostitute” has the same meaning as used for the crime of pimping.

Examples of pandering include:

What are the penalties for pimping and pandering?

Both crimes are charged as felonies. They are punishable by:

These penalties become harsher if a person is accused of pimping or pandering a minor. More severe penalties include:

What are California's misdemeanor pimping and pandering laws?

Penal Code 653.23 PC is the California statute that sets forth misdemeanor pimping and pandering laws.

This code section makes it a misdemeanor offense for a person to supervise or aid a prostitute. Acts that may get charged as crimes under this statute include: