The U.S. Constitution protects the rights of the public against unreasonable searches and seizures by law enforcement. The Supreme Court has long held that random traffic stops qualify as unreasonable seizures in violation of the Fourth Amendment. In order to justify a traffic stop, police officers must have probable cause, or at least reasonable suspicion, that a driver has violated some law or traffic code.

A traffic stop occurs when a police officer signals a driver to pull over. The police are not permitted to randomly stop motorists to check a driver’s license or vehicle registration without a reasonable suspicion that the driver does not have a license or that the vehicle is not registered.

In order for the traffic stop to be legal under the Fourth Amendment, the officer must be able to articulate specific facts to support a reasonable suspicion or probable cause that the driver has committed a traffic infraction or other crime. Any evidence obtained from an illegal traffic will not be admissible in court. 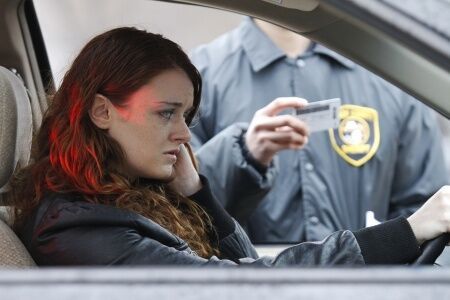 Some legal justifications for a traffic stop include:

DUI checkpoints are roadblocks where law enforcement officers stop drivers to check for indications of intoxication.  At a DUI checkpoint, the police stop every single car without any reasonable suspicion that any of these drivers are driving drunk. On the face of it, it appears that these types of sobriety checkpoints are illegal random traffic stops in violation of the Fourth Amendment. (Learn more about San Diego DUI penalties.)

However, Supreme Court decisions have applied a balancing test standard, holding that a state’s strong interest in protecting the safety of the public from drunk drivers outweighs individual Fourth Amendment rights. In the 1990 Supreme Court case Michigan Dept. of State Police v. Sitz, the high Court held that DUI checkpoints are a reasonable and legal method of law enforcement.

However, searches and seizures that occur randomly or that are overly burdensome or intrusive will generally not be considered reasonable by a court.  Any evidence acquired as a result of such a search are inadmissible in a legal proceeding.

The California Vehicle Code 2814.2 requires drivers to stop and submit to a sobriety checkpoint inspection conducted law enforcement when signs and displays are posted requiring that stop. However, the California Supreme Court determined that in DUI checkpoints within the state must meet the following requirements.

If you believe your right have been violated by an illegal random traffic stop or DUI checkpoint in San Diego, contact us to ensure you have a competent legal defense.