Shouse Law Group › California › California Blog › Gun Laws › What is a Zip Gun and is it Illegal in California? (Penal Code 33600 PC) 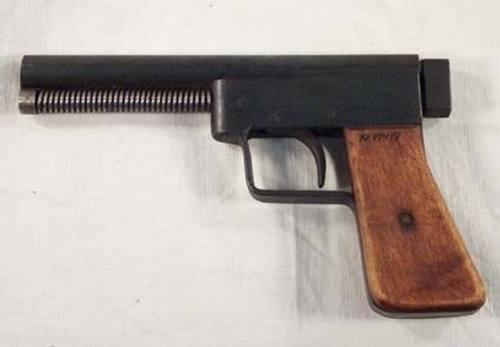 A zip gun is essentially a cheap makeshift gun.

A zip gun is essentially a cheap makeshift gun. Persons make them using supplies from around their home or found at a local hardware store. Zip guns are sometimes favored by an offender because they’re relatively untraceable and can be thrown out after a single shot. The term “zip” is used because a rubber band is often used to help fire these weapons.

Under California Penal Code 33600 PC, it is illegal if a person does any of the following with zip guns:

If a person performs any of these acts with a zip gun, he can get charged with either a misdemeanor or a felony, depending on the specific facts of a case. The penalties for either charge can include imprisonment for one to three years and/or substantial fines.

The Law on Zip Guns

PC 33600 is California’s statute governing zip guns. According to this code section, it is a crime if any person:

Further, 33690 PC states that any zip gun is a nuisance under California law. This means that the State can “enjoin,” or prohibit the:

manufacture of, importation of, keeping for sale of, offering or exposing for sale, giving, lending, or possession of [any zip gun] …

A violation of this section is a wobbler offense, meaning that it can be charged as either a misdemeanor or a felony.

Penal Code 1170(h) PC is a catchall provision for felony sentencing. It allows a judge to sentence a defendant to a county jail term of:

Please note that certain people and/or situations are exempt from prosecution for possessing a zip gun and other prohibited weapons. For example, members of law enforcement agencies may sell, transfer, or possess zip guns. The same holds true for some antique dealers.

Does California have an “attractive nuisance” doctrine?

Can an employer in CA deny me a job because of a DUI?

What is considered a firearm in Colorado?

When are BB guns illegal in Nevada?

How can I restore my gun rights after a Colorado criminal conviction?